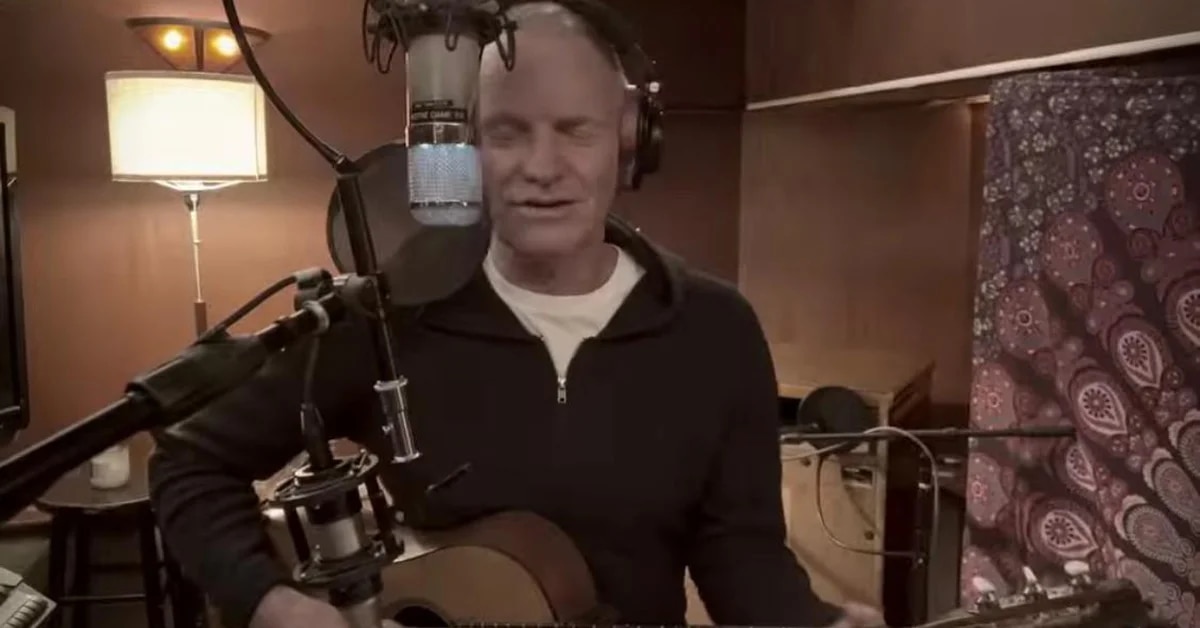 The singer published a new “Unplugged” or acoustic version of the song on his social networks, accompanied by a message clarifying that he had not sung it for a long time.

“I have rarely sung this song in the many years since it was written, because i thought i wouldn’t be relevant again“, Explain.

In his pre-performance message, Sting says that “in light of one man’s bloody and misguided decision to invade a peaceful and brotherly neighbor, this song is once again a plea for our common humanity.”

“Russians” It was part of the Briton’s first solo album after splitting from his band, The Police. The song became one of the highest charting hits in the first decade of his solo career.

On this occasion the British dedicates the performance to “the brave Ukrainians who fight against this brutal tyranny and also for the many Russians who protest against this outrage despite the threat of arrest and imprisonment.”

“We all love our children. Stop the war”sentence before beginning with the performance in an intimate studio, playing a guitar and accompanied by a cello.

In Europe and America,

there’s a growing sense of hysteria,

conditioned to respond to all threats.

In the rhetorical speeches of the Soviets,

Mr. Khrushchev said: “We will bury them.”

I do not agree with this point of view,

It would be doing something very ignorant,

if the Russians also love their children.

How can I save my little

There is no monopoly in common sense,

on neither side of the political fence.

believe me when i tell you

that I hope Russians love their children too.

There is no historical precedent

to put the words in the president’s mouth.

There is no such thing as a “winnable” war.

It’s a lie we no longer believe.

is whether the Russians love their children too.

Ballet star leaves the Bolshoi for the invasion of Ukraine: “I never thought I would be ashamed of Russia”
Arnold Schwarzenegger’s emotional message to the Russians and a strong claim to Putin: “You started this war and you must stop it”
Putin intensifies his attacks on civilians in Ukraine: more than 75 dead in the last hours
How Russian censorship is fought from virtuality

The moving song that Sting reinterpreted in support of the Ukrainians: “I hope the Russians love their children too”