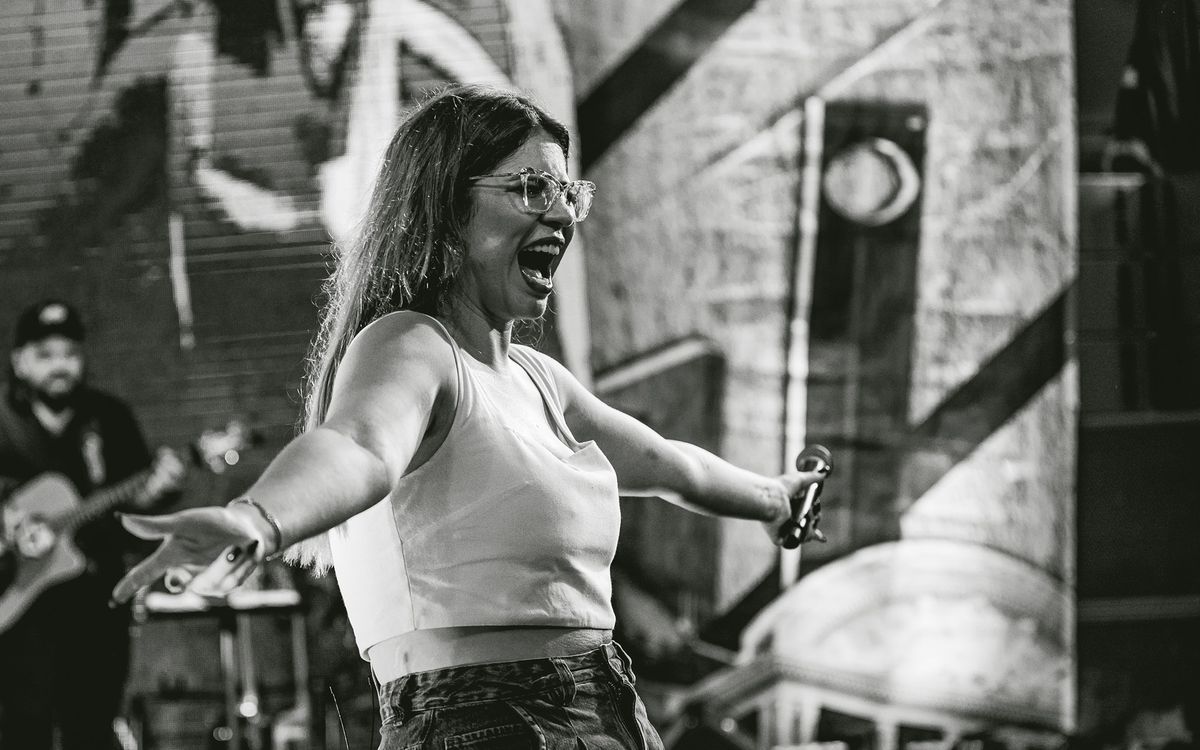 Brazil is mourning the death of one of its most popular singers. And that in this country where music never stops ringing and listening to it is like breathing there are many tens of millions of followers. Shock and disbelief persist at the sudden disappearance of Marília Mendonça on Friday, November 5 when the plane crashed in which he was traveling to give a concert. At 26, she had a consolidated career as a singer and songwriter. Lofty like the queen of the sertanejo, the country Brazilian, his death has placed the focus on the genre that in the last decade has become the greatest musical success in the country of samba, Chico Buarque and Roberto Carlos.

The melodies about passions, suffering, loves and heartbreaks born in Brazil by farmers wearing hats and cowboy boots came out with force from the interior to triumph in the rest of the country. And punctually, beyond. In 2011, a piece sung by Michel Teló, with a catchy chorus that said “Nossa, nossa, Asim você me mata” (Lord, Lord, that’s how you kill me), became a international phenomenon after Neymar and Cristiano Ronaldo danced it to celebrate their goals.

Festivals around rodeos, YouTube and Spotify propelled the sertanejo to unknown horizons. until the coronavirus took everything ahead, the Barretos festival, the largest of the genre, gathered in the interior of São Paulo a million spectators every year. And among the infinity of musical genres illuminated by Brazil, it triumphs as the most listened to on the mobile phone. She won two Latin Grammys for best sertanejo album and this year she was a candidate.

Mendonça’s powerful and hoarse voice was one of the best in contemporary Brazilian music, but the young woman also stood out as innovative. She led a handful of women who revolutionized the sertanejo – and expanded the market – with their mere presence on stage and songs with a feminist message, with lyrics that stopped talking about women as submissive beings, reflecting the longings of the eternal secondary , which encouraged them to be free. “I’m throwing you out of my heart / assume the consequences of this betrayal,” he sang in Unfaithful, with which he conquered Fame. Now I was thrown into the draft Mistresses (Employers), together with the duo Maiara and Maraisa, who encourage resistance to sexist violence, to demand equal pay, to enjoy with friends …

Revolutionary affairs in a traditionally conservative and macho genre monopolized until not so long ago by male duos in which stars like Chitaozinho & Xororó they last for decades.

this is the reality my people! hahahah💪🏼🏋🏻🥬🥦
Tell me here in the most delicious comments of this wonderful state that is Minas Gerais! pic.twitter.com/cGBx2kJrzR

Marília Mendonça filled stadiums and, after hibernating on YouTube during the pandemic, she was resuming live concerts. This month he was going on a European tour with stops in London, Brussels, Lisbon and Porto. She was also a 2.0 artist, one of those who relate her day to day on social networks. His latest publication is impressive because it includes images broadcast when his flight took off. She is seen walking towards the air taxi with a suitcase and her guitar, elegant, in a black and white checked suit with touches of color and sunglasses. Sitting by the emergency exit, she jokes about her diet. When the death was confirmed, the artist had 36 million followers on Instagram (now there are 41 million). The day after her death, she surpassed Adele and Taylor Swift as the number one singer on Spotify.

Family and fans watched over her in Goiania, a city 200 kilometers from Brasilia, which is the epicenter of the millionaire industry of the sertanejo. From there, the 33-year-old singer Vitor Zara tells by phone that he knew her from when she was a composer who offered her songs to professional singers in the hope that they would triumph and open the doors of the stage for her. In the end, she became a star while he is still pursuing success in the trade in which he debuted at age ten. As a child, Vitor Zara went to school and at night he sang to love in clubs in small towns under the watchful eye of his father.

He is convinced that Mendonça’s legacy will be lasting in cowboy music, that many young women will walk the path that he opened: “He innovated on stage and in music. (In her music), the woman also suffered for love. It was no longer ugly that he suffered in a bar, or with a man, as friends, “he explains. These days it has been remembered as groundbreaking that sometimes he sang beer in hand.

Goiania concentrates dozens of studios turned into authentic factories of hits. The sertanejo drinks from original musical sources mixed with the country from the United States and, in recent years, pop. He is proud of the viola caipira, an instrument that plays alongside the guitar. And it is closely linked to the world of rodeos. Yes, Brazilian cowboys also ride cattle. “There was a lot of prejudice towards us, they saw us as villagers. But since today agribusiness triumphs in the Brazilian economy, they already look at agriculture and us in a different way ”, explains the singer from sertanejo. There is a rebirth of country pride. He believes that the genre triumphs “because it is positive music, to relax, and dance with the girlfriend”. Also, he says, because “he identifies with the Brazilian people, with all Brazilians.” He says that once he went to sing before some indigenous people on the Xingu River “and they all knew the lyrics.”

The Brazilian musical elite used to look down on them for their rural origin and conservative values ​​(it is a Bolsonarista fishing ground), but as they have become a mass phenomenon the winks multiply. In offering his condolences, Caetano Veloso recalled the mentions of Mendonça that he included in a song and Gal Costa, a recent collaboration. Bolsonaro, little given to praising Brazilian artists, even when they pass away, was quick to praise their legacy.

The causes of the accident in which two other people from his team and the two pilots died are still unknown. It is known that the air taxi was about to land in Caratinga (Minas Gerais) when, according to witnesses, it collided with the power lines. Specialists point out that the pilot attempted an emergency landing in a river because the terrain is mountainous, but the impact was fatal. The career of a singer who conquered the hearts of her compatriots came to an abrupt end.

The mourning for Marília Mendonça reveals the power of Brazilian country