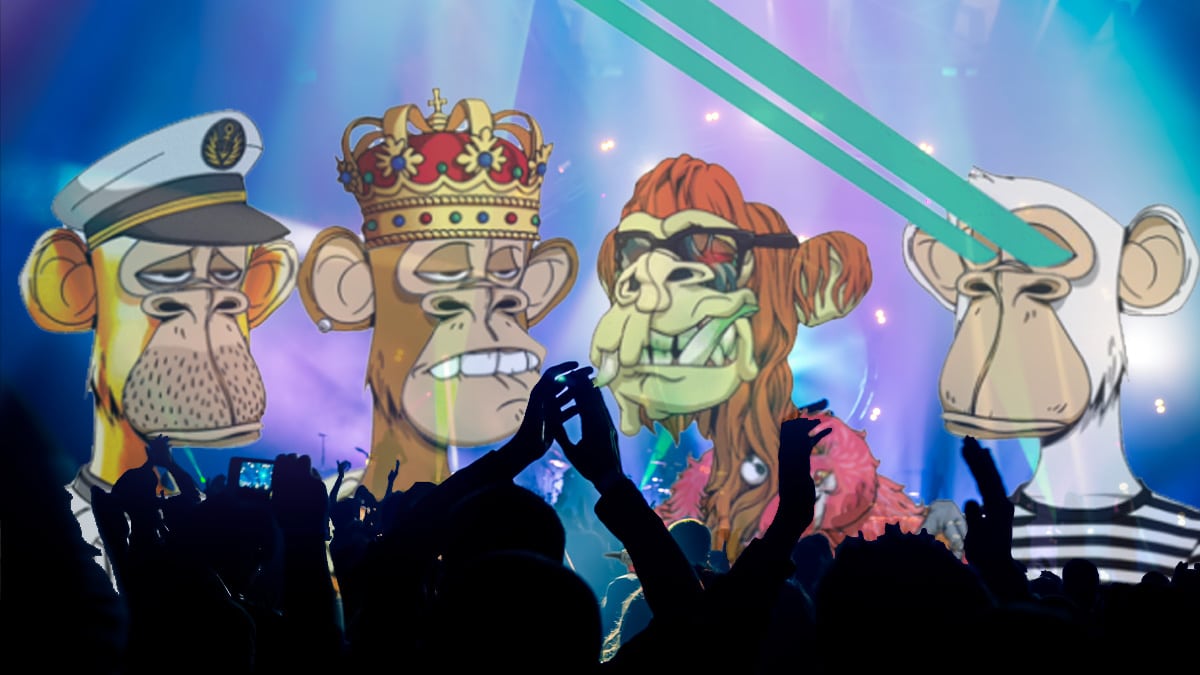 Has competition come to Gorillaz? It seems. A Web3 firm called 10:22 PM, which is responsible for developing artists, intellectual property and supporting digital creators, announced yesterday the formation of the band KINGSHIP, which will be made up of no more and no less than five characters from the Bored Ape Yatch Club (BAYC), one of the most successful non-fungible token (NFT) projects on the market.

This was highlighted by Universal Music in a Press release, where they explain that KINGSHIP was formed by the founder of 10:22 PM, Celina Joshua, who was the one who designed the first exclusive agreement that will create a metaverse musical grouping.

10:22 PM is a next generation label that works directly with Universal Music. They date back to 2018 and use new technologies for this kind of project.

«With KINGSHIP, 10:22 PM will guide the group in the development and release of new music, NFT, community-based products, activations and experiences in the metaverse, and will start a new generation of artists, fans and participation of the community ”, they say in the publication.

And they add that the owners of the apes Bored Ape and Mutant Ape (which are part of the official club) will also have access to all services and experiences from the band.

My team and I will work with KINGSHIP to hone their vision and develop their unique sound. Each member of the group has their own story and personality that influences and contributes to the overall narrative. Through music and events across the metaverse, we will bring the apes of KINGSHIP to life by building communities and public services, and entertaining audiences around the world.

The members will be NFT collector’s property and enthusiastic Jimmi McNeils. They are known to be a mutant monkey and three other bored ones, standing out the rare Golden Fur and Bluebeam Apes. Interestingly, McNeils sold one of his Bored Ape NFTs for USD 3.4 million at a Sothelby’s auction.

“This deal is a prime example of how powerful commercial rights are for collectible NFT projects and their collectors,” said McNeils.

This comes after the BAYC launched 10,000 unique NFTs in April of this year, granting collectors 100% monetization rights to the characters. When they were finished, the Mutant Ape Yacht Club, a collection of 20,000 versions mutants of the original apes. This was in August 2021.

Joshua agreed that the creation of the band has been “incredibly fun and imaginative.” According to her, with KINGSHIP they are inventing what is possible in real time.

The fact that now four of these monkeys are going to be brought to music, simulating the famous animated band Gorillaz, whose beginnings date back to 1998; let it be known that the popularity of the NFT project is on the rise.

Gorillaz, a group made up of musician Damon Albarn and illustrator Jamie Hewlett, has won Grammy Awards and sold some 25 million albums so far. They are, indeed, an inspiration for KINGSHIP.

This is what the manager of the NFT band, Nicholas Adler, told Decrypt. According to the representative, the alternative music band is the «north star»For the boring monkeys project.

The BAYC has grown so much that it is about to launch a custom token on Ethereum, to which club members may have access. According to reportamos In CriptoNoticias, it is an ERC-20 token, which can be exchanged in decentralized exchanges.

According to the Yuga Labs team, the intention is to launch the token for the first quarter, for which they are working with the blockchain firm Horizen Labs (which already has its own token – $ ZEN-) and with the legal team of Fenwick & West LLP, “the legal team representing many of the major blockchain projects.”

And more recently, it became known that BAYC partnered with the magazine Rolling Stone, which published two tokenized versions showing two of these characters. It was the debut of this famous magazine in the world of NFTs. All of this proves that 3D life is moving into the metaverse.

The metaverse has a musical band: mutant monkeys inspired by Gorillaz