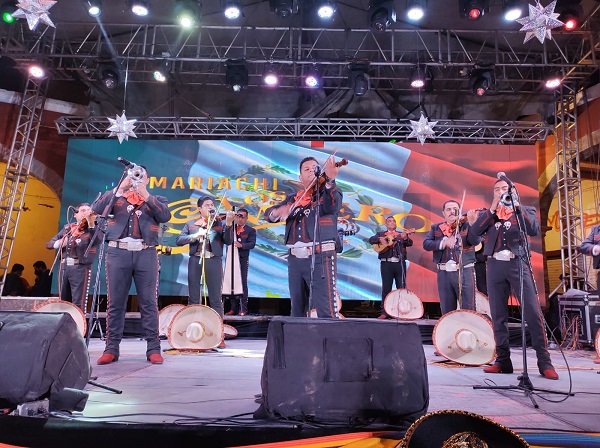 Juventino Rosas, Guanajuato, September 12, 2021. With the participation of 19 musical groups, the 8th was successfully carried out. Mariachi Festival 2021 in the main garden of the Juventino Rosas municipality.

Implementing the sanitation and controlled capacity measures established by the Ministry of Health, the municipality, through its Directorate of Economic Development, and with the support of the Secretariat of Tourism of Guanajuato, through the Directorate of Tourism Products, met the last Friday 10, Saturday 11 and Sunday 12 September, to mariachis, artisans and the gastronomic sector in this event that had the objective of reactivating the economy of the city.

Juventino Rosas, “Tierra de Mariachis”, has a record of 24 groups of this popular genre and the most famous musical tradition in Mexico.

The festival was enriched with the exhibition and sale of handicrafts such as silver, belts, copper, clothing, typical gastronomy, overflowing, woven bag, wooden toys, looms, made in the municipality of Juventino Rosas, San Miguel de Allende, Santiago Maravatío; as well as Tlaxcala and Michoacán.

In a 100% family atmosphere, the visit of people from Celaya, San Miguel de Allende, Villagrán, Cortázar, León and Dolores Hidalgo was registered.