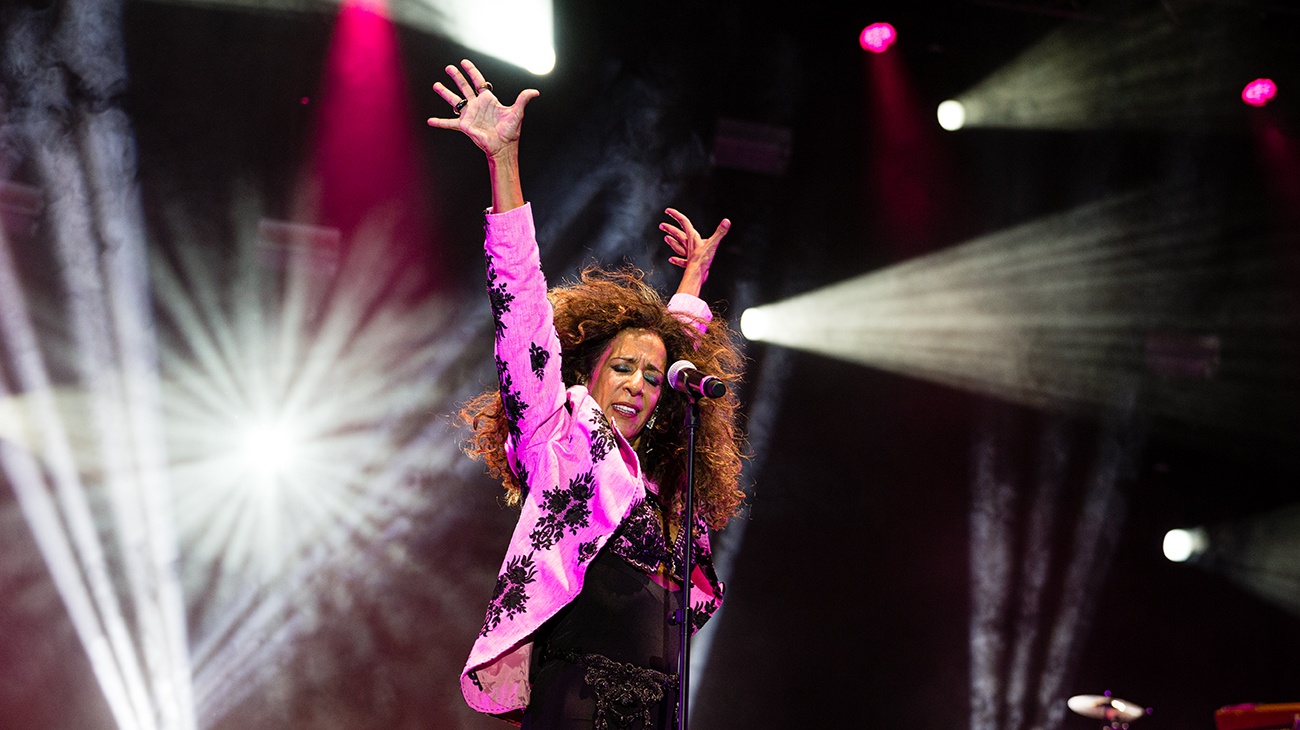 Rosario, also known as the ‘pharaoh of pop’, gave a great concert in Ciudad Real last night before a dedicated audience that, eager for live shows, barely contained themselves to remain seated in their seats and not get up to dance some of the best known and animated songs of the Madrid singer

You can tell that he has been behind the scenes for many years and that he has that flamenco duende that completed a superb show that served to open the ‘Concerts in Emblematic Spaces and Places 2021’ program organized by the Ciudad Real Provincial Council and which on this occasion featured with the collaboration of the City Council of Ciudad Real.

Rosario made the nearly a thousand people who filled the Ciudad Real Auditorium (the capacity has been reduced as a result of the security measures stipulated by the Covid) live a magical evening. Accompanied by an important and large cast of musicians and artists, Rosario excitedly recalled how “since I was little my dream was to be an artist. So I am very grateful that it has come true. I’ve been in music for a long time, I feel loved by my people and my audience and I can make music that I like, so I can’t ask for more from life ”.

With a clean and powerful voice, something that can sometimes be complicated when you dare to insert the choreography in some songs, the little girl from the Flores saga, who has behind her a long musical career, which has been endorsed by numerous recognition and platinum records, he opened his show with the animated ‘I tell you everything and I do not say na’ to later perform other songs such as the emotional ‘White butterflies’ and ‘Yo me niego’.

Rosario thanked the audience for attending the concert: “A little music is always appreciated, because the music has to go on. And I appreciate that you are with me tonight, because it was time for me to perform in Ciudad Real! ”.

It was a very worked, visual and round show, in which nothing was left to improvisation. Undoubtedly, the two dancers who accompanied the artist with their clapping, heels and box touches, contributed even more to enhance the show, within that exciting musical journey that the singer uses to fuse flamenco, with Latin pop and rumba. , spiced up by electric guitars, keyboards, bass, Spanish guitar and drums.

One of the most critical moments of the night came when Rosario performed several of her best-known songs such as’ Al son del tambor ‘(the rumba dedicated to her father Antonio González’ El Pescailla ‘),’ As you want me to love you ‘and’ De ley / Migato ‘.

After half an hour of concert, Rosario sang ‘Qué bonito’, a beautiful ballad whose lyrics are dedicated to her brother Antonio Flores, whom she recognized as one of the most important people in her life. “Before my brother used to compose my songs, and when he left he thought that I couldn’t make any more music. But I’m sure that magic exists and that he has helped me from heaven to make this song, ‘Rosario explained through her voice somewhat broken by mixed feelings.

The gala continued with other well-known songs such as ‘I’m here’, ‘I love you, I love you’ (by singer Nino Bravo), ‘Hey cousin’, ‘My grandmother’s tangos’, dedicated to his mother, the artist with capital letters, Lola Flores, and ‘Mía mama’.

The nearly two-hour show ended with ‘No doubt’, the mythical song by his brother Antonio Flores’ and with ‘Many flowers’ which became the only encore of the night for a concert that will be remembered as one of the best of all those that have been held in Ciudad Real capital in this post-pandemic time and that had as an exception audience some of the components of the Valladolid group ‘Celtas Cortos’, among which was the singer Jesús Hernández Cifuentes.

It should be remembered that Celtas Cortos perform tonight in Villarta de San Juan, within the shows organized by the Provincial Council for the ‘Concerts in Emblematic Spaces and Places’.

Rosario ended her concert thanking the audience “for feeling me”, wishing them “love and health” to conclude with a long live music!

Prior to Rosario Flores’s concert in Ciudad Real, it was the turn of the local group ‘Les Bastians’, a band that mixes Latin and Spanish pop with certain touches of rock and that, during its nearly 40 minutes of performance, performed some of the songs that appear in his latest EP ‘El Abismo’, such as the hit ‘Impossible to understand’. You can see that there is a lot of musical wood in the province of Ciudad Real.

‘Les Bastians’ were excited to play live again and thanked the Provincial Council and the City Council of Ciudad Real for the occasion.