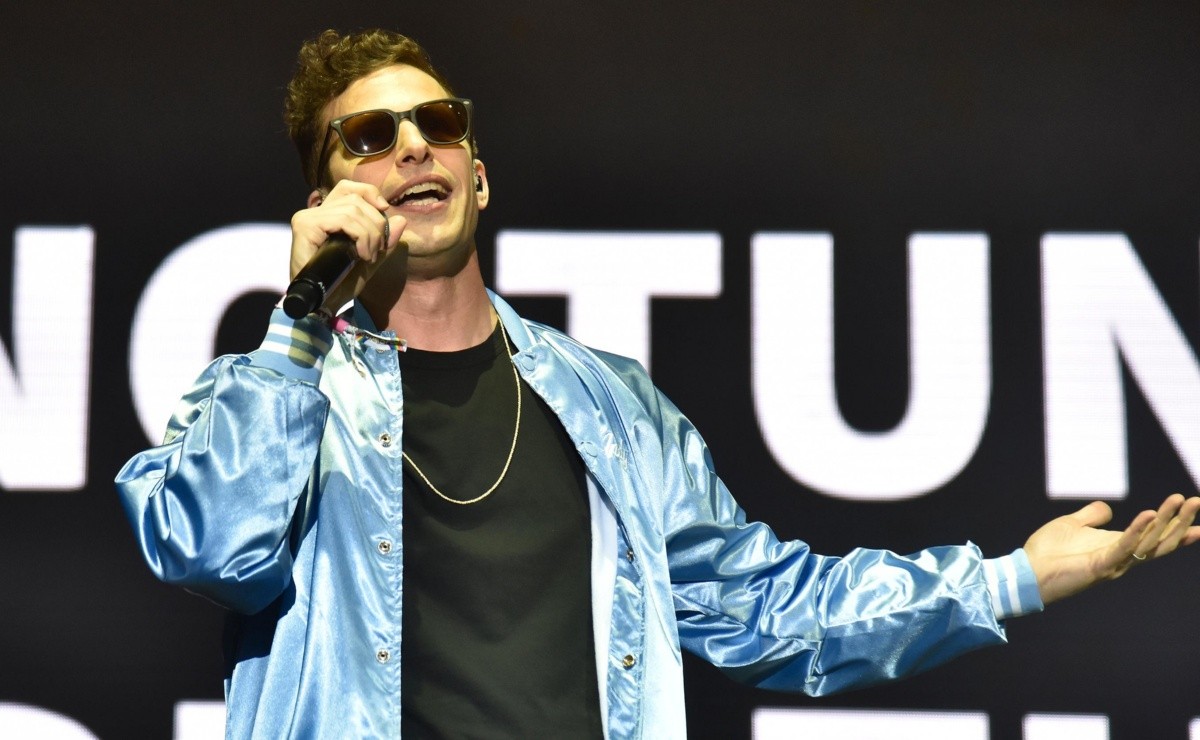 The actor I grew up with Saturday night Live and became popular with Brooklyn Nine-Nine He is also dedicated to music with Akiva Schaffer and Jorma Taccone.

In 2001, Andy Samberg joined with Akiva Schaffer and Jorma Taccone to create a musical group dedicated to performing comedy with music. That’s how it came about The Lonely Islanda band that gained popularity thanks to Saturday night Live (the show that launched the actor from Brooklyn Nine-Nine), and which included the participation of artists of the stature of Michael Bolton, Justin Timberlake and Adam Levineto mention a few cases.

+Top 5 songs from The Lonely Island

With the participation of Michael Boltonthis song is presented as a recording session in which the musician from “When a man loves a woman” arrives with last minute modifications, completely fanaticized by the saga Pirates of the Caribbean and the work of Johnny Depp What Jack Sparrow. In addition, it will add mentions to great productions of pop culture, such as Forrest Gump Y Scarface.

In this case, the main guest artist is Adam Levinebut there is also a share of Kendrick Lamar. The song focuses on collecting all the urban myths referring to bad fortune and the need to be careful in life because, after all, You only live once (you only live once).

This song was shared by Rihannawho does most of the work on a musical piece that is dedicated to narrating the bank robbery. Andy Samberg puts himself in the skin of a shy Ronnie (hence the name of the song) that every time he has to threaten those present he only manages to stammer out of nerves.

Natalie Portman He demonstrated his skills as a rap singer with this song that had two episodes, one in 2013 and the other in 2018. In both songs, the actress who will be mighty thor is in charge of reviewing her career while presenting herself as a rude and impatient girl willing to defend until the appearance of Jar Jar Binks in starwars.

1 – The trilogy with Justin Timberlake

If it’s about great songs, in this case we have to talk about a collection made up of three songs: “D*ck in a box”, “Motherlover” and “The Golden Rule”. With the participation of Justin Timberlake, the first focuses on a controversial gift that lands them in jail for exposing themselves naked. Then it continues with the day they are released and they remember Mother’s Day (star appearances by Patricia Clarkson and Susan Sarandon). Finally, the last part shows them saying goodbye to the mothers for a date with a woman played by Lady Gaga that invites them to an adventure of three.

The Lonely Island: The 5 Best Songs From Andy Samberg’s Band