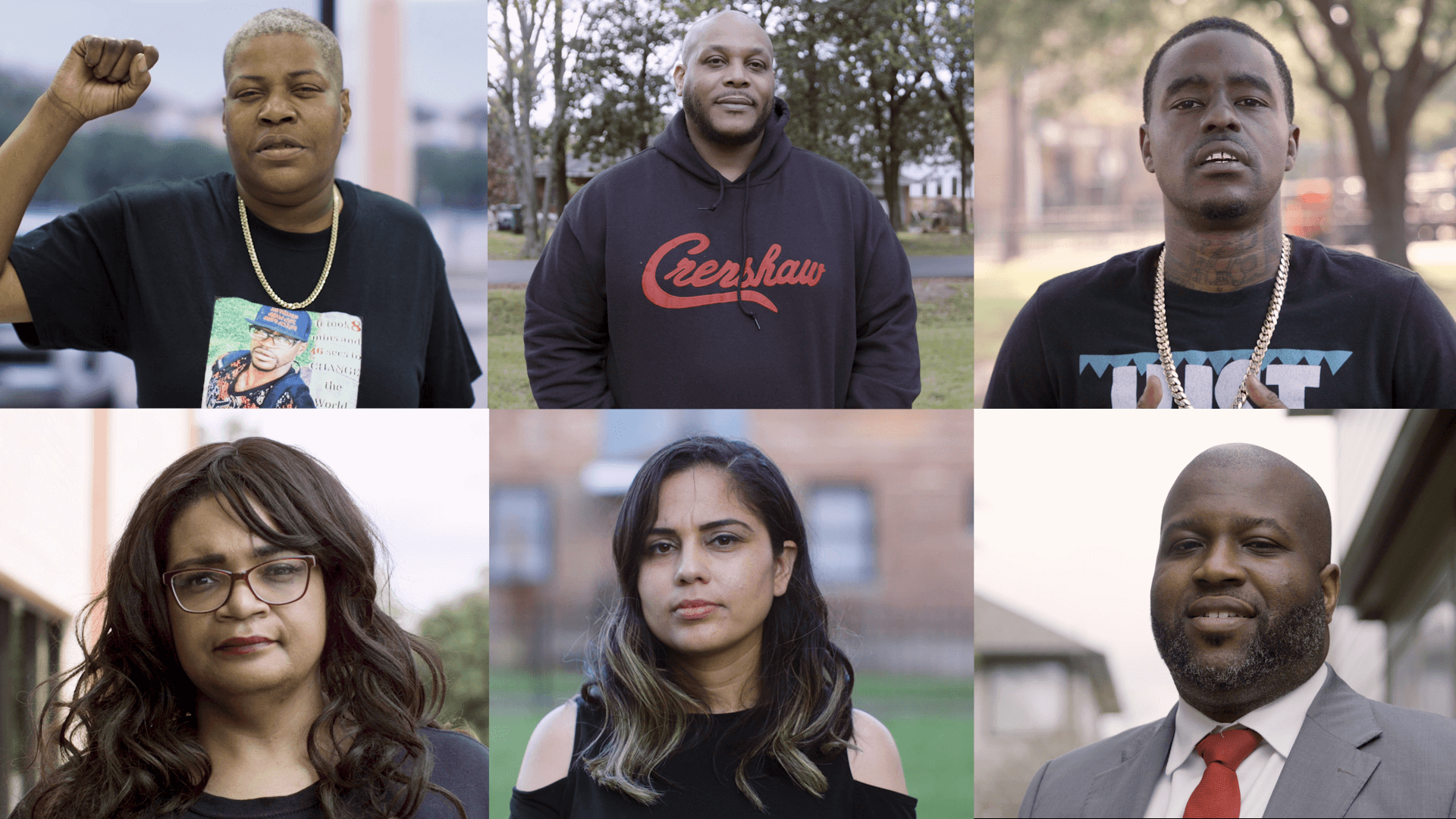 George Floyd helped Tiffany Cofield understand violence on the streets. In 2015 she was a teacher at a high school, Hope Academy Charter School, just a mile and a half away from Cuney Homes.

Third Ward, the area that contains this community and that school, had a violent crime rate in 2016 three times higher than all of Houston (1,026 per 100,000 residents). Street squabbles were replicated in the hallways of the high school: students from rival gangs beat each other almost daily.

“We got to a point where you could hardly see classes without a fight … I didn’t know how to handle it or why there was such tension,” says Cofield. A student recommended that he ask a certain ‘Big Floyd’ for help.

“Who is ‘Big Floyd’ and why do I have to talk to him?” He asked. “They would say, ‘Seriously, Miss Cofield. ‘Big Floyd’ can help her. ‘ He thought about it for a couple of days until he called him.

“(Floyd) I was in the drive thru from a Wendy’s and she told me to reach out to her community (…) To be honest, I was nervous, scared. I live in the Third Ward area but I have never moved to that side that is so known for violence, drugs, poverty. So when he told me to come over, I thought, ‘Who tells someone to go to the worst part of town?’ “

The mural is located on Holman street, two minutes from Cuney Homes. They painted it on that wall because it’s right across from the corner where Floyd used to sit in the afternoons with other locals. Photo: Federica Narancio / Univision.

Cofield’s world was very different from Floyd’s: she grew up in a home with her two parents under the same roof, both with various college degrees and well-paying jobs; went to schools in Houston with more resources and sports programs. He also graduated in Communications, Culture and Media from Howard University, in Washington DC; and then she studied Pedagogy to work as a teacher at her father’s school, the Hope Academy.

Tiffany Cofield was friends with George Floyd and also with LaTonya, one of his older sisters. He says they were both “really claustrophobic.” LaTonya, for example, does not travel by airplanes but by car and does not ride elevators. George did not tolerate small spaces. If he was going to take a long trip, he would do it by car and behind the wheel.

When they chatted that afternoon in Cofield’s black Cadillac SRX outside Floyd’s mother’s house near Cuney Homes, those gaps didn’t matter. They had a common interest: to stop the daily quarrels between students so that they could attend their classes. He explained to her why some of those young people, residents of his community, were so “aggressive or so upset”.

“There was a lot of past history among these students that I didn’t know about, like brothers or cousins ​​killed by their rivals,” recalls Cofield. “He told me that there were a couple of those students, whose parents were incarcerated, who had legal problems; that the grandmother of one of them, who raised him, was diabetic; He told me that they could possibly miss school because they also had children, even though they themselves were only 15 years old.

Tiffany Cofield was friends with George Floyd and also with LaTonya, one of his older sisters. He says they were both “really claustrophobic.” LaTonya, for example, does not travel by airplanes but by car and does not ride elevators. George did not tolerate small spaces. If he was going to take a long trip, he would do it by car and behind the wheel.

The conversation lasted almost four hours. They said their goodbyes with Floyd’s offer to participate in basketball games with these young people and in various community projects. “George had a fundamental role in helping me reach these guys because I am neither a man nor a father, so I did not know how to approach them on issues that I do not understand. I didn’t grow up in Cuney Homes, so I didn’t know the dynamics. “

That day was also the beginning of their friendship. Cofield says that after Floyd’s conversations and negotiations with these young men, the brawls subsided. She herself feels that since then it has been easier to reach out to students and even advocate for them.