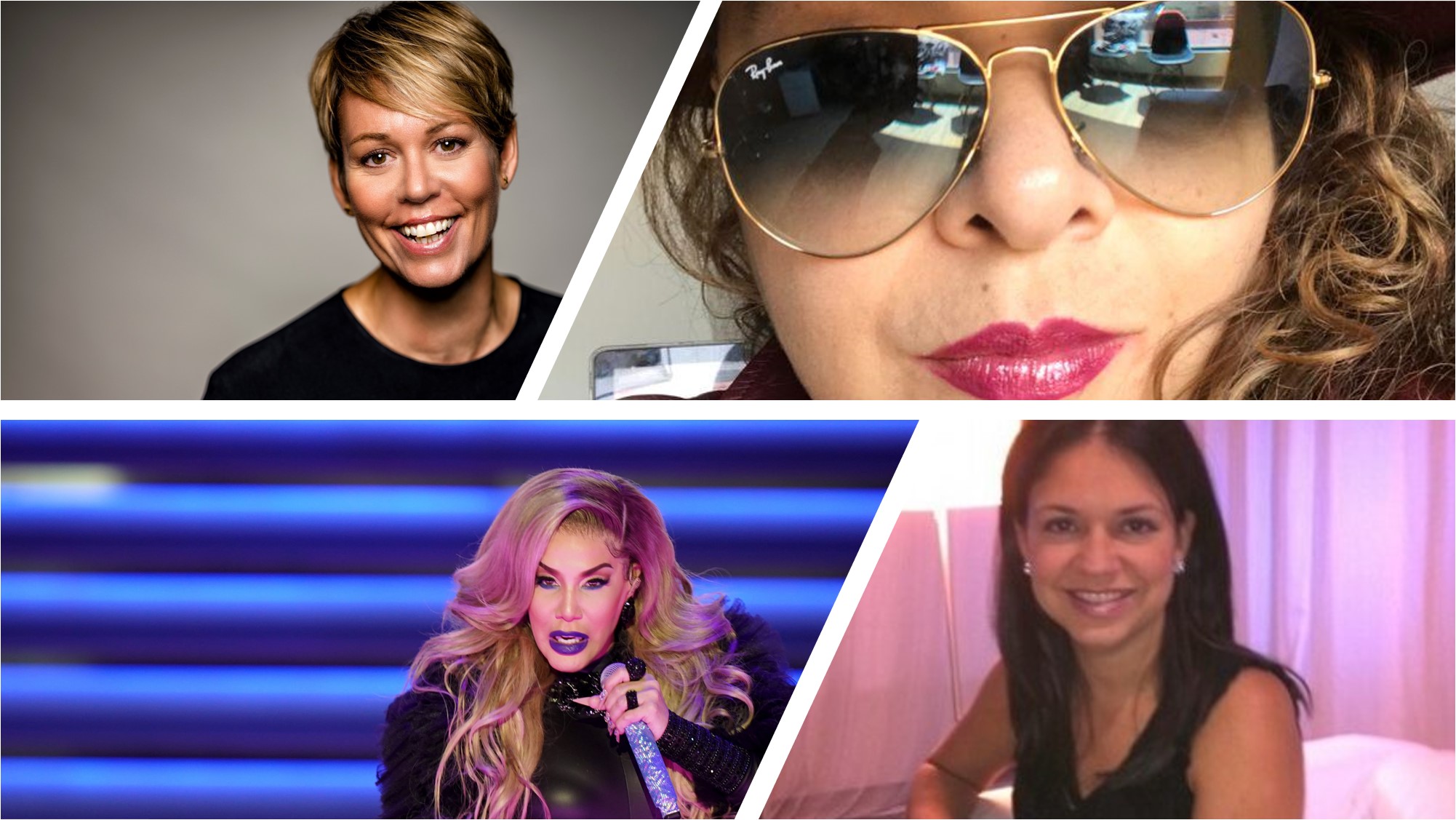 (CNN Español) — The Latin Recording Academy tonight will recognize four outstanding women in the music industry and whose contributions contribute to the recognition of more successful women in that field.

Mayna Nevarez, Mia Nygren, Mónica Vélez and Ivy Queen will be honored and recognized for their professionalism, contributions and inspiration to the next generation of women leaders.

“These dynamic women give us the opportunity to reflect on the challenges faced by professional women in today’s arts and entertainment environment,” said the executive director of the Latin Recording Academy, Manuel Abud, through a press release. .

“There is still a lack of gender parity in the industry, and we remain focused on continuing our work to overcome the challenges faced by women through educational programs, partnerships and a transparent voting process,” she added.

Who are the award-winning women?

Mayna Nevarez, is the founder and CEO of the communication agency Nevarez Communications, who handle public relations in the United States for singers like Daddy Yankee, Gloria Trevi and Carlos Vives, among others.

Mia Nygren is the CEO of Spotify for Latin America, in charge of the world’s number one music platform.

The Mexican composer Monica Velez who has written and composed countless songs for artists like Gloria Trevi, OV7, Camila, Paulina Rubio, Yuridia, Alejandro Fernández and the list goes on.

Martha Ivelisse Pesante, better known as Ivy Queen and commonly recognized as “La caballota”, it is considered one of the pioneers of the urban genre.

Inspiration for other women

For Mia Nygren, the importance of this recognition is that it inspires other women. “It is extremely important to me to receive this recognition from the Latin Recording Academy. The greatest honor for me is to be considered a woman who inspires future leaders.”

The general director of Spotify for Latin America recognized that there is a lack of references in the industry because she considers that there are not so many women who can be an example and inspiration. “It gives me motivation to move forward to achieve this equality. In my particular case, firmly confirm that it doesn’t matter where you come from, what you look like, how you speak and how tall you are. If you have an open mind, you can achieve whatever you want. “

“The industry has changed, I have been here for more than two decades. This is only the beginning, the road is long, but this increase in the interest of women for who we are, is still low and I am not happy. Half of the planet we are women. On the popularity charts, one in five hits is by a woman, one in eight is a songwriter and less than one in 10 is a producer. That’s not ok, “he said.

v and Queen, one of the pioneers of the urban genre, spoke with Zona Pop about “LOUD”, the podcast she made with Spotify and Futuro Media on reggaeton. (Photography Rodrigo Varela / Getty Images for Univision)

Ivy Queen: “I had everything against me”

In interview with Marysabel Huston for the episode Ivy Queen and the history of reggaeton: “La Caballota” breaks down the origins of the genre in “LOUD” from Zona Pop, the artist known as “La caballota” talks about the problems she faced as a woman when starting her musical career in the urban genre, dominated by men.

“I fell in love with this music completely because I can put into verses what a woman feels. I had to rap what I was experiencing, from the divorce of my parents, to the raising of my brothers. I believe in the power of” no “There were no popularity charts or awards for my genre.”

He added that having a thick voice and a different ‘look’ were not a curse, but a blessing for being a hallmark. “I had everything against it, the nails, the braids, they called me Freddy Krueger. My life has been a constant struggle for our equality, for our inclusion in the music genre, for the inclusion of the LGBTQ community and my struggle will continue to be constant, “said the singer.

For her part, Mayna Nevarez, from the communication agency Nevarez Communications, pointed out that we should all work together regardless of gender. “We are at slow pace, but it is important for women to come together because if we help each other, so women can grow within the music industry.”

Nevarez said it would be interesting to know if in the Latin Academy there are more and more women who are part of it. “Every time I see more women participating in committees, in memberships and in meetings of the Latin Grammy. It is extremely important to know if there are more and more voting members and thus see an increase in women nominated as songwriters, producers, sound engineers.”

She assured that other women within the industry have begun to support others. “It is not that it is a women’s club, the idea is that they are not an event for men or women, but that everyone is integrated. In the Women in Music organization, one of the objectives is for 50% of the panels to be women and 50% to be men, “concluded the public relations professional.

One of the composers that many singers want to work with is Mónica Vélez. Their songs have been recorded by singers such as Luis Fonsi, Marc Anthony, Camila, David Bisbal, Los Tigres del Norte, Ricky Martin, Reik, Bronco, Paulina Rubio, OV7 and Gloria Trevi, among others.

The also member of the Society of Authors and Composers of Mexico (SACM), affirms that this recognition is a great commitment. “We are hundreds and hundreds of women composing, creating, playing, mixing, producing and very few in the credits. This recognition is a great gift and commitment. Do not forget that music is a gift that we can use to open doors, to build bridges. , to be a tribe “.

He added that of the 100% of the authors who collect royalties, women do not even reach 10%. “I see the recognition of ‘Leading Ladies of Entertainment’ not only as a recognition but as an expansive movement, a seed of possibilities, a courier, an airplane and a hug to the soul. I am infinitely grateful to the Academy and its president, Manuel Abud , for sowing it and for putting this fantastic spotlight on women as leaders and creators. “

The Latin Grammy ceremony will take place this Thursday, November 18 from the MGM Grand Garden Arena in Las Vegas. It can be seen in Latin America through TNT, CNN en Español’s sister channel, owned by WarnerMedia. While, in the United States, the ceremony will be broadcast on Univision.

Check the broadcast schedule in your country to know exactly the time of the most important music event in the industry.