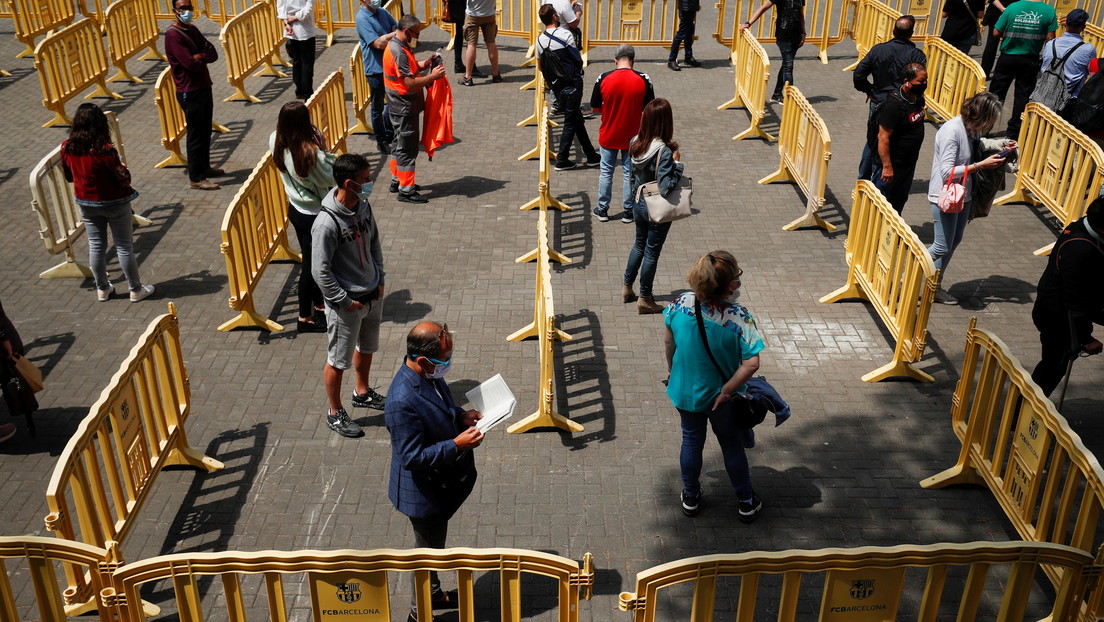 Eight days after the event, conceived as a clinical trial, none of the 463 attendees tested positive for the disease.

The prestigious magazine The Lancet published this Thursday a study which demonstrates the success of an indoor music concert that was held last December in Spain in the midst of the covid-19 pandemic, conceived as an experiment with special security measures.

The so-called PRIMA-COV was a rigorous clinical trial and the first randomized controlled that has evaluated the risk of disease transmission in an event of these characteristics, describes the journal The world.

The concert was held in the Sala Apolo in Barcelona and was organized by the promoter Primavera Sound, the Foundation for the Fight against AIDS and Infectious Diseases and the Germans Trias i Pujol University Hospital in Badalona.

Mask at all times

Before the event, more than a thousand people between the ages of 18 and 59 were selected for the test. The participants were divided into two groups: an experimental group, with 463 people, and a control group, with 496 who did not enter the room.

All were subjected to a antigen test and eight days later a PCR was performed on them. The members of the experimental group had their temperature measured before entering the room, where they had to wear a mask at all times.

Also, the place was well ventilated and the wardrobe was closed to avoid crowds in the queue. The assistants, who had several points to disinfect their hands, could sing and dance without keeping a safe distance.

The results of the study show that, eight days after the event, none of the attendees tested positive for covid-19, while two people from the control group did become infected, which is a “figure consistent” with the epidemiological situation in the Catalan capital at that time.

“Our study provides early evidence that indoor music events can take place without increasing risk transmission of SARS-CoV-2 when comprehensive security measures are taken “, explained Josep Llibre, doctor at the Germans Trias i Pujol University Hospital and lead author of the study.

However, the expert points out that it must be taken into account that at that time the numbers of infections in Spain were not very high and there were numerous restrictions, underlining that the investigation does not necessarily mean that all mass events are safe. For this reason, he adds that it is necessary to carry out “more studies that include a greater number of people that explore different scenarios and policies that take into account the local context.”