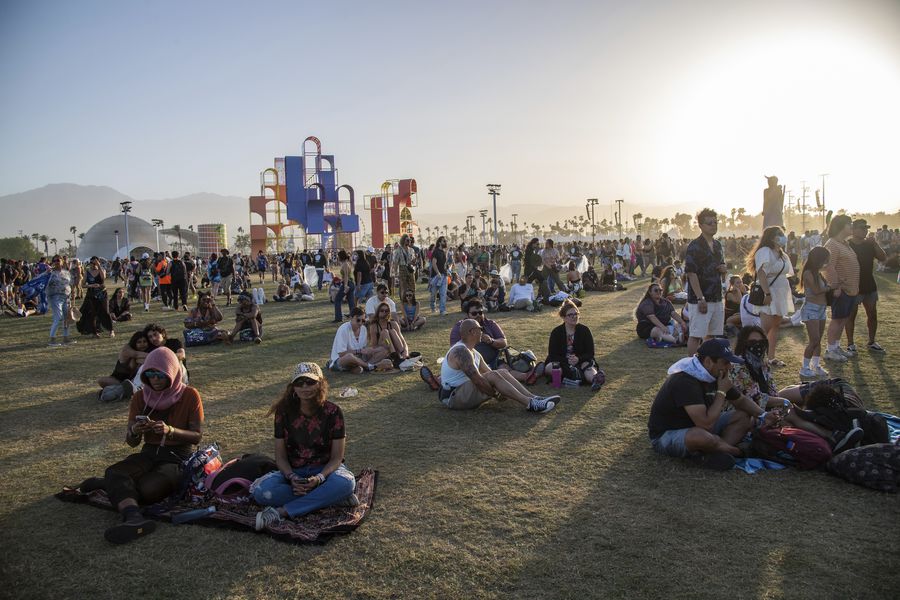 Perhaps as a reminder of the devastating reach of the pandemic in the music industry, one of its biggest events, The Coachella festival (in Indio, California) also had to close its doors due to the health crisis that shook the world and forced the cancellation of festivals and concerts. Although the 2020 edition was postponed from April to October, to try to do it anyway, it was finally cancelled.

But on their first weekend back, everyone came, except the pandemic. The organization had announced that for admission to the event The use of a mask, the vaccination certificate and the negative result of the rapid tests would not be required. just as they did in other events worldwide, such as Lollapalooza Chicago, last summer.

The media details that in the three days of the Festival, from Friday the 15th to Sunday the 17th, no less than 125,000 people came to the Empire Polo Club.

Musically, the poster showed the rise of a generation; If in 2020, the headliners were Rage Against the Machine, Travis Scott and Frank Ocean, the 2022 edition included the cream of the internet era. So the first day highlighted the sweeping show of English Harry Styleswho each time he presents his credentials to win the title of the male figure of pop. A show full of lights, costumes like a disco ball, which had the live debut of his new single on his set As it was, of global ambition, advance of his new album Harry’s House.

With a set loaded to the material of your hit fineline -and some nod to One Direction when singing what makes you beautiful-, Styles offered a show focused on his figure, but that offered different moments, in which he was able to show off his female backing band. In addition, she had the viral moment when she invited Shania Twain to the stage, with whom she sang the hit Man! I Feel Like a Woman! Y You’re Still the One.

Equally notable was the presentation of Billie Eilish, one of the youth figures and who marked a milestone by being the youngest headliner in the entire history of the event -The previous mark was from Ariana Grande, 25 years old in 2019-. After leaving empty-handed from the last Grammy Awards -in which she stood out Olivia Rodrigo as the new millennial sensation-, the event allowed to show the artist with a well structured and much more solid showdespite the fact that he has only been in his career for a couple of years, through a pandemic.

With a set of 25 songs, loaded to those of his last album happier than everthe artist took advantage of the catwalk that connected the stage to interact with her audience who, mobile phone in hand, fervently followed his show and knew his repertoire quite well. In addition to the presence of her squire and her brother Finneas -who also appeared with her own show- of her, the artist generated a viral moment by inviting Damon Albarn onstage, allowing him to detail his fanaticism for some of the Blur frontman’s side projects; hence they sing Feel Good Inc, from Gorillaz, and getting olderfrom Billie.

Another key point was in the presence of Latin artists. Much commented on were some shows such as that of the Brazilian Anitta, on the first day, and that of Pablo Vittar, the first drag queen to appear at the event -as he did in March during his participation in Lollapalooza Chile-. Also It was the occasion for the debut of the Argentines Nathy Peluso and Nicki Nicole, as well as the Colombians Ela Minus and Karol G, who on stage paid tribute to Latin music with a review of songs by Shakira, Luis Fonsi, Ricky Martin, J Balvin and Selena. Not surprisingly, his suit paid tribute to the colors of his country’s flag. “These are the colors of my flag. I am from Colombia and I am proud to represent them and the entire Latino community,” she noted.

Somehow, Coachella marked the beginning of the concert season worldwide and despite the sandstorms and the more than 30º in the place, people responded as if nothing had happened. The desire to witness live music marked the return of the event after two years of silence in which music accumulated figures and songs everywhere.