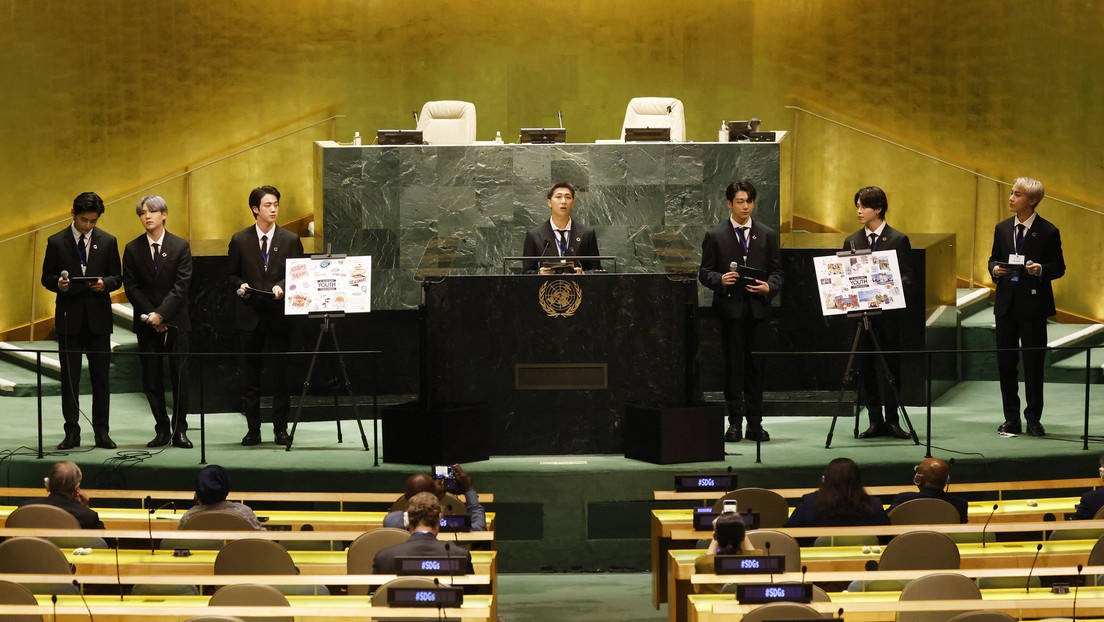 The day prior to the start of the presidents’ presentations at the 76th General Assembly of the United Nations in New York (USA), the presentation of the K-pop band BTS, which provided a short speech and presented his new music video clip.

Named As “special presidential envoys” by the South Korean head of state, Moon Jae-In, the seven members of the group spoke for seven minutes on Monday, September 20, from the UN stage. global goals of the body for 2030, such as the fight against extreme poverty, climate change and gender equality.

In a section of their exhibition they also made reference to the youth situation affected by the pandemic. “I have heard that adolescents and people who are now twenty years old are called the lost generation of covid-19,” said RM, one of the members of the band, to which he argued that it is “an exaggeration to say that they are lost alone because the path they travel cannot be seen by the eyes of adults. ” “Every choice we make is the beginning of change, not the end,” he added.

Then they talked about the vaccines, which they have already received, and another member of the training, J-Hope, said: “The vaccines are the way to be here. They are doing everything possible to adapt to change and we believe that there is not much left for us to return. to see us face to face “.

The moment of music

After the exhibition, BTS premiered the video clip of their single ‘Permission to Dance’, in which they sing and dance in the General Assembly hall until they go out into the garden.

The presentation of the K-pop group was seen live on the UN YouTube channel for about one million people, while the reproductions later already exceeded 6 million.