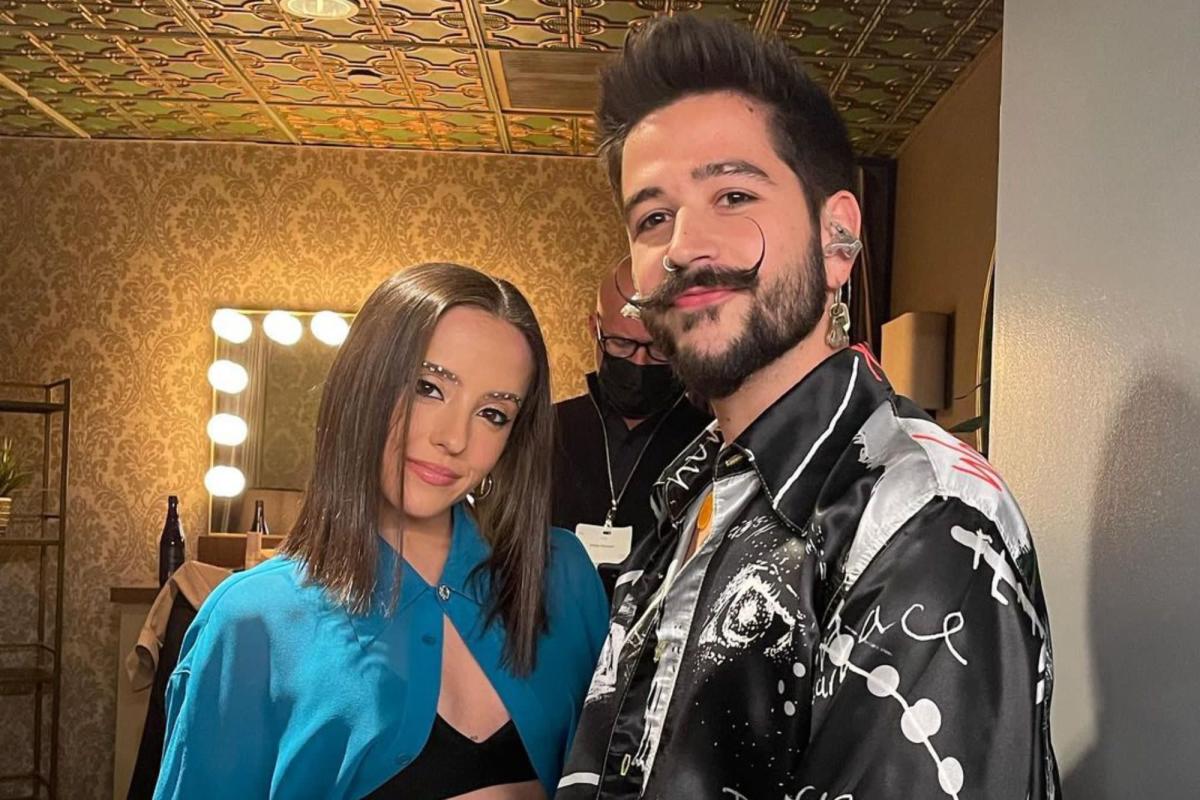 Evaluna and Camilo are one of the most celebrated couples in the world of music. Artists, in their youth, do not hesitate to express themselves in a free, fun and fresh way. Little details of their lifestyle – like the fact that the author of “Rich Life” performs the recitals without shoes – turned into what makes them so unique and lovable. In tune with your personality, The singer shared a crazy photo on his social networks that got the applause of his fans but he was disapproved of by his father-in-law, Ricardo Montaner.

The publication has three photos where you can see the couple of artists having fun and enjoying each other’s company. In the first, Camilo is in his underpants while Evaluna, crouched down and wrapping her arms around his legs, sticks out her tongue looking at the camera.

The last two postcards show her hugging her partner while they kiss and another where he grabs her face with both hands looking at her with eyes full of love. Although these are the typical photos of two people who are madly in love, the first managed to steal the attention of the Montaner clan leader.

Something scandalized but always as a joke, the author of “Bésame” commented below the post. “They went crazy here … Explain to me. Indigo’s parents, ”he wrote, naming his future grandson to generate some seriousness in his daughter and son-in-law.

The comical sequence starring the future parents It reached more than a million likes and thousands of comments. But Ricardo was not far behind since his observation received part of the attention, receiving more than 12 thousand likes.

Indigo, mentioned by the excited grandfather, will be the happy couple’s first child and is believed to It will be born in late March and early April 2022. The great news was announced by the artists with a song that bears the same name. It was released along with a video where they are seen happy with a pregnancy test in hand and sharing the joy with their loved ones.

Accompanying the musical theme, Camilo uploaded to his Instagram account a video kissing Evaluna’s belly and another series of postcards of his daily life. And now everything smells and tastes better. We’re going to be parents! ”He wrote.

Happy to be able to share happiness with the world, he continued: “We couldn’t wait to share with you the most beautiful news we have received. God chose us to be Indigo’s parents and we feel very fortunate to see them arrive and flourish! We love you and thank you for always accompanying us at every step ”. With a wink to his fans and signing on behalf of the new family, he concluded: “The Tribe is growing! Camilo, Evaluna and Indigo “.

IN VIDEO: Why Indigo? Artists respond

The funny post by Evaluna and Camilo that puzzled Ricardo Montaner