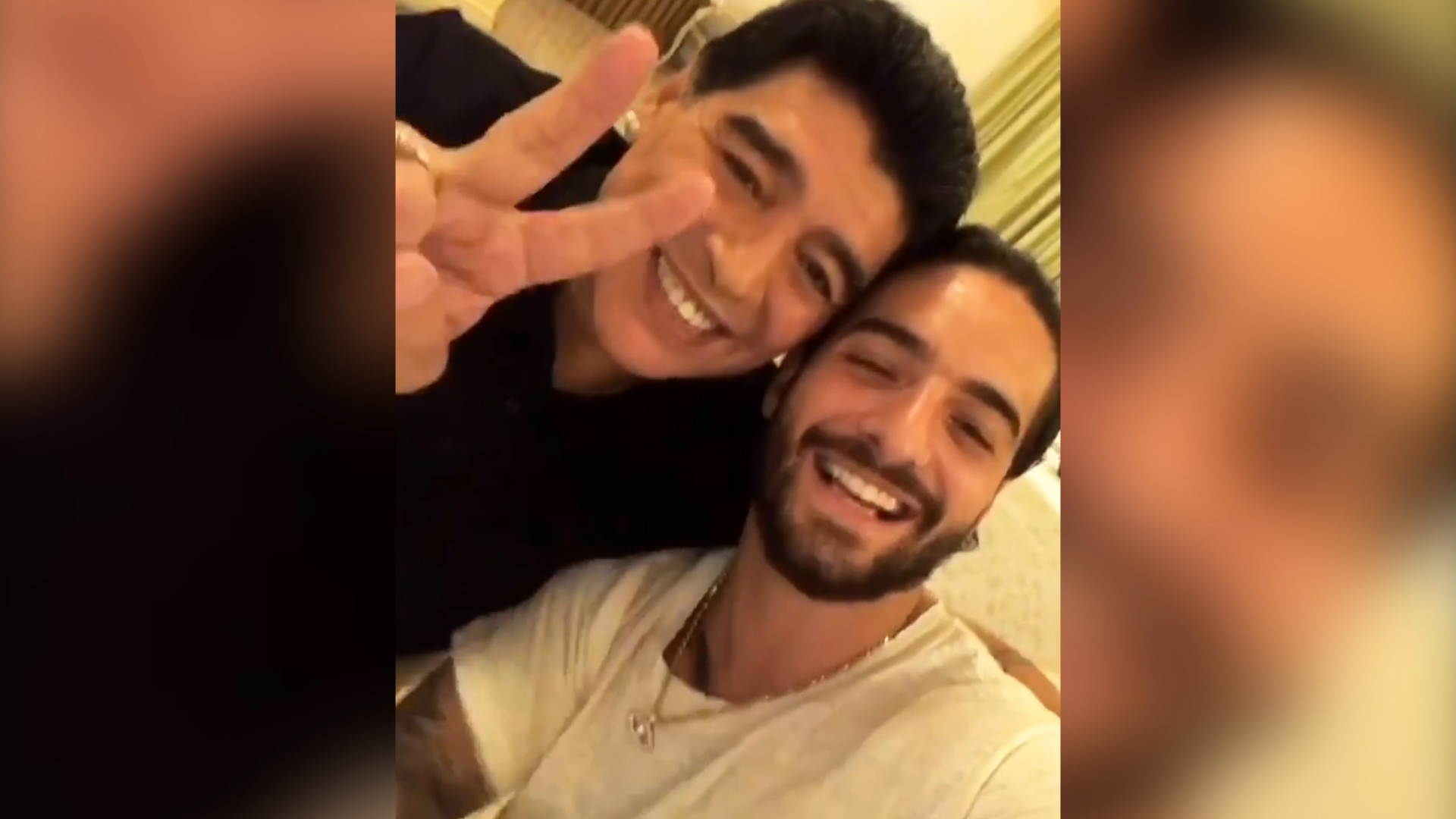 Diego Maradona He lives in the memory of the world of football for his wonders with the ball. And also for the thousands of anecdotes that the Argentine star starred in the years of his life. Precisely, during the last World Cup in Russia 2018, there was a meeting between Fluff and the singer Maluma.

In the run-up to the victory against Nigeria that allowed the Argentine team to advance to the round of 16 of the World Cup, both met in Moscow and shared a dinner. But before that, the first meeting was by phone. And an Argentine journalist recounted what Maradona told him about that call that launched the relationship between Diego and the pop and reggaeton star.

“It was 2 in the morning and Diego had a flight at 6 to go back to Moscow. We arrived at a five-star hotel and Diego was on the top floor of the hotel, a very long table, as if there were no people around.. He was with two more people sitting at the head and he hugs Martín (Souto) and he says to me ‘Hello Agustín, how are you?’ and then he asked me what he wanted to drink. We were chatting for three hours about everything”, said Agustín Fantasia, host of TyC Sportsin the segment 15 questions of Double Merit.

“At one point when I’m leaving, I hug him and say, ‘Diego, you made me very happy,’ and he tells me, ‘Don’t tell me that.’ And at one point he throws me one which is great. He tells me: ‘Do you know who called me? Maluma, baby ‘and I tell him why and he answers me ‘he wants Diego to act in a video clip’ but he speaking in the third person. And I didn’t know what to do at that moment, and I told him ‘you saw that Maluma was sucked in’. There was just news that I had stolen it when he was going from Moscow to I don’t know where and he looks at me and says ‘I’m calling Putin right now’ Like he was angry about what had happened,” added the journalist.

A postcard of the meeting between Maluma and Maradona

What happened to Maluma while he was enjoying the last World Cup? In June 2018 it became known The Colombian was robbed of jewelry and other valuables in his hotel room while I was in the stadium Mordovian Sand in Saransk watching the then team led by José Pekerman against Japan. At that time it was suspected that the author of the theft had been a person who had a copy of the key to the suite and had pretended to be a guest of the singer.

According to the information that emerged, the criminal used 35 minutes to take 39 valuable items from Maluma, among which were a bag from the Louis Vuitton firm, as well as a box with watches whose value was between 3,000 and 130,000 dollars. Earrings, diamond necklaces and other jewelry were also stolen from the hotel. The total loot would have been about USD 800,000.

Beyond personal disgust, the man who rose to fame in 2011 with hits like showgirl or Obsession, had the pleasure of sharing a meal with Maradona. The evening was portrayed in several images that the Colombian shared on his social networks. “I don’t know if you know (sic) this man, I don’t know if you’ve seen him before,” Maluma said in a video that he uploaded to his Instagram account, before showing Maradona with his camera. In the images you can see the former coach of the Argentine team hugging and kissing the young Colombian, who closed the publication with a message for the fans: “Long live Argentina and Colombia, we love you.” On his part, Diego uploaded a photo together and wrote: “Dinner with my friend Maluma.” 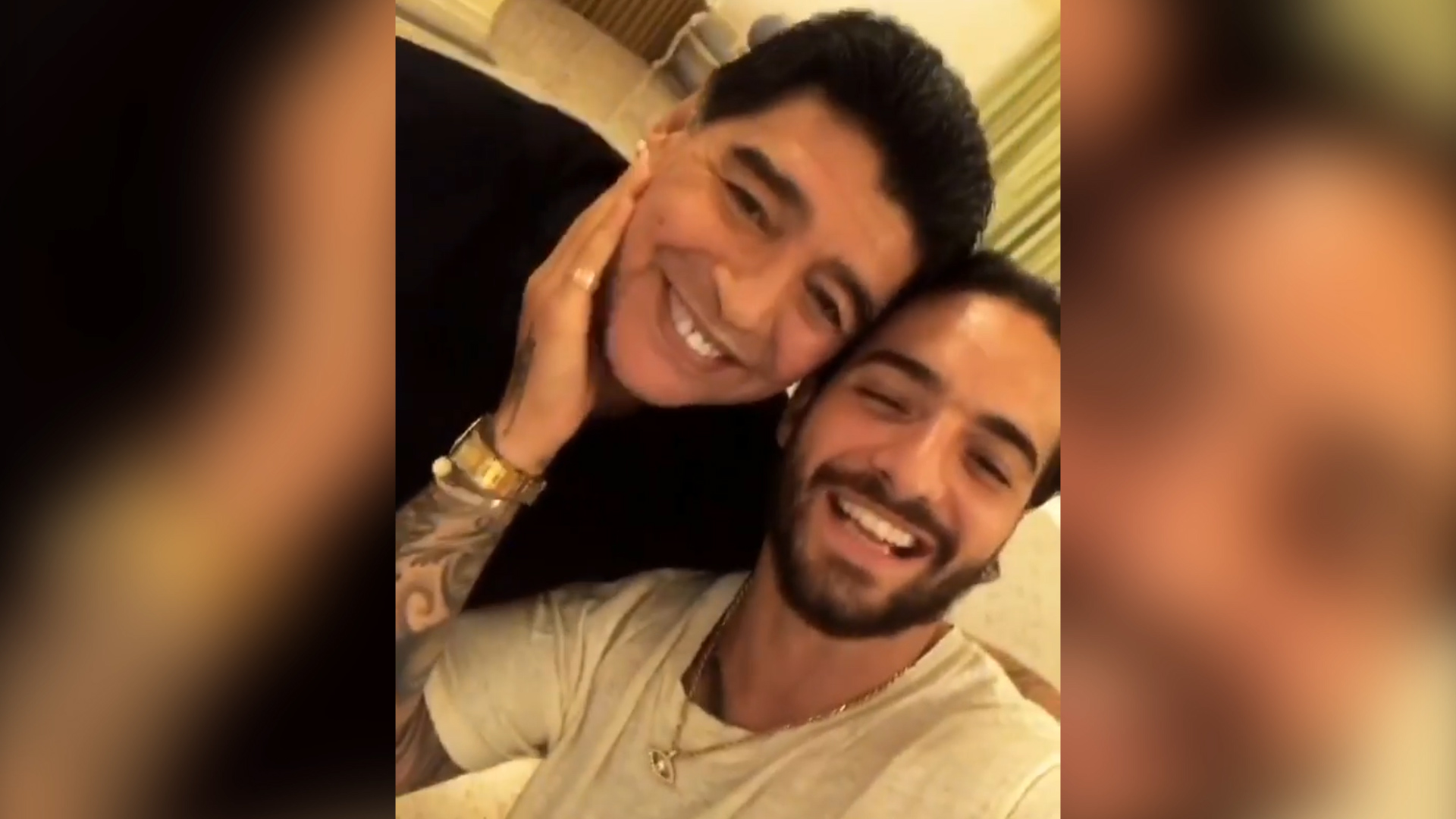