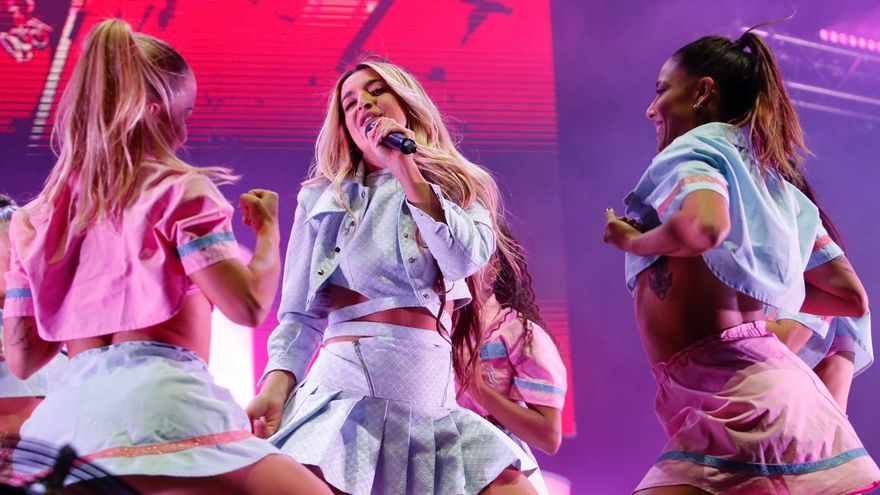 Indigo not only refers to the color blue, but to the youth superior ability New Age which, according to this term, would represent superior ethical, mental and spiritual capacities. Lola actually is Miriam Doblas Muñoz, whose talent on stage is not the work of divine providence, but result of years of perseverance, courage and effort.

Mimi has been dancing since she was five. At twenty-nine, he can boast of having in his career a double platinum record by I don’t want anything anymore, the song thanks to which he rose to the Eden of successes, from which he has not descended for a moment, single after single. He could have quit when choreographer Rafa Méndez criticized his abilities on the show Fame, let’s dance!, or when was The first of the 2017 edition of Operación Triunfo was expelled. She did not, convinced that she could bring together her learning on television and her experience dancing in Japan and the United States in an artistic project that would represent and intoxicate her generation.

Lola Indigo this Friday, at her concert at La Axerquía in Córdoba. MANUEL MURILLO

With a 90s-inspired pop aesthetic, renamed with references to K-pop and American rap, Indigo Lola eats the stages between steps of energetic dance and grimaces that make the viewer want to put on a pastel spandex skirt and claim the pleasure of dancing to the bottom, towards which there was not so much shame when the Black Eyed Peas played at all hours on the radio. So after several weeks in which Perales, Loquillo or Camela had made the concrete blocks of the Axerquia with their well-established positions in the industry, it was necessary a bit of air to refresh the steps of the Theater, which in the case of this Friday night was a pink gale willing to extol all teenage emotions.

Feminist sentences such as “The girl goes out at night, the girl will not come back” or “I am not your mother to give you whims, I can not take you anymore”, infected the spirit of The girl, the singer’s latest album, from 2021, of enjoying female freedom with pride and without guilt. On La llorera and how are you doing, the artist showed her most heartfelt side, with r & b rhythms in front of a packed auditorium. Curse, Santeria and Witch Woman they aroused the fury. It was impossible to take your eyes off Lola Indigo and her six dancers, who undoubtedly knew how to give a good show. The result of this bath of roses and Latin rhythms is that “The girls just want to be allowed to have fun.”