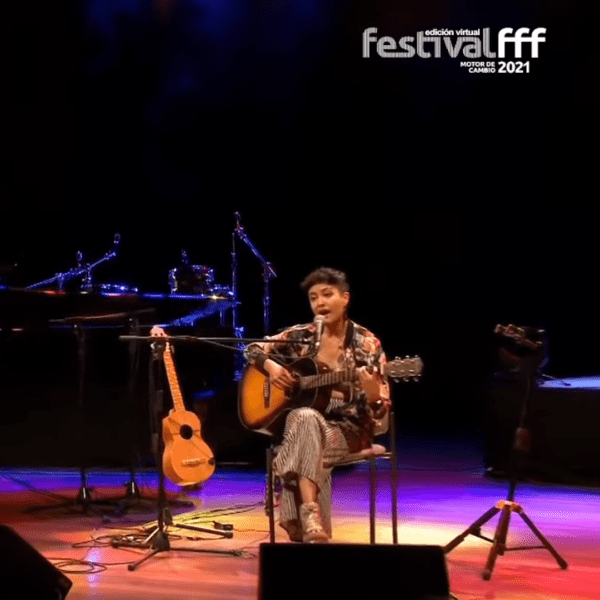 The XVII Festival of avant-garde music “Festivalfff 2021-Motor de Cambio”, in Ecuador, was held this weekend with the virtual presentation of national, Brazilian and Chilean groups.

The “Festivalfff 2021”, which is in its 17th edition and the second consecutive in virtual format, due to the coronavirus pandemic, is organized by the Institute for the Promotion of Creativity and Innovation (IFCI), the Fundación Teatro Nacional Sucre, the University of the Arts and has the support of the Association for the Development of Ibero-American Music.

Its name and the fact that it hangs with three letters fff at the end of the title is due to the daily talk of many Andean populations, especially the Quito, which adds that phoneme at the end of certain words.

“El Festivalfff” is also a mix of independent music in which avant-garde, experimental and contemporary sound trends converge, with a unique virtual format, in which exclusive sounds can be enjoyed, according to the organizers.

The festival began with the hip-hop of the Ecuadorian band “Mugre Sur”, to continue with the explosion of wind and string sounds from the big jazz band “Spokfrevo Orquesta”, from Brazil, to end -in a first batch- with the electro punk of the group “Demonio Kuaternario”.

Then the electronic cumbia of “Ataw Allpa” appeared, with a taste of Colombia; “Cometa Sucre”, the Guayaquil pop-rock band that gave way to a fabulous space for the alternative performance of the Brazilian Getúlio Abelha.

The first day of “El Festivalfff” concluded with the Kichwa rock of “Wañucta Tonic”, the splendid fusion of “Juan Posso Jazz Trío” and the rhythmic versatility -between rock and electronic pop- of “Lolabúm”.

This Sunday the Chilean “Frank’s white canvas” and “IO” appeared on the digital platforms of the festival, along with Ecuadorian bands such as “The chameleon machine”, “Ente”, “Sexores”, “MC Method”, “Mr. Maniquí “, Jorge Oviedo and” Taller La bola “.

The festival, according to its organizers, has also become a tribute to musicians from the national world who have died in this pandemic season such as Pablo Rodríguez, Claudio Durán, Diego Brito, Fausto Gortaire Marmota and Tadashi Maeda, among others. The contest includes a series of virtual meetings and talks on the digital platforms of “El Festivalfff”.