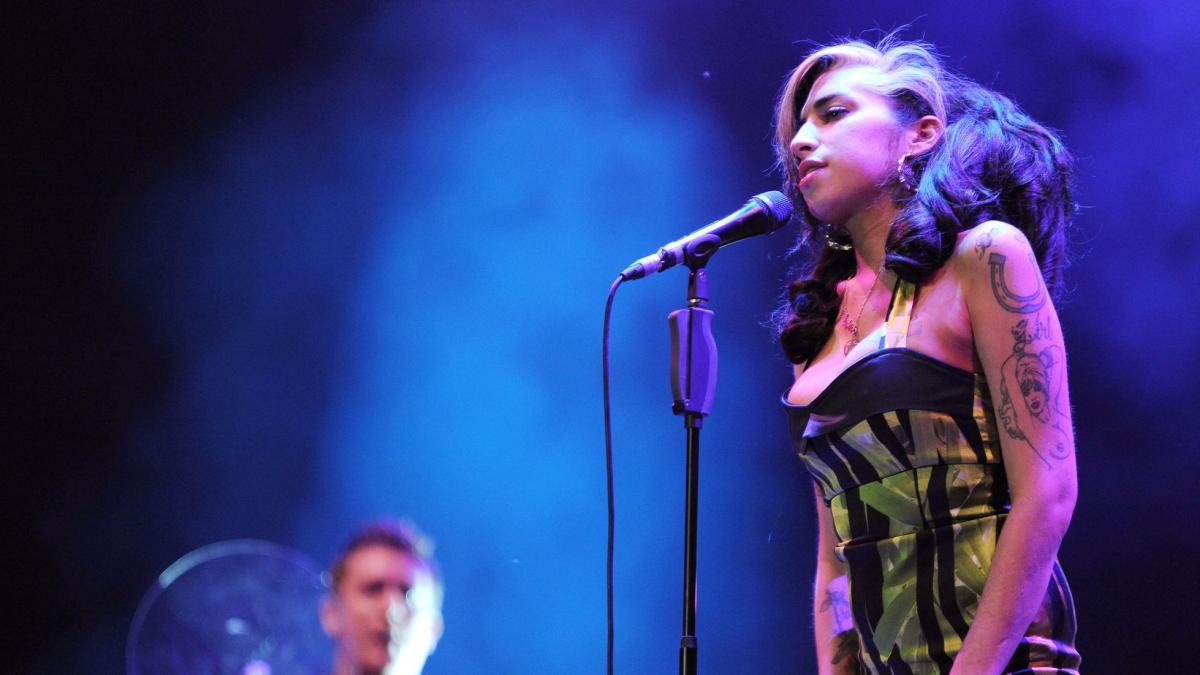 Amy Winehouse only lived 27 years, but her figure already reaches that of myths like Marilyn Monroe. At least that is clear from the astronomical figure that the dress she wore at her last concert has reached at auction, which has sold for more than 200,000 euros.

The British singer performed in Belgrade (Serbia) on June 18, 2011. It was a disastrous concert that ended amid the mockery and boos of her own followers and led to an unexpected stop in the artist’s tour, which two weeks later she had planned visit Spain.

A month after the fateful concert in Belgrade, on July 23, the singer died at the age of 27 of an overdose at her London home.

The state in which Amy was that day was deplorable. He appeared before more than 20,000 of his fans staggering and unable to pronounce the lyrics of his songs well. Still no one can explain why they allowed her to go on stage in those conditions, it is not known whether she was drunk, drugged or both. That day the artist appeared clad in a tight black dress with a bamboo print, designed by her stylist and friend Naomi Parry. A month after the fateful Belgrade concert on July 23, the British singer who rose to fame in 2006 for her song Rehab died at age 27 of an overdose at his London home.

Now Julien’s Auctions has sold some of the artist’s most iconic items, provided by her parents, Mitch and Janis Winehouse. The sale was held in Beverly Hills, California on the weekend of November 6-7. Of the 800 items on display, the one that generated the most excitement was the dress that Winehouse wore in that last performance, which has fetched a price of $ 243,200 (210,160 euros) and has been sold for a price 16 times higher than its original estimated value. of 15,000 dollars (12,970 euros). The catalog described the garment as “a tailored figure-hugging halter minidress, designed by Winehouse designer and stylist Naomi Parry, which has a bamboo and flower-over-silk print incorporated into a Spanx dress.”

“The prices that we are getting for Amy Winehouse are prices that we have achieved in previous auctions with people like Marilyn Monroe, so she is a global icon like Marilyn Monroe was. We lost Marilyn very young, we lost Amy at 27. that I think that’s what people cling to. They try to keep that memory alive and they want to own something to preserve their legacy, “explains Martin Nolan, director of Julien’s Auctions.

The second most sought-after item at this auction was a custom-made red heart-shaped Moschino bag that the artist wore to the 2007 Brit Awards, where she won Best Female Artist, and sold for $ 204,800. (176,980 euros), 13 times more than its initial value.

Other stars of the auction were a gold floral dress by Dolce & Gabbana, a brown and black jumpsuit from the firm Temperly London that appeared in a photo shoot for the British newspaper Sunday Times in 2008 and in the presentation of a concert honoring Nelson Mandela’s 90th birthday in Hyde Park, and a pair of Christian Louboutin heels that the singer wore at her father’s 60th birthday party at Trent Park Golf Course in November 2009 and in The Horse and Hound pub in London in August 2010.

All these garments and accessories were part of a catalog of more than 400 pages produced by Julien’s that traced the career of the singer, who became a fashion icon during her years of activity. Amy Winehouse was inspired by the style of the 1950s and accompanied them with his imposing combed hair and thick eyeliner reminiscent of the aesthetics of Ronnie Spector, lead singer of the 1960s girl group The Ronettes. Etta James and Billie Holiday were also references to create their aesthetics.

Her look was so iconic that in 2008 Karl Lagerfeld presented a collection inspired by her for Chanel, comparing her to the style of the French model and actress Brigitte Bardot. Jean Paul Gaultier also paid tribute to her in his haute couture collection, a few months after the artist’s death in January 2012. His influence has been portrayed in numerous fashion magazine editorials such as Love (played by Adriana Lima), Vogue Paris (with Isabeli Fontana as Amy) o W Magazine.

The proceeds from this auction will go to the Amy Winehouse Foundation, which was created by the artist’s parents.

The proceeds from this auction will go to the Amy Winehouse Foundation, which was created by the artist’s parents after confessing in 2012 that they wanted to “make the best of the loss of their daughter” to raise awareness and support both young and old. to adults with addiction problems.

The Design Museum in London opens on November 26 ‘Amy: beyond the stage’, with some of the items auctioned

Some of the items that have been part of the auction will be presented to the public before being delivered to their buyers at the exhibition Amy: beyond the stage which will take place at the Design Museum in London from November 26th.