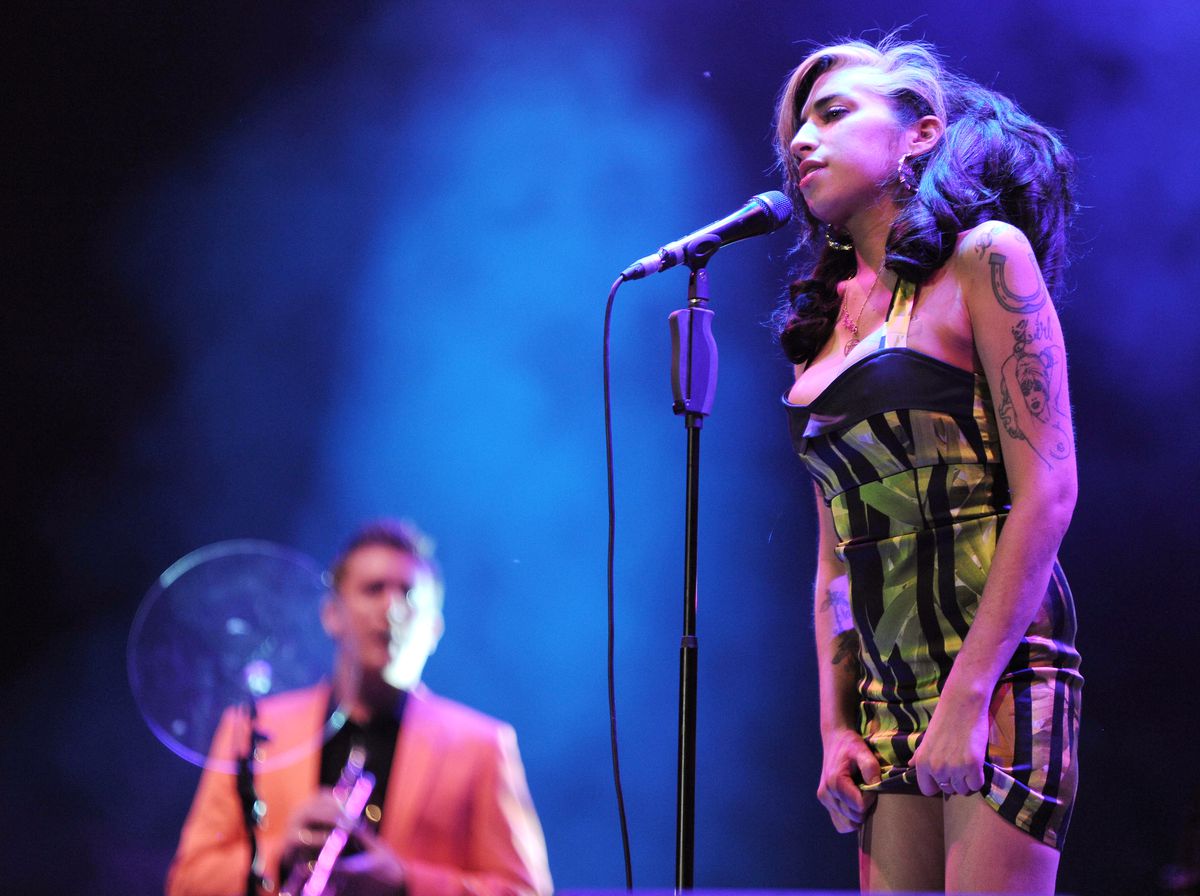 Amy Winehouse performed in Belgrade (Serbia) on June 18, 2011, two weeks before her planned visit to Spain on her tour. That day, she appeared clad in a black bamboo-print dress, designed by her stylist and friend Naomi Parry. A tight garment that perfectly matched her almost impossible hairstyle, in the purest 1950s style. The performance, which promised a lot after the great concert she held in London a few days earlier, ended up being disastrous and it resulted in the mockery and boos of her own followers, leading to an unexpected break in the artist’s tour. The cause was none other than his serious addiction to alcohol and drugs. After a month of what happened, on July 23, the British singer who rose to fame in 2006 for her song Rehab died at age 27 of an overdose at his home in London.

Now Darren Julien, the CEO of Julien’s Auctions, has sold some of the artist’s most iconic objects, provided by her parents, Mitch and Janis Winehouse, for a public sale in Beverly Hills, California on the weekend of November 6 and 7. Of the 800 items exhibited at the event, the most anticipated purchase has been the dress that Winehouse wore in that last performance, which has reached a price of $ 243,200 (210,160 euros) and which, according to Julien himself, has been sold for a price 16 times higher than its original estimated value of $ 15,000 (12,970 euros). The garment has been described in the catalog as “a minidress halter figure-hugging tailored, designed by Winehouse designer and stylist Naomi Parry, which has a bamboo and flower print on silk incorporated into a Spanx dress. ”

The article has become the most valuable of a sale in which almost 4 million dollars (3.5 million euros) have been obtained. The second most sought-after item was a red heart-shaped bag made to measure by Moschino that the artist carried in the 2007 Brit Awards, where she won the award for best female artist, and which has been sold for 204,800 dollars (176,980 euros), 13 times more than its initial value.

Other stars of the event have been a gold floral Dolce & Gabbana dress that Winehouse used on stage, a brown and black jumpsuit from the firm Temperly London that appeared in a photo shoot for the British newspaper Sunday Times in 2008 and at the presentation of a concert honoring Nelson Mandela’s 90th birthday in Hyde Park, and a pair of Christian Louboutin heels that the singer wore at her father’s 60th birthday party at Trent Park Golf Course in November of 2009 and in the pub The Horse and Hound in London in August 2010. All of them have been part of a catalog of more than 400 pages produced by Julien’s that follows a journey through the singer’s career, but also the distinctive style that made her a fashion icon during her years of activity.

In addition to having a great voice, Amy Winehouse could boast that she dressed and behaved differently from other artists of the moment. She always turned to models inspired by the style of the 50s and accompanied them with her imposing combed hair and thick eyeliner that was reminiscent of the aesthetics of Ronnie Spector, lead singer of the girl group of the 60s, The Ronettes. Etta James and Billie Holiday were also starting points to create his recognizable aesthetic. Her suburban look was so iconic that in 2008 designer Karl Lagerfeld presented a collection inspired by her for Chanel, comparing her to the style of the French model and actress Brigitte Bardot. A few months after his death, in January 2012, Jean Paul Gaultier paid tribute to him in his haute couture collection. His influence has been portrayed in numerous fashion magazine editorials such as Love (played by Adriana Lima), Vogue Paris (with Isabeli Fontana as Amy) o W Magazine.

The benefits obtained in the event, in which fans and collectors who have attended face-to-face and have taken part both by phone and online have participated online, will be destined to the Amy Winehouse Foundation, which was created by the artist’s parents after confessing in 2012 that they wanted to “Make the best of the loss of your daughter” to raise awareness and support both youth and adults with addiction problems. Some of the items that have been part of the auction will be presented to the public before being received by their own buyers at the exhibition Amy: Beyond the Stage which will take place at the Design Museum in London from November 26th.

The dress that Amy Winehouse wore at her last concert, sold for more than 200,000 euros