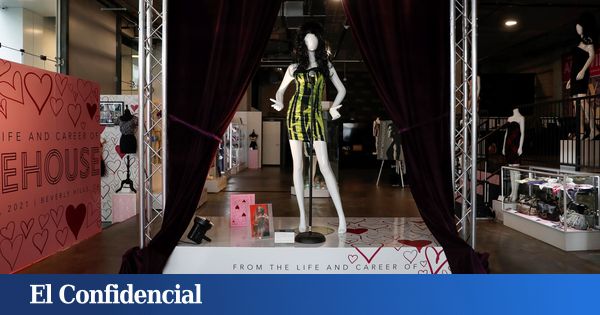 On June 18, 2011, Amy Winehouse He was performing in Belgrade, the capital of Serbia, in one more stop on his world tour. However, it was not going to be just any concert: it was the last. That night, the British artist took the stage in a sorry state and put on an embarrassing show forgetting the lyrics and hardly being able to sing.

His tour was to continue and, in fact, he was scheduled to visit Spain just two weeks later, but Amy Winhouse stopped. No one could predict that that fateful night in Belgrade would be the last, but only five weeks later, on July 23, the British singer died at her home in London.

Now, ten years after his death, her family has auctioned the dress that Amy Winehouse wore at that last concert from Belgrade. It is a design by her friend Naomi Parry that has been contributed by her own parents along with 800 other articles by the singer. And the house of auctions Julien’s Auctions has achieved a record price.

The dress was, without a doubt, the item in the catalog that had aroused the most anticipation. It was advertised as a “Tailored figure-slimmer halter mini dress, designed by designer and stylist Naomi Parry and featuring a bamboo and flower print on silk incorporated into a Spanx dress. ”

In total, the 800 items auctioned have exceeded four million dollars, the equivalent of about 3.5 million euros. Some of these objects will be part of the exhibition ‘Amy: Beyond the Stage’ that opens on November 26 at the Design Museum in London, before being handed over to their owners.