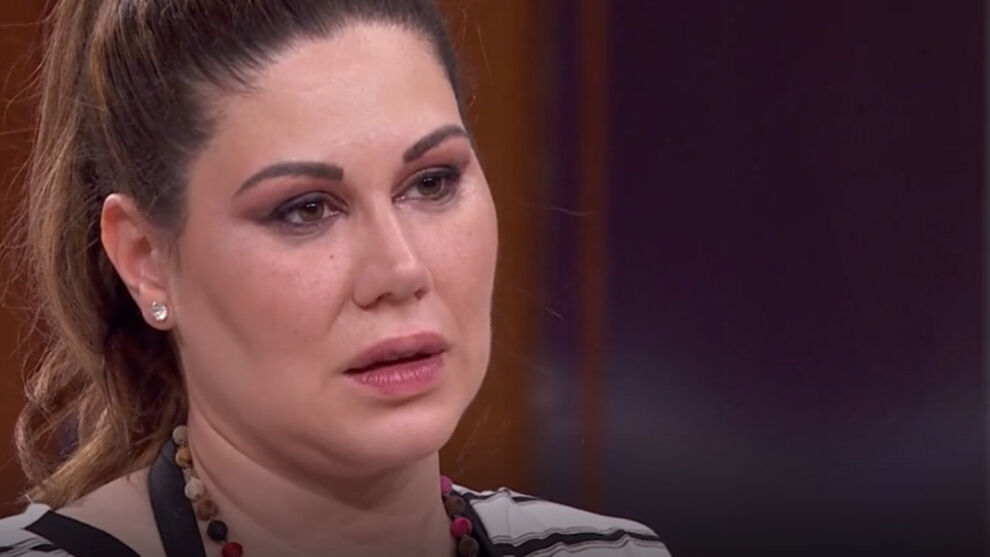 ‘MasterChef Celebrity 6‘, the talent show culinario with 16 famous and a jury made up of Jordi Cruz, Pepe Rodrguez and Samantha Vallejo-Ngera, has premiered this Monday in La1 de RTVE with the expulsion of singer Tamara.

Before being eliminated, Tamara commented through tears: “I have four children who want to be proud of me. I think I’m going to leave and the poor are going to be very disappointed.” “A life of pride is not burdened by a sirloin”, Jordi Cruz pointed out, while Pepe Rodríguez said: “It’s a contest, woman. You have not taken the right meat for that stew, but nothing else. Your children have more than beautiful arguments to love their mother and to be proud of his mother for how he sings. Only for that already … “.

As soon as she heard her name as the first expelled from ‘MasterChef Celebrity 6’, Tamara has burst into tears again. And after the actress’s first hug Vanesa Romero and the designer Eduardo Navarrete, the two applicants who have been on the verge of being eliminated from the program, has quickly arrived David bustamante to encourage the singer: “You have all the talent in the world and we love you. You deserve good things to happen to you. Your children and all the people who know you can be very proud of you because you are a champion mother, fighter“.

Tamara’s complex situation due to the pandemic

“I can’t tell everything but …”, Tamara has been heard saying through tears to her partner Vanesa Romero. Later, alone in front of some cameras that recorded the program four months ago, she explained: “We come from a very complicated year. My husband has all the businesses closed, I have not been able to do concerts for a year and we have four children to support.. I have to take pay home. ”

In the interview with Pepe Rodríguez, Tamara, has collapsed: “It is because of my complex situation, that with four children it is very difficult to maintain. My appliances were easy but I was wrong and that’s it. I would have liked to be longer but it could not be. I’m going home with my kids and that’s it. ”

With the expelled without consolation, the chef has said: “Tamara, my soul breaks. That you are a consecrated artist, like the top of a pine tree. Are you going to continue cooking? “” Yes, I have no choice. I will have to feed my children … even if I do it badly. “And while she receives the encouragement of her companions, she has hung up the apron.