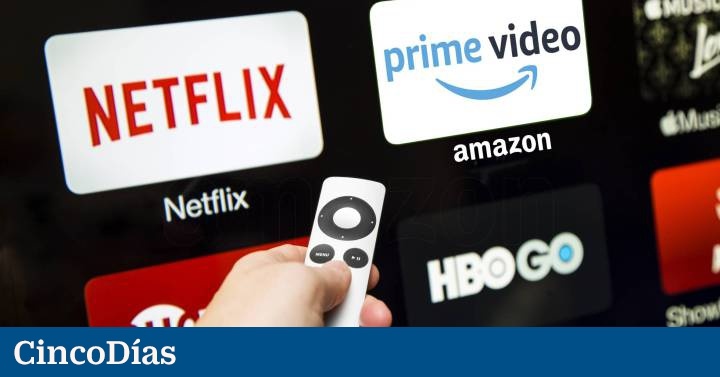 The digital content industry will have a turnover of 3,353 million euros in Spain this year, which will represent 7.4% of the sector in Europe, which will close the year with a turnover of 45,351 million, according to a report prepared by Telecoming. It is the first time that this company, specialized in monetization and mobile payment technology, has made an analysis of this industry, which, it assures, will triple its figure in Spain in five years, reaching 9,926 million, while in Europe it will rise to 115,475 million by 2026.

Advertising on digital platforms is a determining factor in this growth. Spain is one of the countries with the least tolerance for advertisements; Only 36% of Spaniards consume digital videos with advertisements, compared to 50% in Europe. A difference that will be even greater, of up to almost 30 percentage points in 2026.

Per device, the greatest growth will be experienced by the smartphone. In Spain, users will spend 1,934 million on digital content through this gadget, a figure that will triple in 2026. It is not surprising; Smartphones account for 58% of the digital content consumed in Spain, according to the study. Tablets add 578 million to global revenue, followed by PCs, with 561 million. The cost through these two devices will multiply by three in the next five years.

Despite the fact that digital video is the king of content today, according to the analysis, video game consumption will lead the sector, as it is expected to generate almost half (47%) of total revenues. As for video games, 53% of Europeans consume them from their tablets The smartphones; figure that will reach 62% in the next five years. In Spain the percentage is 46% and it is expected to barely increase by four percentage points in 2026.

Hand in hand with this growth, advertising is expected to rise in video games for mobile devices; 36% in Spain and 42% in Europe in 2026. In Spain alone, the advertising industry for mobile video games will skyrocket by 438% and will go from the current 1,440 million to 6,613 million in 2026. The trend will be similar in Europe , which will quadruple the figure to 61,583 million.

As for digital music services, only 6% of Spaniards (3 million) access them today and it will hardly change in the next five years, the report points out. The trend observed in Spain is far from the European average, with 12% of the population using digital music platforms (62 million people) that will increase to 19% or 164 million in 2026.

With a small user base, it is very common for the percentage of subscriptions to be very high (90% in Spain and 93% on the European average). Of course, the purchase of music is almost residual and barely reaches 7% in Europe and will fall to 4% in five years. In the case of Spain, the values ​​are at a meager 1%. By price of subscriptions, Spain is the fourth most expensive country. Each user pays an average of 10.5 euros per month, compared to the 7.89 euros they pay on average on the continent.

Digital content consumed from computers is expected to decline from 17% to 15% in 2026. A decline that will be offset, according to the Telecoming report, with the pull of other devices, especially those smart TV.

Although the average annual disbursement of digital content from a tablet is expected to double from the current 28.6 euros to 64.7 euros in five years (and skyrocket from 16.7 to 41.6 euros in the case computers), average spending on smart TV it will increase in that period from 12.1 euros per year to 42.6 euros. Its weight in terms of digital content consumption will go from the current 7% to 10%, generating 1,006 million, 422% more compared to the current 238 million. Currently, there are 20 million televisions connected in Spain.

The smart speakers and virtual reality glasses, although they are beginning to gain a foothold, today barely represent 1% and 0.1% of total current spending, respectively, and are expected to vary little until 2026. The study indicates that the penetration of These devices on the market will be in good health and will go from 13 million units at the end of 2021 to 22 million in five years.

Regarding the cost per unit, it is expected that in the case of virtual reality devices it will be 52.5 euros in 20216 compared to 38.7 euros today. The average cost of content per unit is much lower in the case of smart speakers, although it will also go from 2.7 euros today to six euros in five years.

The digital content industry will bill 3,352 million this year in Spain