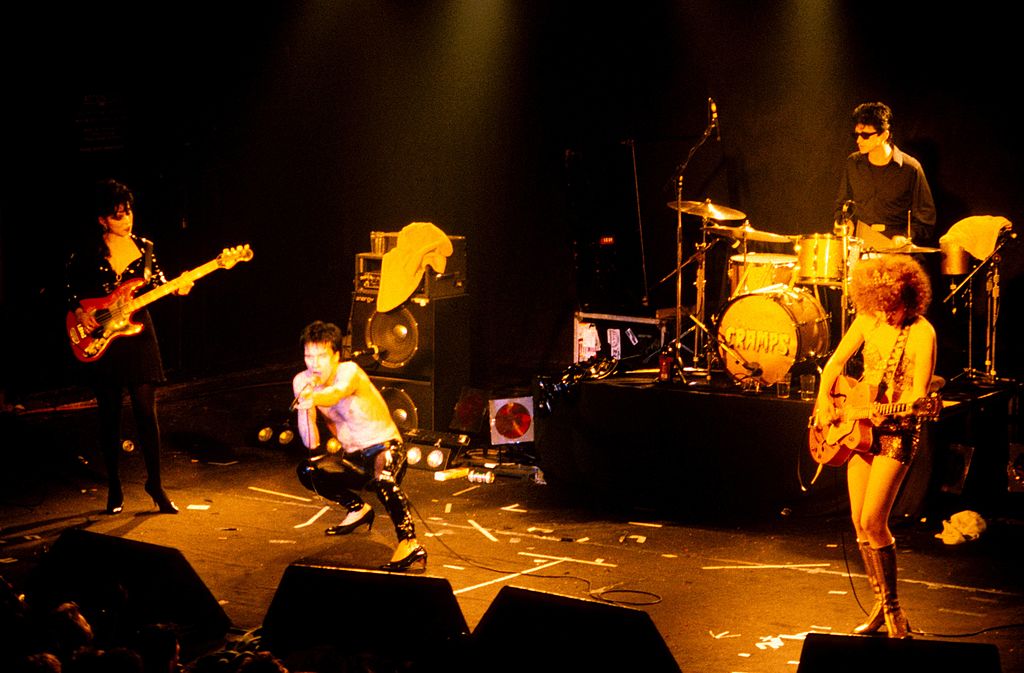 In 1976, Eric Lee Purkhiser, better known as Lux Innerformed with his wife Kristy “Poison Ivy” Wallaceone of the most original and iconic bands in music history: The Cramps. The New York band recovered the rockabilly sound of the 50s (baptized with them as psychobilly) with rolas on the trash culture and the bad taste.

all the sound and visual imagery of The Cramps was excessively sexual with Interior as the frontman walking around the stage, half-naked, wearing leather clothing and heels next to Poison Ivy, guitarist of the band which helped establish a style that influenced the punk and rock scene.

For 30 years of activity and several albums (some compilations and some live), The Cramps put on a number of interesting acts between their tours. But none like the unique and incredible presentation in a psychiatric hospital in Napa in the state of California.

The June 13, 1978, The Cramps and The Mutantsduring a tour, they walked around the Napa State Mental Health in California. The presentation was free, and it was attended by about 200 people (more or less) among a group of fans of both bands who had followed them from New York and San Francisco, respectively. Also in the audience were institute patients and employees.

The presentation was free, and on several occasions Lux Interior interacted with the public. At one point, she told them “Someone told me they were crazy. but i’m not sure about that“and they immediately begin to play “The Way I Walk”, one of the first hits by The Cramps and a pretty sensible song for the place.

In one of the few videos of this presentation, you can see how some patients are dancing and sharing “stage” with Lux and the band. And we say stage in quotes because there isn’t one, it’s just a higher part of the place where at one point, everyone mixes and even sings with it.

The Cramps came from the success of Grave Hits; that is to say, they had barely two years of having started. And by their standards, the audience accustomed to explosive Iggy Pop-type shows, he was surprised with everything The Cramps did … to finish off with the most punk concert in history.

There is very little footage of this performance, and the recording is very poor. However, you can see the energy of the place and part of the setlist they played with songs like “Mystery Plane”, “What’s Behind The Mask”, “Human Fly”, “Domino”, “Garbage Man” or “TV Set”. Here we leave them: