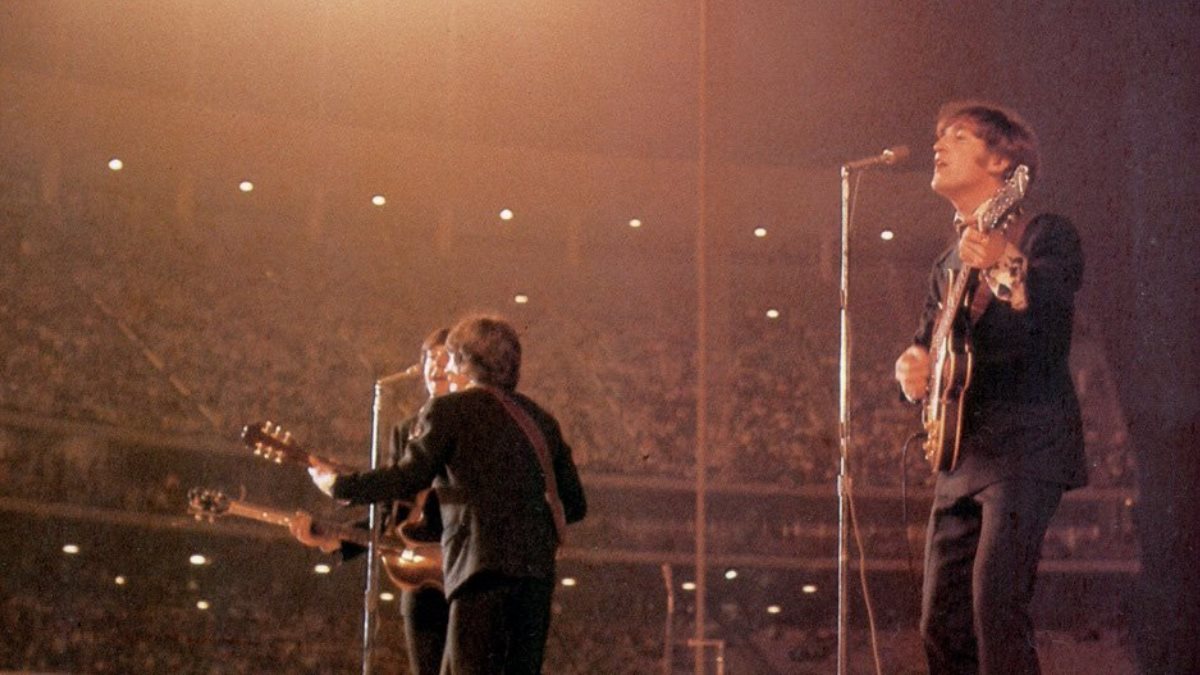 
At the time, it must have seemed like an otherwise nondescript show. Instead, history was made on August 29, 1966 when the Beatles played the nearly half-empty Candlestick Park to put end on a turbulent and controversial tour, and then they disappeared into the cold San Francisco night.

“There was a kind of end-of-term spirit,” said the police officer. press by the Beatles Tony Barrows in John, Paul, George, Ringo & Me. “And there was also this kind of feeling among all of us around the Beatles, that this could be the last show they’ll do.”

The Beatles entered this period exhausted by the crushing rigors of non-stop touring and recording, only to encounter a series of controversies sparked by setbacks and misunderstandings. (The protesters gathered outside Candlestick were still angered by John Lennon’s recently publicized comments about Jesus and the popularity of the Beatles.) At the same time, the music they were creating in the studio was becoming too intricate to be adequately broadcast in a sports arena full of screaming fans.

After enduring a grueling schedule of 19 concerts for just 17 days in 14 different cities, they had simply had enough of the road. “You see, there’s something else I’m going to do, I just don’t know what it is,” Lennon memorably told reporter Maureen Cleave that year. All I know is that this is not for me.

After San Francisco, the Beatles became an exclusive studio band, with the exception of their rooftop concert in 1969. Unfortunately, they didn’t end things on a high note. Approximately only 25,000 of the 42,500 available seats were filled at Candlestick Park; promoter Tempo Productions actually lost money. 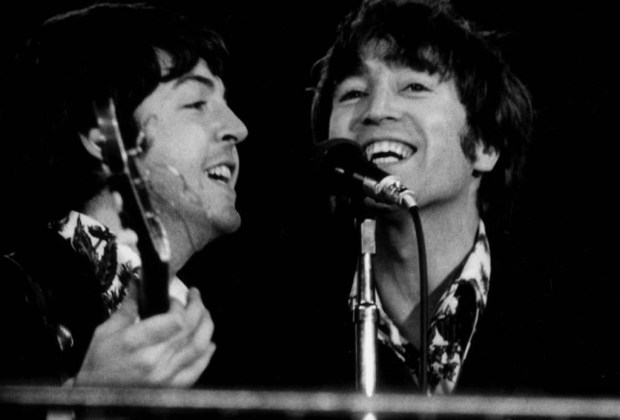 The show began at 8pm, with a quartet of opening acts: The Remains, Bobby Hebb, The Cyrkle, and The Ronettes. DJ Gene Nelson, known as “Emperor Gene” at KYA 1260 AM, was the master of ceremonies. Joan Baez was reportedly among those who crowded into the backstage area before the Beatles met on stage at approximately 9:27 p.m.

They performed from a five-foot secluded stage, set up on this stormy evening just behind second base in the former home of the San Francisco Giants baseball, and surrounded by a six-foot chain link fence. “As any Giants fan will know,” Nelson said in The Beatles Off the Record, “Candlestick Park in August was cold, foggy, and windy at night.”

Paul McCartney even apologized for the weather during his performance of “Long Tall Sally.” That cover of Little Richard – a fitting ending, as it was the most played song on the Beatles’ live set – put the finishing touches on a slightly longer set of songs that mostly focused on their more recent releases.

Six of Candlestick’s 11 songs were from the past two years, including a couple of 1965 Rubber Soul (“If I Needed Someone” and “Nowhere Man”) and non-album singles like 1965’s “I Feel Fine.” , «Day Tripper». ” and yesterday”; and 1966’s “Paperback Writer.” The Beatles rounded out the night with four 1964 songs: “Rock and Roll Music” and “Baby’s in Black” by Beatles for Sale; and the non-LP songs “She’s a Woman” and “Long Tall Sally.” The oldest song was “I Wanna Be Your Man,” a perennial display by Ringo Starr of With the Beatles from 1963.

Starr admitted that he came in with some questions about whether this was, in fact, his last tour. “At that San Francisco concert, it seemed like this might be the last time, but I never felt 100 percent safe until we got back to London,” he said on Anthology. “John wanted to give up more than the others. He said he had had enough.

In truth, there were several visual signs that this was a night like no other. For example, McCartney asked Barrow to record Candlestick’s performance. He could later be found in front of the stage holding the microphone of a handheld recorder. Barrow’s tape captured everything except the final moments of the last Beatles song.

Barrow made a copy for himself and passed the original cassette to McCartney after they returned to London. “Paul was clearly delighted to have such a unique memory of what would turn out to be a historic night: the Fab Four farewell show,” Barrows said in John, Paul, George, Ringo & Me. Later, the hackers of this show became widely available, although Barrows said the thief has never been identified.

Lennon and McCartney also brought cameras to commemorate the San Francisco concert with photos of each other and fans. They even took selfies along the arm and then reunited for one last shot. “Before one of the last issues, we actually installed this camera; I think it had a fisheye, a wide angle lens, “said George Harrison in The Beatles Off the Record. “We installed it on the amp and Ringo put down the drums, and we stood with our backs to the audience and posed for a photograph, because we knew it was the last show.” 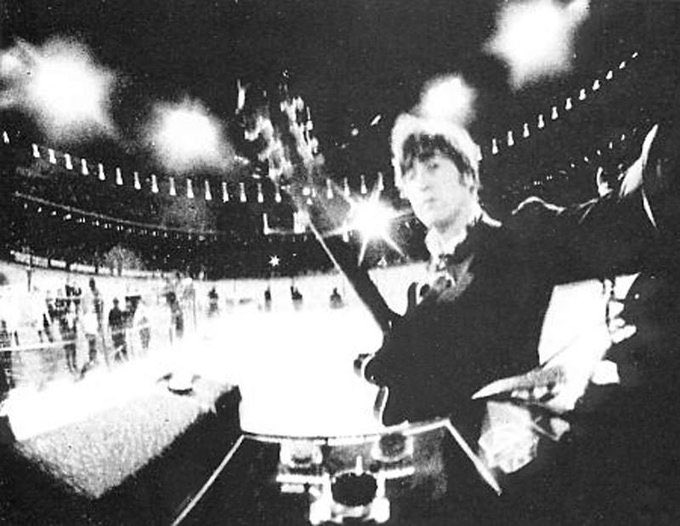 They were more relaxed on stage, more conversational, and in at least one case, the gravity of the moment seemed to overwhelm McCartney. He usually featured songs with a standard stage pattern: “We’d like to continue with …”, and then name the next tune. Only this time McCartney stopped short. 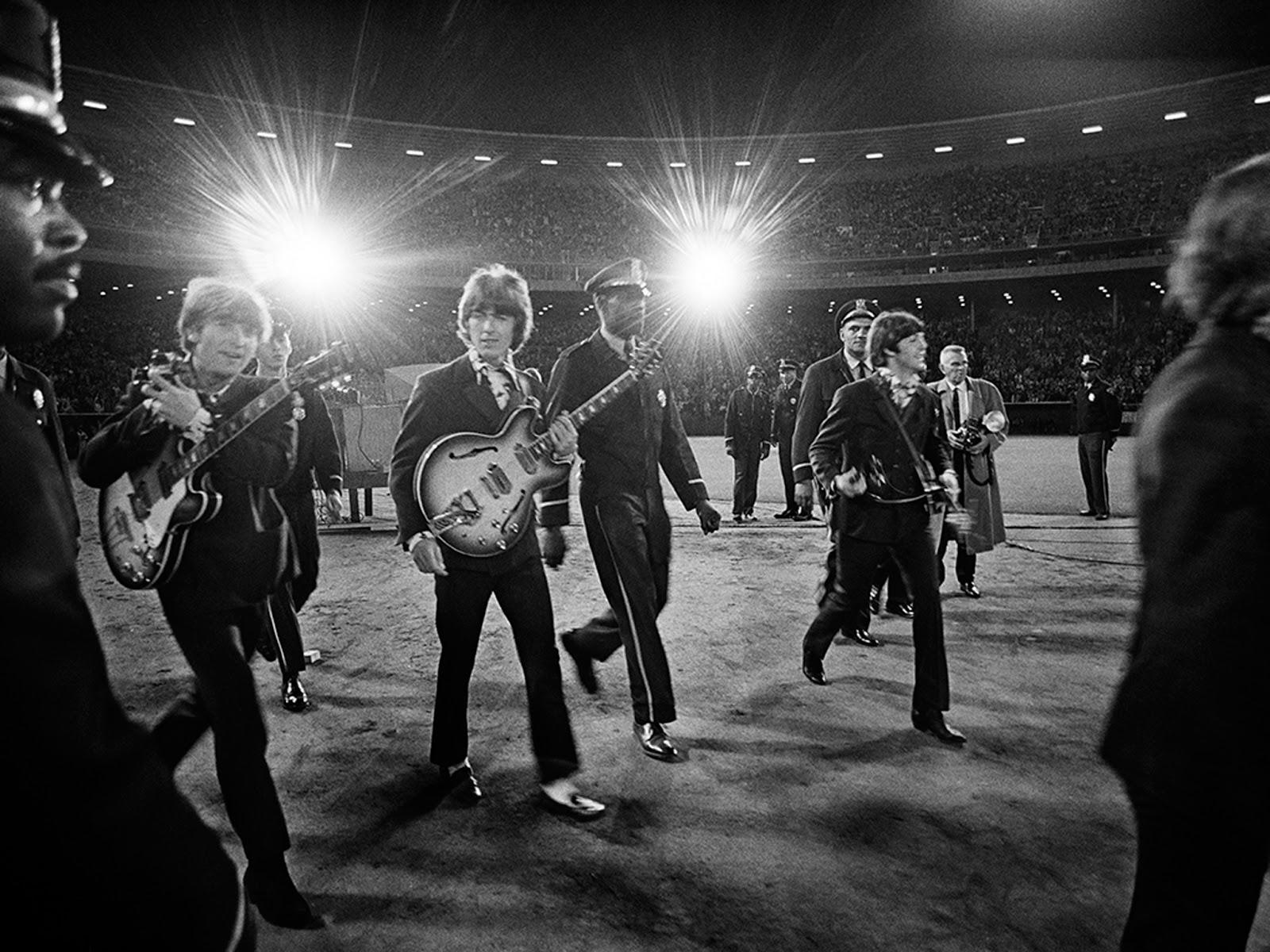 As they prepared to leave the Candlestick stage, Lennon also seemed to be in a brooding mood. He playfully played the opening bars of “In My Life,” his nostalgic 1965 Rubber Soul tune, before running out of the stadium with the rest of the Beatles.

They were greeted by an armored vehicle that transported the gang to the airport. During the flight, Harrison delivered a joke that gave insight into their collective uncertainty about what to expect. “That’s it, then,” he said. I’m not a Beatle anymore.