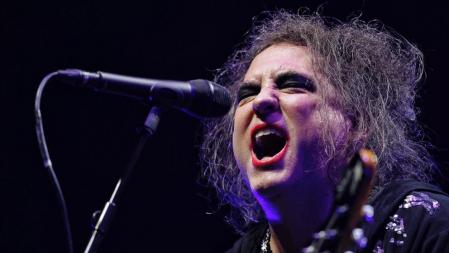 The legendary band The Cure returns today to the Palau Sant Jordi (9pm) with a concert where they will review the best of their repertoire and present some songs from their new album, song of a lost world, publication announced but never finalized.

The Scottish band The Twilight Sad will act as the opening act for an evening that, in addition to being unforgettable, is scheduled to last no less than two hours and whose central body will be songs from their entire extensive discography such as Pictures of you, Lullaby, Just like heaven either Boys don’t cry.

The Barcelona stop of the combo led by Robert Smith is part of its current European tour, which includes 44 concerts in 22 countries, and that on Spanish stages only stops in Madrid as well as the Catalan capital.

The presence of the British group will have a sold out for months at the Palau Sant Jordi, whose capacity, according to the promoter Live Nation, has sought to expand as far as possible, reaching 17,200 seats.

The fan, broad and loyal, remembers perfectly the last concert of the British in Barcelona, ​​which also took place at the Palau Sant Jordi on November 26, 2016.

That concert was memorable and anthological and this possibly will be again. One element that has helped build anticipation is that the Cures will play some songs from their much-heralded new album.

Because the last thing known in this sense of Robert Smith’s group is the album 4:13 Dream, edited in 2008.

Now, the trickle of news began at the concert they offered in Latvia last month. That day they opened the evening with alone, the first novelty with a seven-minute extension, and they officially closed it (later the profuse batch of encores would come) with Endsong, informatively obvious title.

Days later, at the Stockholm show, they discovered And nothing is foreverand finally, in Krakow on October 20, they baptized the fourth novelty entitled I can never say goodbye. A song in which the leader of the band talks about the death of his brother, who recently passed away.

The Cure return to Sant Jordi with new songs