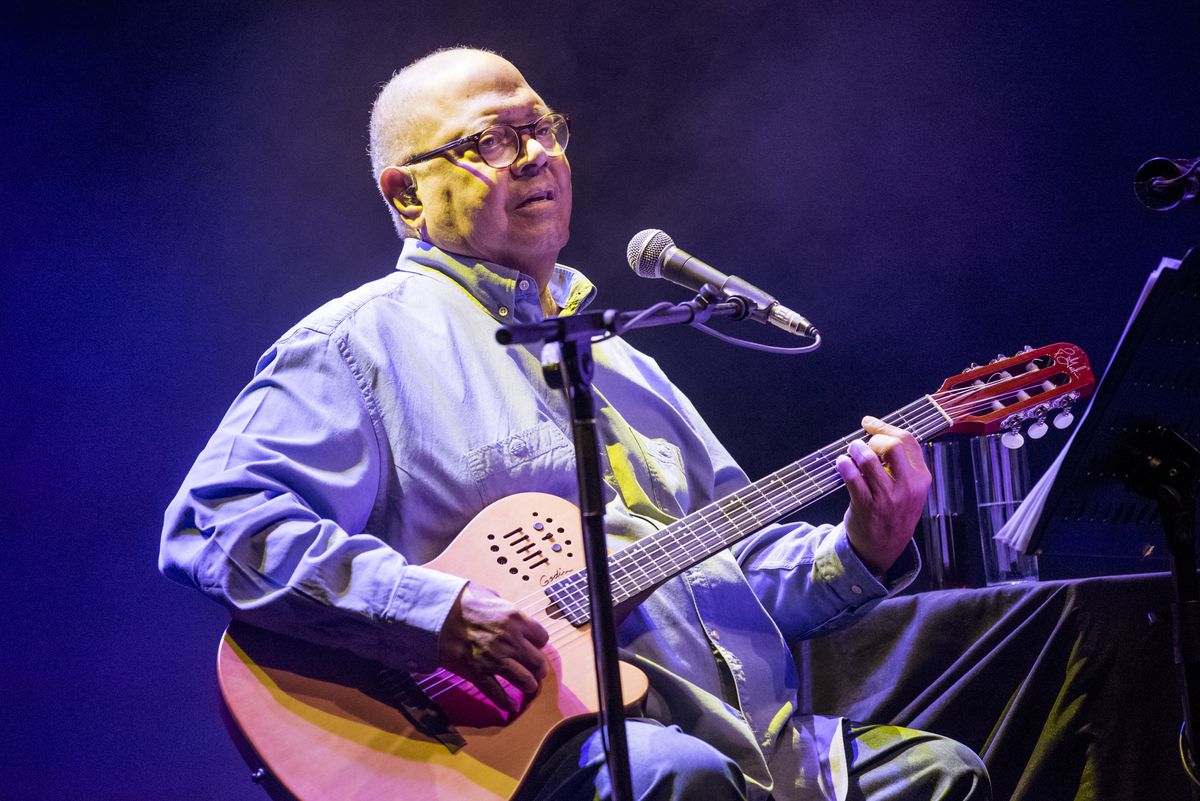 Pablo Milanés is the Cuban ambassador in the land of smoke of the future. We go to his concerts so that he brings us news of those diffuse, falsely promised places that we never live in and that his songs still prevent them from disappearing altogether. Nostalgia blocks the possibility of suffering the present, works on closed and dead sets. Melancholy, on the other hand, is anticipated sadness, the suspicion that the past has not yet fully occurred, memory as a mischievous fable ready to find new figures of pain.

In October, going through the cornered season that is fall, Pablo undertook a brief tour of five cities in the United States: San Francisco, Los Angeles, Miami, New York and Washington DC I waited for him at the penultimate stop, at the Town Hall theater from Manhattan, located on the Broadway circuit. He took short steps to his seat on the stage. Someone was accompanying him and holding him. What they both moved with some difficulty was not Pablo’s body, frail in health at 78, but his voice, which weighs like an army of shadows.

That voice is the conscience of a people, the whispering tone of a generous epic, the silent conversation that a country establishes with orphaned ghosts and truncated roads and lost or scattered youth and all those infinite possibilities that went nowhere and that trace the strange physiognomy of reconciliation. People, from parents to friends, who on the loose did not succeed in the same way, but who did fail in the same way.

It can be said that Cuba’s misfortunes came from not following the route taken by Pablo Milanés’ voice, a democratic song, miraculously distributed among all, owner of the daily commerce of emotion. We are, on the other hand, the country in which Pablo Milanés and Silvio Rodríguez were forever estranged, thanks to the Yoko Ono of the betrayed revolution, a shared ideology of which both troubadours were its most conspicuous ambassadors. What in others would have been an accumulation of infidelities, in Pablo Milanés it is read as the particular honesty of someone who moves between contradictions.

In the midst of a relentless national witch hunt, he has an exclusive and necessary pass. The trial of Cuban neoliberal Stalinism, which falls distressingly on anyone, does not reach it and, if it reaches it, it does not cancel it. The people authorized him so that, before he says goodbye, his song continues to draw the melodic geography of the homeland and reveal, from the negative of distance, the constellations of belonging.

No one who has said that we prefer to sink into the sea, rather than betray the glory that has been lived, can appear today in Miami, and no one who has issued severe opinions on the Cuban regime can appear at the Karl Marx Theater in Havana. Just him.

People oppose those two Pablo Milanés, but it is only one, who still has to be asked about his bumpy journey. We would probably witness the responses of a healer who has explored the apparent enemy fronts with the safe conduct of his music. There is something post-national in his work. A messenger, installed the day after, who understood that we were not, some of us, exiled from the territory, but that we were, all, exiles of time, the true meeting point of a long tribe constantly banished from its time, brooding on his displacement crestfallen the elegiac requiem that represents, in general, the work of his most exuberant and intimate singer.

It is difficult to translate this monologue of virtue, the dry horror of his simple and shocking poetry. People deliberately cry at their concerts because we are going to realize that we will never be able to listen to them with sufficient company anymore. Your bravery is the ultimate lesson. This is a man who was never afraid of feelings.

The courage of Pablo Milanés