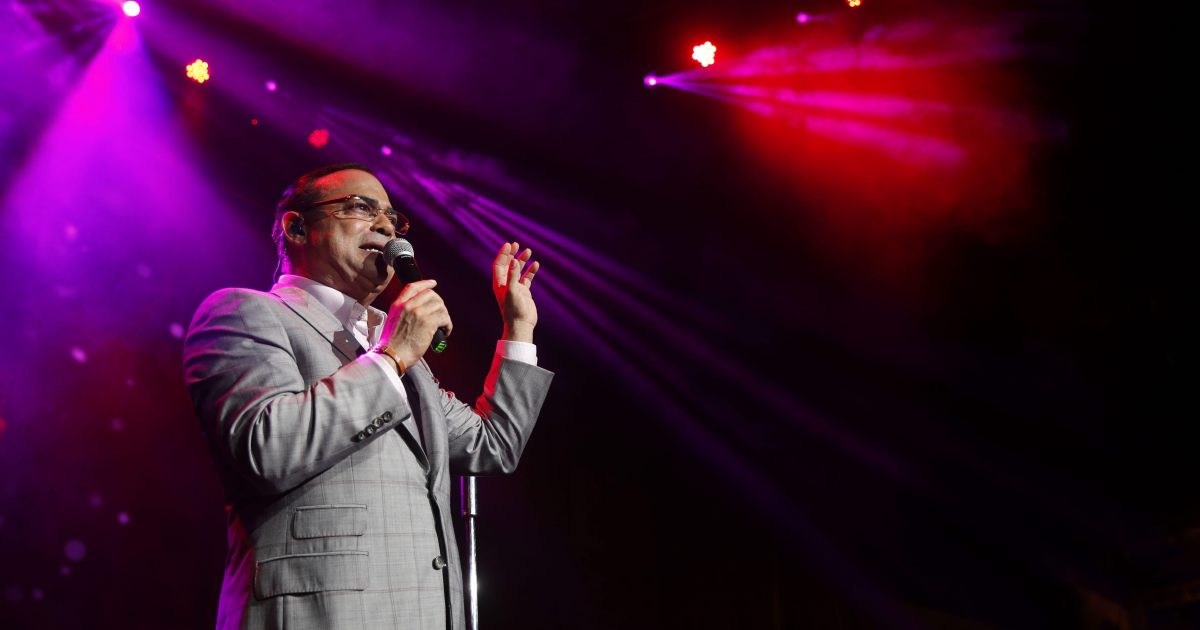 The concerts, after more than a year of forced parenthesis by the covid-19, return this Saturday to the emblematic José Miguel Agrelot Coliseum in San Juan with a presentation of the Puerto Rican salsero Gilberto Santa Rosa, who in the return to normalcy precedes the performances by Rauw Alejandro, Farruko, Jhay Cortez and Kany García.

Today, the Puerto Rican salsero has the honor of being the first artist to offer a face-to-face concert at the island’s first event center, the emblematic “Choli”, which represents a return to live performances, long awaited on the island, one of the epicenters of urban music around the world.

Santa Rosa stressed that it was difficult to choose songs from a repertoire of more than 40 years for a day like today that will be historic because it marks the return of live performances on the island, which also has the “Choli” as stage, where during the In recent years some of the world’s leading figures have performed.

For Santa Rosa it will also be a very special day, since it has not been presented at a massive event on the island since 2018.

Santa Rosa’s performance is just a preview of all the great concerts that will be held in this “temple” of Puerto Rican music in the coming months.

The list includes such prominent figures of Puerto Rican music as Rauw Alejandro, Farruko, Jhay Cortez and Kany García, who after announcing the sale of tickets for their concerts had to announce new functions due to the success in the response of their followers, who with an unusual speed they sold out the tickets as soon as they were put on sale.

The Puerto Rican urban music artist Jhay Cortez opened a second performance for the Coliseo de Puerto Rico, which will be held next Friday, October 29, 2021, after tickets for his first performance on the island will be sold out in minutes, on Saturday. 30th of October.

The euphoria over the presentation of Jhay Cortez in Puerto Rico in the first of the concerts caused tickets to be sold out in just minutes and the Ticketera.com system to collapse.

Rauw Alejandro, nominated for four Premios Juventud and four MTV MIAW awards, is sold out for the four dates at the Coliseo de Puerto Rico on October 20, 21, 22 and 23.

The Puerto Rican artist Farruko also sold in record time his performance on February 5, 2022 at the Coliseo de Puerto Rico included in the “LA 167” tour.

The Puerto Rican singer and songwriter Kany García will present her show on the island on January 28 and 29, 2022, at the Coliseo de Puerto Rico.