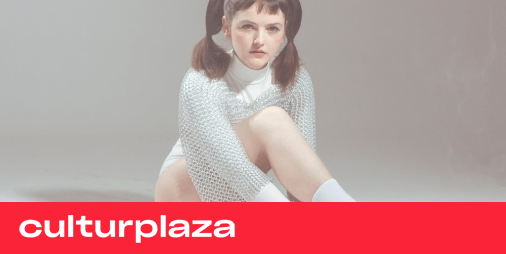 VALENCIA. Returns Concerts from bed. The cycle driven by Carmen Center for Contemporary Culture (CCCC), through the Consorci de Museus y Cero en Conducta, has become, after two seasons in almost a year, a reference concert cycle for new musical trends and a young audience interested in live music.

Both national and international artists such as Mori & Rusowsky, Casero, Irenegarry, Lashormigas, Ralphie Cho and Jazzboy have already passed through the bed, as well as the Valencians Jimena Amarillo, Laborde or Pup Puppy. The cycle returns in its third season and closes this 2021, constituting a shock to the current situation of live music, radiographing the scene of emerging groups linked to new pop and its new artistic expressions. With this, next Saturday, September 18, the first concerts will take place, in which the Gothic cloister of the CCCC will host a scenography created expressly by the Valencian artist Ovidi Benet around a centennial room.

The director of the CCCC, José Luis Pérez Pont highlighted that “the CCCC has become the stage for the most innovative musical trends and young art, from our incubator CCCC Music Lab, through ‘concerts from the bed’ together with Cero en Conducta or the CCCC bedroom, we generate a new context of opportunities, in collaboration with different cultural agents, for the development of musical creation in our Community, which is also projected abroad ”.

The cycle again has the collaboration of Vibra Mahou, the Mahou Cinco Estrellas music platform, which continues to support initiatives that facilitate quality meetings around the best live music and reinforce its commitment to talent and emerging artists.

The performance of BABii It is part of his tour of Spain. BABii (30 years old) is a British producer, songwriter, singer and visual artist. Active since 2018 and a member of the Gloo (Iglooghost, Kai Whiston) collective, her music could be described as a kind of electronic pop full of ethereal and atmospheric sounding synthesizers, broken rhythms, sticky boxes and soft, processed vocals that evoke the singing of the nymphs. In this way, his work would move on horseback between the hyperpop, the glitchpop and the UK garage. All this is evident in his latest album entitled MiiRROR, which premiered on May 21.

vine (24 years old) started as part of the group LULI REBE & SUS XOCOLATINAS with her friend Luli and the ubiquitous Cardevore, a traveling companion who has helped her in productions and performances. But quickly, due to his curiosity and his musical concerns, he began his solo career. The first thing that was officially released in physical format through the Snap! Clap! Club and Jeanne D’Arc, it was a cassette with her debut, Memories of when I was crushed by a rock and I died (2019) that sold out hours before it was even published and that was wrapped in cloth covers sewn by hand by the Rebbe herself. From that moment on, she has become a benchmark for new Spanish pop and one of the most interesting artists in the country.