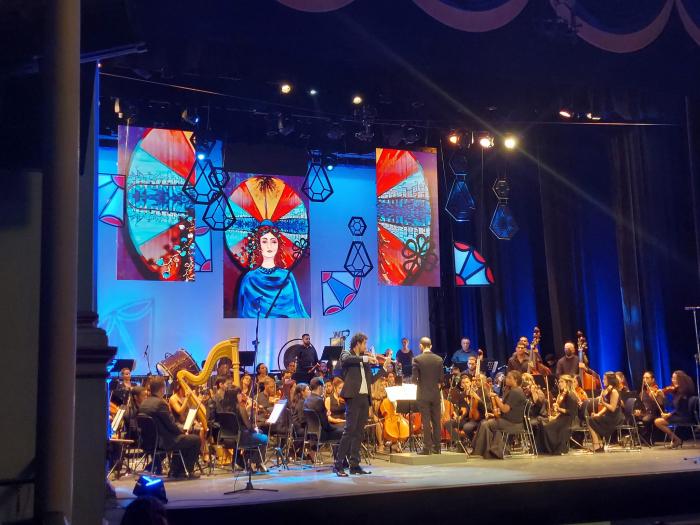 José María Vitier complied with Havana. The world premiere of Havana concerto, at the Martí Theater, rather than paying off a debt with the city and its inhabitants on the eve of the 502 anniversary of its founding, or evoking the legacy of Eusebio Leal, the most loyal of Havanans, left behind of himself the penetrating trace of a composer who enters the third decade of the century with the sound of the city in his memory and in permanent renewal.

Actually, Havana concerto It consists of three concerts for solo instrument (flute, violin, piano) and orchestra, as well as an epilogue in which the three protagonists come together. Each one of the works is cut out on the structure in a way that began to crystallize in the European eighteenth century, although the Cuban creator borders on the fast-slow-fast progression of the three movements insofar as what interests him most is the reflection of successive identities and states of mind.

As a common denominator, the baroque nature of the discourse emerges, an American and insular baroque style, at a distance from the Venetian warp and with the stones and airs of the city of columns, from the founding era to the jazz and rock appropriations of recent times.

Regarding this quality, the musicologist Miriam Escudero highlighted how the work «articulates in time the aesthetic paradigms of Cuban music and literature like Ortiz, Carpentier, Lezama and Leal, baroque by nature, polyphonic and polyrhythmic, in a constant search for the polysemy, of explaining to ourselves through metaphors that infinite riddle, that peculiar way that we have developed to keep alive an irrational identity that is a condition of the soul ».

The flute concerto, PorticoIt is precisely the prelude to the feast, as it presents the aesthetic matrix of what will happen. Since then the encounter, be it confluent, be it contrasting, between the traditions at stake – western, African – and their emergence in the composer’s updated sensibility has been seen. The music lightens and swirls as it passes, just like a portal escorted by tall columns.

Mediopunto, the concerto for violin and orchestra, re-dimensioning the role of the instrument in the Cuban musical saga – how not to think of White, Brindis de Salas, Díaz Albertini; of which Cintio Vitier, a violinist who brought music to lyric writing, was fully aware of what he was fully aware of – and makes it sing, especially in the second movement, with an endearing nocturnalness.

The piano crowns the trajectory with the third concert, Vitral, an intense fusion of what has been preached so far, and to a certain extent, the experience of José María in the conception of his sonic poetics with the keyboard at the epicenter.

Between the score and the listener, the interpreters mediate, in this case unbeatable, not only for their proven qualities – who doubts the mastery of the flutist Niurka González and the pianist Macos Madrigal, or the pleasant surprise that resulted from the resounding demonstration of the young Javier Cantillo, polishing an instrument that belonged to none other than Cintio – but because of his understanding with the material provided by José María.

The evening was supported by the Lyceum Mozartiano Orchestra of Havana, which in the hands of José Antonio Méndez Padrón displays admirable work and consistent fidelity in each delivery.

The concert that Havana deserved – celebration of hope and the collective dream of the possible – was completed with the images of Silvia Rodríguez Rivero, born in parallel to the score, framed in the scenography of Alejandro Ferro and animated by Aaron R. Moreno and Milton Raggi.

The concert that Havana deserved (+ Video)