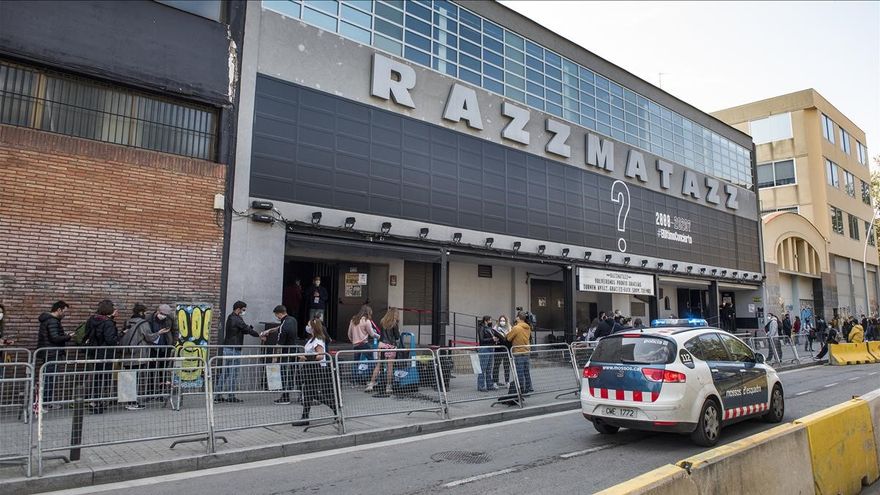 The new pandemic restrictions, which come into force this Thursday at midnight, take away the live music programming of the halls, at least for the next 15 days, due to the suppression of nightlife as a whole and the economic unviability of the plan B, which consists of adapting the capacity (those that, due to their license, can do so) to the seating format with 70% of the capacity. Razzmatazz, Apolo and Luz de Gas have announced the suspension of all their activities. “It is a new blow to the sector and it does a lot of damage. We have endured up to here and we are very badly injured & rdquor ;, Martín Pérez regrets this newspaper, director of the promoter Concert Studio, which organizes the Mil·lenni Festival.

Razzmatazz conveys in a statement its “I reject these measures that once again punish culture by stigmatizing the sector once again, which has shown that it has a very low incidence in the pandemic & rdquor ;, while the ASACC, Associació de Sales de Concerts de Catalunya, confirms the closures of the premises even awaiting the publication of the DOGC, which must give details about the restrictions. One of the details that are pending is whether to establish a maximum capacity ceiling for spaces such as the Palau Sant Jordi, on which the celebration of the Pablo López concert next Tuesday. A show with seats on the track whose tickets sold do not reach 70%, so it could be adapted to the new protocol as long as a capacity limit is not determined (for example, 3,000 or 5,000 spectators).

The main program for the next few days is that of the Mil·lenni Festival, which has responded to the new measures with the forced postponement of the concerts of Rigoberta Bandini (Palau) and Los Enemigos (Apolo). The latter could have been adapted to the numbered seating protocol, but the closure of the room makes it impossible. The two concerts by Niña Pastori at the Palau, next Monday and Tuesday, continue because a part of the public from the first (with sold-out tickets) will move to the second, prioritizing order in the sale of seats. The one of Carlos Núñez, on Thursday, is maintained because the anticipated sale has not exceeded 70% of the capacity. Martín Pérez points out that the reduction in capacity at the Palau does not entail a swelling of the attendees, since the tickets that remain to be sold are mostly located at the ends of the stalls and on the upper floors. The corrective imposed affects, says the director of the Mil·lenni Festival, “the general spirit and hope & rdquor ;.

For Gas Light, restrictions pose a threat to the double celebration party planned for January 11, on the occasion of the simultaneous 25th and 26th anniversary of the room, that offers the performances of The Blow Monkeys y The Christians. The head of the venue, Fede Sardà, expects that both groups “will come when possible & rdquor ;, if the double concert is finally truncated. Remember that the sector “has impeccably complied with all & rdquor; already announces that Gas Light “won’t throw in the towel & rdquor; despite adversity. “A venue with 26 years of history and 12,500 concerts cannot disappear & rdquor ;.

The concert halls suspend their activity due to the new restrictions