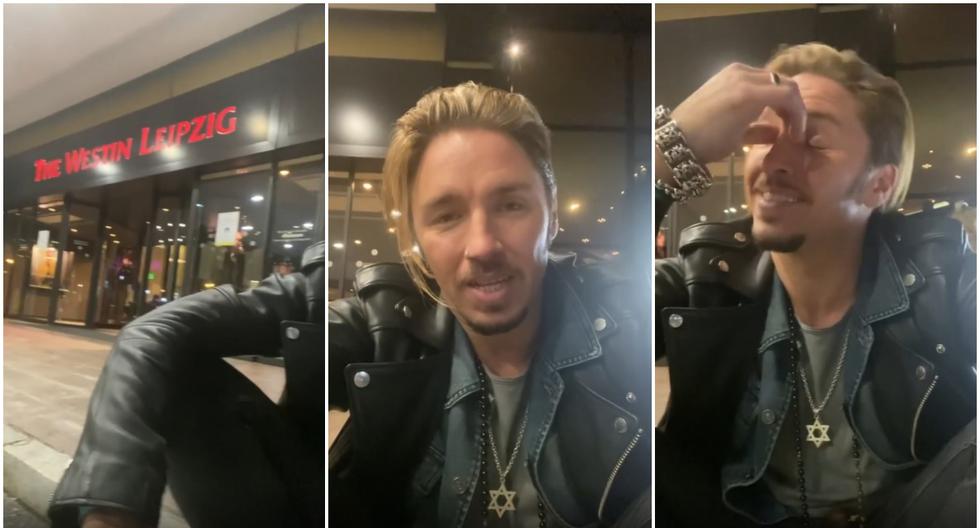 This Tuesday, the German-Israeli singer, Gil Ofarim, published a video on his Instagram account denouncing that an employee of the Westin hotel in the city german from Leipzig asked him hide your necklace with the star of david to be able to be cared for.

SIGHT: Merkel warns of measures against racist and anti-Semitic spillovers in Germany

The 39-year-old Jewish musician’s complaint has set off alarms in Germany, a country that in recent years has seen a dangerous increase in anti-Semitic behavior both within its borders and in the region.

It is worth remembering the attacks against the Halle synagogue in 2019, against a kosher supermarket in Paris in 2015 or against the Jewish museum in Brussels in 2014.

One of the first to react to Ofarim’s complaint was Josef Schuster, head of the Central Council of Jews in Germany, who condemned through his Twitter “the anti-Semitic hostility against Gil Ofarim” calling it “appalling”.

“One hopes that the Westin will take consequences with regard to its staff (…) I also hope that in the future we will find solidarity when they attack us,” Schuster wrote on the social network, as collected by the AP agency.

The German news agency DPA contacted the singer’s representation team, who assured that they would not provide further comment on the case.

Westin Leipzig said the employee involved has been put on leave until the incident is clarified.

GHOSTS OF THE PAST

In late June, the governments of Germany and the United States launched an initiative to curb the alarming increase in anti-Semitic and Jewish Holocaust denialist behavior around the world. reported AP.

Through a Dialogue on the Holocaust, Berlin and Washington seek to reverse the trend they say has been fueled by the political populism seen in Europe and by the COVID-19 pandemic itself.

On January 27, during the ceremony held in the Bundestag (Parliament) as part of the events for the International Day of Remembrance of the Victims of the Holocaust, Charlotte Knobloch, president of the Jewish community of Munich and Upper Bavaria, warned the German highest authorities on the presence of anti-Semitic acts in the demonstrations against the use of masks and measures against the pandemic.

“Anti-Semitic thought and discourse find a voice again in the anti-mask demonstrations,” he said. according to an article by the German chain DW.

Knobloch, a respected figure in the Jewish community in Germany, referred to the yellow stars used by protesters that bore the phrase “not vaccinated” and brought to mind those used by the Nazis to differentiate Jews during the Holocaust.

The Munich Government banned the use of these symbols at the time, considering that they made an apology to the dark historical episode.

A study by the Commission warns that between the first two months of 2020 and 2021, anti-Semitic publications in French multiplied by 7 on the Internet, while those in German did so by 13, according to the AFP agency.

“We saw during the pandemic and successive lockdowns a resurgence of old conspiracy myths” and “an explosion of anti-Semitic content online,” Schinas noted.

“Anti-Semitism remains not only a burden from the past, but also a terrible threat in Europe today,” he added.

This has led 90% of Jews residing in Europe to consider that anti-Semitism has increased in the country in which they live, while 38% consider the option of emigrating in this scenario, according to the Union Agency for Fundamental Rights European.

To counteract the situation, the European Commission will support the creation of a network of experts and verifiers who contribute to the elimination of such publications on social networks; In addition, the protection of synagogues will be strengthened and the transmission of the history of the Shoah (Jewish term to refer to the Holocaust) will be promoted, according to AFP. 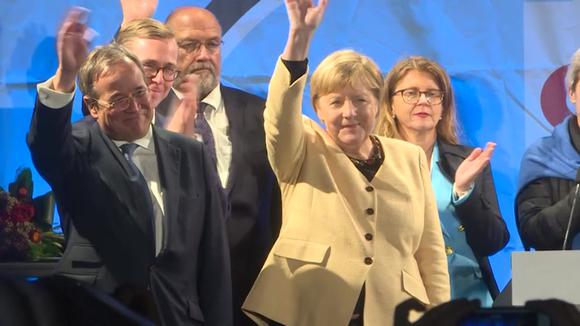 After 16 years in power with “stainless” popularity and after a poorly prepared succession, Angela Merkel is finally preparing to leave the chancellery, leaving a great void in Germany and in the world despite her uneven legacy. (Source: AFP)