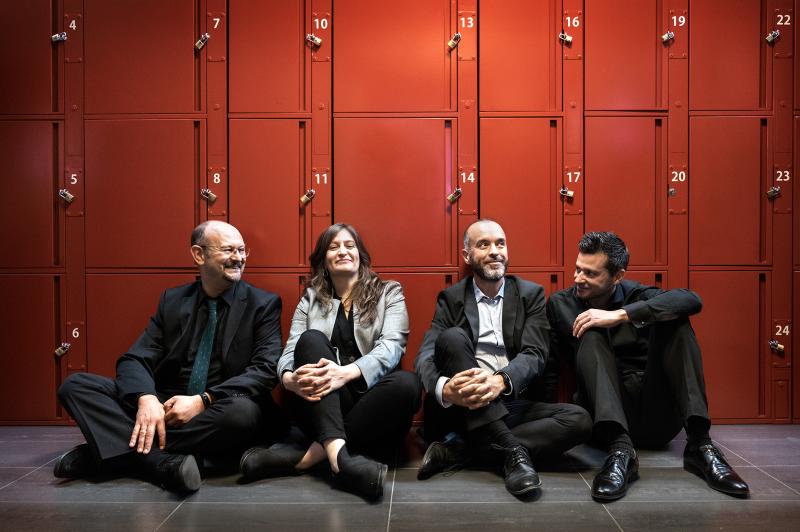 The Xunta program in the Cidade da Cultura de Galicia on Saturdays, September 18 and 25, two educational concerts for family audiences on floor-1 of the Centro Gaiás Museum. Under the title Paths of Music, the cycle will offer a journey through the sound influences of the Camino in order to embark the public on a didactic pilgrimage through the musical heritage.

The first of the appointments will take place on Saturday September 18 and will explore with the help of Kike Estévez the forms of oral improvisation that were present on the Camino throughout the centuries. On Saturday 25 it will be the turn for the Alicerce Quartet and the clown Alfredo Pérez, with a proposal that approaches the music of Wolfgang Amadeus Mozart from creativity and humor. Both concerts will be at 5:00 p.m. and tickets for each of them are already on sale on the Ataquilla website at a price of 3 euros.

Regueifeiro and philologist Kike Estévez conducts this concert that is both an exhibition and an active workshop for the whole family. The regueifa, the toast or the loias are forms of oral improvisation that occur in different areas of Galicia, some of them present in the route that the Camino draws (such as the toast and the loias in Lugo and Ourense, or the regueifas in A Coruña). These improvised cantigas, which were used for various purposes such as fighting for the precious bread on the day of the wedding, or praising and criticizing the spouses and their families, were given with the aim of entertaining the audience for hours with the ease of words of the contestants.

The people attending the workshop will discover ways of rethinking and will practice the keys to build their own improvised dialectical disputes in this concert that will also explore other melodic varieties through different traditional Galician instruments. The recommended age is nine years and up.

The second stop of this educational itinerary will be on behalf of the Alicerce Quartet and the artist and clown Alfredo Pérez, on the occasion of discovering the always new and surprising paths that lead us to Wolfgang Amadeus Mozart.

Jorge Montes (violin), Roberto Santamarina (violin), María José Pámpano (viola) and Carlos García Amigo (cello), make up the Alicerce Quartet. East ensemble Galician shows in his name the solidity of his friendship and the consistency of his basic premises regarding the repertoire and interpretation: music for quartet from the classical and early European romantic periods performed with instruments strung in the gut. They will arrive at Gaiás in the company of Alfredo Pérez, a clown artist, gestural theater, dance and acrobatics who will fill the Austrian composer’s classic melodies with emotions, games, fun and tenderness.

Going to Fun It will try to approach the family audience from classical music, humor and creativity to enter the path of culture and the arts as routes towards quality fun and leisure, as family trips towards personal enrichment. Recommended for the public aged nine and over.