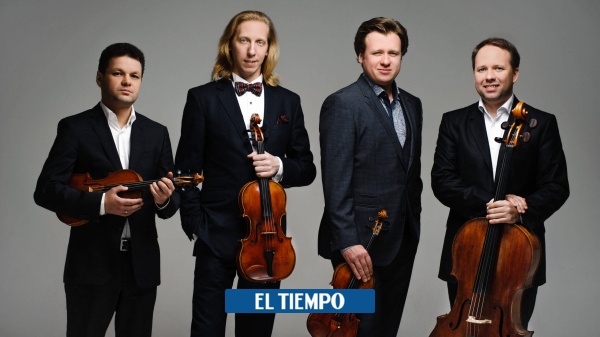 Everything is ready for the XVI version of the Cartagena Music Festival presents “The color of sound”, A more intimate facet of classical music.

One of the iconic stages of the city, and one that has been a fundamental part of the festival over the years, has been the Adolfo Mejía Theater. With its distinguished architecture from the 19th century.

And it is precisely in the nineteenth century where the musical commitment of the Festival de Música de Cartagena in 2022, since chamber music had a certain diffusion in Latin America from the second half of this period in which composers such as Schubert, Mendelssohn, Schumann, Brahms or Franck wrote masterpieces that still constitute cornerstones of literature musical.

The Adolfo Mejía Theater was built in 1911 and declared a national monument.

(You may be interested in: For this reason, Honda is known as the ‘City of Bridges’)

It was built on the ruins of a church, the theater is currently a temple for the arts: inside you can see a large fresco of the nine muses painted by the Colombian artist Enrique Grau. On this stage you can enjoy four concerts that will be presented from January 4 to 10, 2022.

For Tuesday, January 4 at 7 PM, the invited countries will be Austria and Germany, with the presentations of Pablo Barragán, on the clarinet, and the Hugo Wolf Quartet, who for 20 years have had their own place at the forefront of the world chamber music scene. This day will also be the Goldmund Quartet, which stands out for its compelling interpretations of classic and modern works.

On Thursday, January 6, at 7 PM, France and Germany will be the guests of honor, with the staging of two masterpieces of European Romanticism: the Quintets in F minor by Franck and Brahms. This recital will be in charge of the French-Israeli artist Matan Porat. He will be accompanied by the Modigliani Quartet from France, regular guests from the best venues in the world. In addition, the Alban Berg Ensemble will be from Austria, who provide an artistic and interpretive vision, with a unique instrumental combination.

(Too: For this reason, Honda is known as the ‘City of Bridges’)

Italy will be the guest country on Friday, January 7 at 7 PM, with Rossini’s Little Solemn Mass. The presentation will be in charge of the Colombian Opera Choir, the soprano Sara Bermúdez, the alto Paola Leguizamón, the tenor Hans Mogollón, the baritone Juan David González. This session will be under the direction of the Italian director Aurelio Zarrelli.

The Adolfo Mejía Theater says goodbye to its series of concerts on Saturday, January 8 at 7 PM. On this occasion Russia will present the romantic colors. There will be the Oistrakh Quartet, made up of four of the most outstanding Russian musicians of today. You will also be able to enjoy the music of the Alban Berg Ensemble from Austria.

In Magdalena, more than 30 thousand covid vaccines are about to be lost

The Cartagena Music Festival returns in person this 2022