After two years of not appearing on international stages due to the pandemic, the Bogota Philharmonic Orchestra (OFB) will once again take the musical talent of Colombia to the world level by being part of the groups invited to the Tommie Haglund International Festival 2022.

East Wednesday April 20the Bogotá Philharmonic will travel to Swedish territory to participate in the festival led by the composer Tommy Haglund, and that will be held in four cities until April 28: Halmstad, Malmö, Linköping and Falkenberg.

“This year, the Bogotá Philharmonic Orchestra celebrates 55 years of its foundation, and we have different ways to celebrate it, and one of the best opportunities we have is the tour, we are going to go to Sweden, my native country. (…) I am also the artistic director of the Tommie Haglund Festival and the Orchestra will come with me to the festival to perform a fantastic program”, indicated the OFB’s chief music director, Swedish maestro Joachim Gustafsson.

On its way through the Swedish stages, the Orchestra will perform several concerts in homage to the works of Tommie Haglundincluding violin and cello, whose staging will include the participation of British violinist, Chloë Elise Hanslipand the Colombian cellist, Santiago Cañón-Valencia.

You can also read: Fernando Botero, the most successful of Colombian painters, celebrates 90 years of voluminous brushstrokes

The Philharmonic will also recite some of the works that have influenced Haglund’s composition over the years, such as pieces by Jean-Phillipe Rameau; Mozart and Frederick Delius.

“Mr. Haglund is a very good friend of mine, we have worked together for a long time, so it is a great pleasure for me to introduce the Bogotá Philharmonic Orchestra in Sweden to perform his music. (…) We will interpret, for example, “North country sketches” by Delius and “A walk to a paradise garden”so we have quite a repertoire”said the titular music director of the Bogota Philharmonic.

The Orchestra will also perform other works such as “The Daughter of the Voice”, by sopranos Teresia Bokor and Malin Christensson; the “Great Tango” by Astor Piazzolla, and “Five Pieces for piano” by Frederick Delius, headed by master Marcos Madrigal.

Additionally, chamber music will also participate in the Festival. According to the OFB, the Philharmonic Women’s Quintet, the Brass Ensemble and the Entrevera’o Ensemblewhich are part of the Bogotá Philharmonic, will be in charge of staging pieces of that musical genre.

“This tour is an act of optimism and celebration. (…) We are an Orchestra committed to peace, and in a world marked by the uncertainty of the pandemic and now of war, we carry this message from the Colombian capital to Sweden”, concluded the general director of the Philharmonic Orchestra of Bogota, David Garcia.

You can also read: Shakira’s emotional reaction after the tribute Karol G paid her at Coachella

Here we leave you the program of the concert agenda of the OFB in Sweden in case you are in the Scandinavian country and wish to attend the presentations: 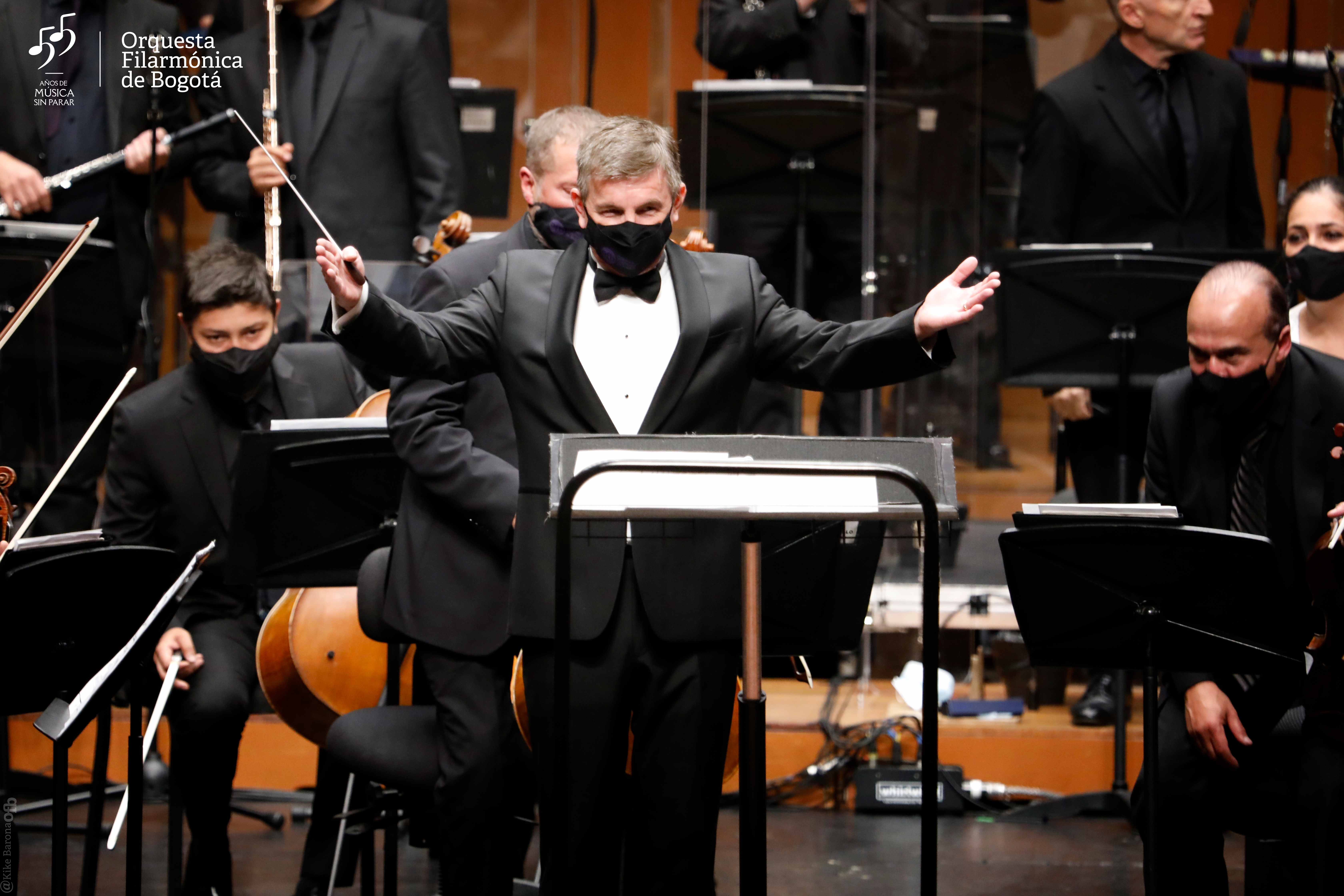 In the image, the music director of the OFB, the Swedish master Joachim Gustafsson. Photo: Kike Barona-OFB

– 2:30 p.m. – Concert in music on the town. Women’s Philharmonic Quintet and Brass Ensemble.

More than 400 thousand foreigners have arrived in Colombia thanks to the reactivation and cultural events of 2022
Filbo 2022: six books to learn about the cultural heritage of Bogotá that you can find at the fair