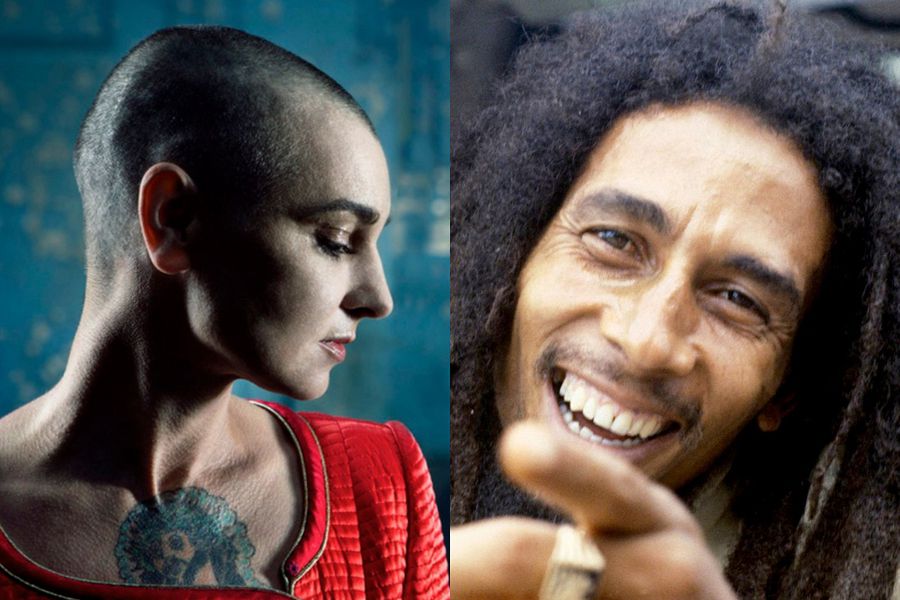 Part of the very political and festive Survival (1979), Ride Natty ride embodied one of the most electrifying manifestations of Bob Marley’s work. A song that built a bridge with Natty Dread, the 1974 album and song that takes its name from an idealized personification of the Rastafari movement and celebrates in its verses: “Natty Dreadlock in a Babylon (Natty Dread)”.

Sinéad O’Connor, a follower of Marley for years, resorted to that 1979 song for this Saturday to say goodbye to Shane Lunny, her 17-year-old son, of whom she reported his death by presumed suicide and after having disappeared from a hospital in Ireland the week before.

“This is for my Shaney. Light of my life. The lamp of my soul. My blue eyed baby. You will always be my light. We will always be together. No limit can separate us”, he wrote on his Twitter account, choosing a composition of the reggae icon as a tribute to the death of the son he had with the musician Donal Lunny in 2004.

“Rastafari has inspired me to be even more passionately Catholic” O’Connor said in a 2005 interview with NPR, explaining her connection to Jamaican culture despite growing up Christian in her homeland. “And Rastafari is not a religion; it’s a movement. And when you’re around those people, you can taste God.”

Before tragedy struck her again, the voice of Nothing compares 2U established an indissoluble connection with Bob Marley in a postcard that went around the world and defined his later years.

In October 1992, while going through one of the best moments of her career, she was considered as the musical guest of an edition of the successful comedy show Saturday Night Live. He chose as the axis of his show an a cappella version of War (1976).

“Everywhere there is war / I say war / That is until there are no longer first and second class citizens of any nation / Until the color of a man’s skin is no more important than the color of his eyes”, interpreted O’Connor staring at the camera and only with the tearing and force of his voice.

That part had been part of the rehearsal that usually completes the program before each show of the artists it summons. Outside the script, the singer resorted to an unexpected resource at the end of her performance, when she sang: “We trust in the victory of good over evil”. Taking a photograph of Pope John Paul II and showing it to the camera, he said “fight against the true enemy” and destroyed the portrait, closing a presentation that he intended as a protest against sexual abuse within the Catholic Church.

Although that moment involved a wave of criticism (nine years later the Vatican acknowledged the abuses for the first time), O’Connor has never regretted his action on American television. And in a more subterranean sense, it linked her forever with the man from Is this love.

In 2004 he continued to nurture that relationship by traveling to Jamaica to the Tuff Gong studios, owned by the Marley family and which has also hosted other figures such as Snoop Dogg and Lauryn Hill. There he recorded his seventh album, Throw down your arms (not available on platforms), his first reggae-influenced album and the first where he decided to donate a portion of the profits to Rastafari communities.

“These songs just… I couldn’t begin to describe how much they mean to me on all levels of life,” he said during those years in which he fulfilled his dream of going to Kingston and abandoning the conventional routes of pop and rock.

“I think we have similarities in our music, in the sense that there is a great kind of yearning, longing and calling in the music of Ireland and Jamaica, particularly in the singing,” he explained. “And also, the most important similarity for me, is this passion for God.”