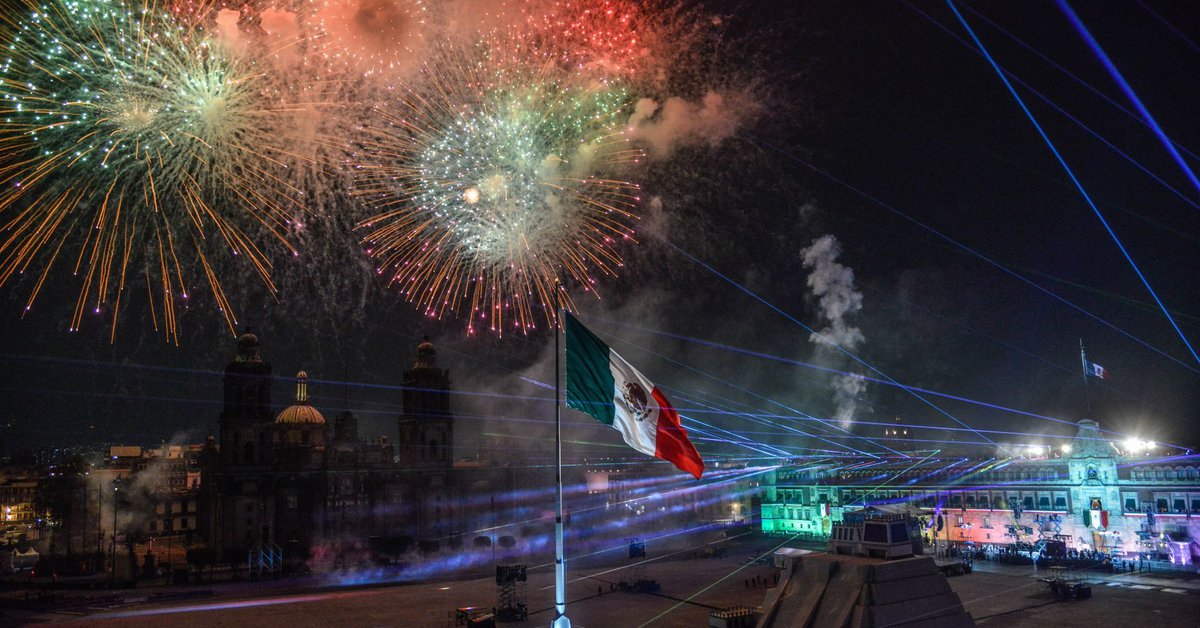 Historically, September 16 is a day of celebration, where Mexican men and women gather to taste national dishes, peculiar drinks and enjoy emblematic songs.

Next, we will present you the best songs that you can listen to during your Mexican night full of pozole, tequila and folklore.

It is a song by Rubén Fuentes from the year 1964. According to the author, he wrote the song after a walk on the beach, where his son told him that women who wore bikinis should be called “bikinas”. Although another version affirms that the song is inspired by the time of the Cristeros.

The story goes that a woman was abandoned by her parents from birth and suffered sexual violence by a captain named Humberto Ruiz.

It is one of the most controversial issues of the Mexican quartet on the historical relationship between the United States and Mexico, dedicated to racism and derogatory treatment from the northern country (Mexicans are called “frijoleros”).

The song, released in 2002, was born after drummer Randy Ebright had problems at an airport with US authorities who asked him to show his belongings due to the Latino features of his wife and daughter. In addition, the subject has suffered censorship in several points and was also removed from the radio in the United States.

“Cielito Lindo” was written in 1882 by the Mexican Quirino Mendoza y Cortés. Supposedly, the composer was inspired by his wife, who had a mole next to her mouth and had met him in the mountains. The song became so popular that it became a veritable anthem that Mexicans sing in sports arenas and gatherings around the world.

TOLUCA, STATE OF MEXICO, SEPTEMBER 13, 2021.- They prepare a stage in the Plaza de los Mártires for the celebration of the 211th Anniversary of the Independence of Mexico, which will be broadcast on television and the population is invited to stay at home during these festivities to in order to avoid an increase in COVID-19 infections. PHOTO: CRISANTA ESPINOSA AGUILAR /CUARTOSCURO.COM

Huapango is a symphonic work by the Mexican composer José Pablo Moncayo, premiered in 1941 and probably the best known of said composer, strongly associated with the nationalist cultural and audiovisual production of Mexico, to such an extent that in that country it has been called the second Mexican National Anthem.

The melody was released on August 15, 1941 at the Palacio de Bellas Artes, performed by the Orquesta Sinfónica de México, under the direction of Carlos Chávez. This type of song is used mainly on September 16, the national day of independence.

As you hear it, “El Sinaloense” was not written by someone from the state, but by the Potosino composer Severiano Briseño. It is an emblematic piece of music from that state and one of the most traditional in the repertoire of wind bands in Mexico.

The song was composed in 1944, however its origin dates back a bit earlier. On October 10, 1943, when Briseño was going to the United States as part of the trio: “Los Tamaulipecos”, they were going to tour that country and Canada.

A storm in the Pacific damaged some highway sections in the south of the state of Sinaloa and made Severiano Briseño and his companions stop in the city of Mazatlán, specifically in a bar or nightclub called: “El Torito Manchado”, there talking With a group of people the request arose to compose a song for the state of Sinaloa.

At 10:54 p.m., the ceremony began in National Palace and the Constitution Plaza in Mexico City, from where Andrés Manuel López Obrador headed his third traditional Cry of Independence.

A member of the Armed forces started the activities with a martial touch, and later, together with the researcher Beatriz Gutiérrez Müller, gave way to the room where Mexican cadets delivered the respective flag of Mexico.

“Categorically that is false”: Javier Corral attacked César Duarte and the alleged return of 10 properties
This is the exclusive area of ​​CDMX where the statue of Christopher Columbus will be relocated
They located 39 people who were kidnapped by an armed commando in San Luis Potosí