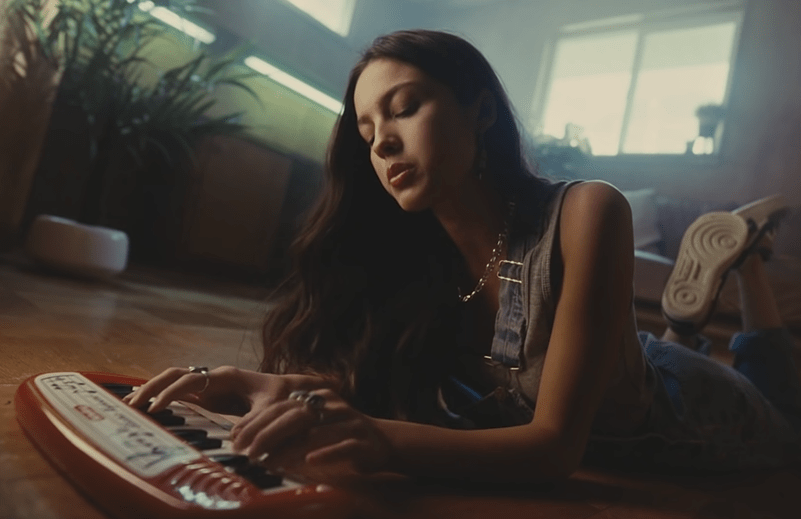 The music is intimately linked to our memories and the year it was released. Not only do they enclose the zeitgeist of the time very immediately, it is also tied to everything we live. Although in 2021 we still cannot go out to dance as if there were no tomorrow due to the pandemic, reggaeton and Latin rhythms have continued to be present in the rankings of the most listened to. Of course, it seems to have lost steam before pop, especially from the hand of Olivia Rodrigo. These are what we consider to have been, for all that they represent, the best songs of the year.

The year in the music industry has had a name of its own and that is Olivia rodrigo. Not only has he accumulated seven nominations to the Grammy Awards for his debut album, which was his first single has accumulated more than 1,100 million streams and Spotify in the last twelve months, becoming the most listened to song of 2021 on the platform. And is that Drivers License has managed to excite both the adolescents who suffer their first love disappointments, and the adults who have felt transported to those days as if it were a regression to the past induced by their lyrics.

MONTERO (Call Me By Your Name)

The song of the American singer and rapper Lil Nas X was the lead single from his first album study Montero and ranks second in the most listened to songs on Spotify globally this year.

The song by Australian rapper and singer The Kid Laroi and Canadian singer Justin Bieber managed to reach the number one position in the Billboard Hot 10, becoming the first number one on Laroi’s list and the eighth for Bieber. It is also the third most listened to song on Spotify and has been the soundtrack of many reels and tiktoks on the networks.

Olivia Rodrigo reigns supreme on Spotify this year with two songs among the most listened to of the year. And it is that, who has not yelled at the top of his lung “like a damn sociopath”, at some point, thinking of someone specific? Good 4 u It is a great song with all the letters that are missing from its stylized title.

Levitating It is another of those songs that we have swollen to listen to in the background on social networks this year. Although Future Nostalgia was published in March 2020, in the middle of the explosion of the pandemic, Dua Lipa’s album has had a long journey through 2021. The version of this song with the feat. by DaBaby closes the podium of honor of the five most listened songs of Spotify in the world.

Yes now soap operas come from Turkey, the boy bands come from Korea. Proof of them are the BTS, who have become the boys of the moment and their song Butter It was the second most viewed video on YouTube this year. The Asian band too took home in 2021 three AMAS: Favorite Pop Artist of the Year, Duo or Group, and Favorite Pop Song. Not surprising considering that these awards celebrate popularity and are determined through a survey of music consumers.

The weeknd has been another musician who has managed to sneak a video clip into the top 10 of the most viewed videos on the streaming platform. More concretely, Save Your Tear ranks fourth. It is not for less because it is an authentic past and, in addition, the artist was in charge of entertaining the intermission of the Super Bowl this year. He has even collaborated with our Rosalía.

The last five years has been golden for music in Spanish, and Latin artists have had a lot of presence in the final count of the most consumed music. Although in 2021, international representation has dropped slightly from previous lists, KAROL G and Mariah Angeliq rank seventh for the most viewed videos on YouTube this year.

Rauw Alejandro made the news in 2021 for his relationship with “la Rosalía” and for having signed the song of the summer in Spain. Everything about you has sounded over and over again so it’s no surprise that it occupies the second position of the most viewed video clips in Spain on YouTube.

The hot song by Rosalía and Bad Bunny raised the temperatures with their chemistry on stage. The video clip of Last night’s night It was released on February 14 and closes the top 10 most viewed video clips on YouTube Spain.