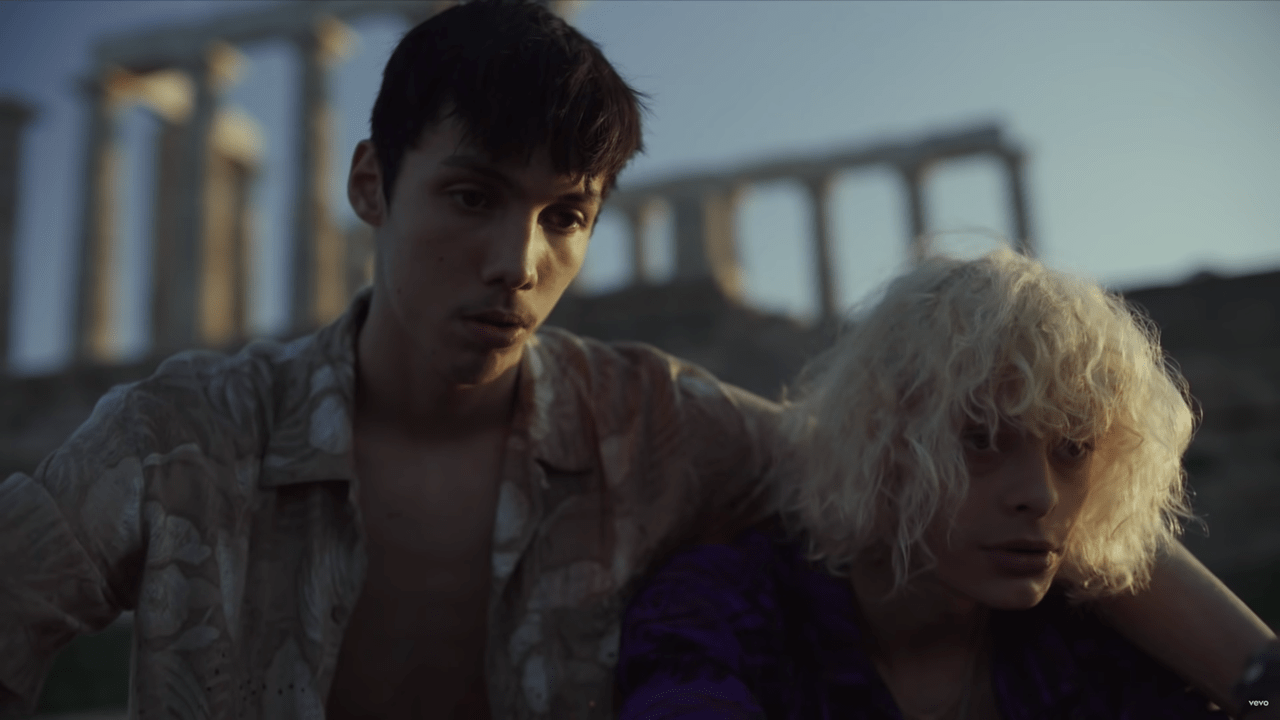 The phrase about the new futuristic wave could not be more true. In a reductionist way we could say that they sound like a punk-pop group from the 90s, but the amount of genres that combine in their songs is simply amazing. They are an example that a part of today’s youth is way above what we thought was cool in the 90s. Blurring the boundaries of gender identity, urban tribes, musical genres and letting go of sound prejudices such as singing with a smurfy voice are liberations that honestly would have been great for those testosterone groups of our adolescence.

It is difficult to start a song better than with the phrases: “Fuck You, Fuck all your friends, Everyone, all of them”. This New York band sounds a lot like The Drums, The Cure and anything else post-punk you can imagine. With ‘Dance in room song’ he achieves precisely what the title says, that we dance in our room As much as the song talks about a painful breakup.

347aidan – When the Devil Cries

This Ontario kid has only been in the music world for a couple of years and has already had some success with over 200 million views. It is what the TikTok generation has. Anyway, this ‘when the devil cries’ is a pretty round hip-hop song, with great phrases and capable of recreating a rather sinister atmosphere that perhaps the music video with its parody of the Joker ends up breaking.

Yes, Wolf Alice is already a group with quite a long history, but we could not resist including this beautiful ballad with an ambient touch that grows to form an absolutely epic chorus of voices. All with the beautiful voice of Ellie Rowsell.

Nation of Language – Wounds of Love

The New York trio has established themselves as one of the most talented bands on the indie scene thanks to their first two albums. ‘Wounds of Love’ belongs to the most recent, ‘A Way Forward’. To define how good they are, I can only say that They’re the closest thing to Orchestal Manouvers in the Dark we’ve ever seen. They will soon start touring and will come to Barcelona and Madrid, if the coronavirus does not prevent it.

Ritt Momney – Not Around

Indie music has been going for more years than we remember with the revival of the eighties, but for a few years, younger artists have been betting on the maligned decade of the 90s. This Ritt Momney song is a great example of that. At first everything sounds a little more current as he hums such great phrases as “And we both think that it’s stupid, that they pay me just to sing, and I can sing for you for free”, but the last part of the song stars a guitar that is literally hard to distinguish from Weezer.

I cheat again by including a group that has been around for a few years now, but I’m doing it for a good cause. I do it to include one of the most beautiful folk songs of the year with lyrics that are the best we’ve heard in a long time. In fact, it is so good that we cannot single out a specific phrase. The lies that Ben Schneider and Allison Ponthier are told in the song resonate as truths, as universal as they are painful, that we would never want to hear..

Payday is so young that until recently it had not even given a concert. His brilliant career already includes three albums, all of which have been released during the pandemic. His rapping level is absolutely spectacular. He stands out for his rhyming speed, but when we really fall in love is when he takes it easy and raps in slow motion. His lyrics about male toxicity or feminism have also dazzled us.

Defining how precious Lucy Dacus’s voice is is a task that escapes me. Maybe the La Voz jury could tell us about his color and things like that. We can only tell you that she is beautiful, the same as almost all her songs. He proves it again with ‘Hot & Heavy’, a wonderful song that also includes sequences from Lucy’s childhood in its music video. What more could you want?

If you are from the church of the Rhodesians and you think that anything made with Auto-Tune is not worth it, think twiceBecause Police Car Collective proves that you can make one of the best indie songs of the year with a smurfy voice. This British duo, who have no album yet, are another proof that a part of the youth plays in another league and is capable of creating music without complexes. Y recuerda: “do you really die when you live online?”.

Foxing – If I Believed In Love

The well-known band from St. Louis gives us one of their best songs to date. The first half is like a ballad of heartbreak, but suddenly everything transforms into a loud punk that is very reminiscent of the best of Neutral Milk Hotel. Almost nothing.

Actually we would just have to say that the new single from the Rebounder brothers has a mouse keyboard reminiscent of Camela, but the song also has a really catchy chorus and they even make mentions of Yoshi from Super Mario bros. You have to love them yes or yes.

If we needed something for this 2021 it was a song this happy by Goth Babe, the Tennessee artist who has fallen in love with the Canary Islands. The dance floors have been pretty deserted in recent months, but it won’t be because this song doesn’t deserve it.. It is evocative, fun and, above all, very danceable.

Hobo Johnson – I want you back

One of the purest hip-hop talents we’ve seen in recent years has released two albums in 2021. In the first, ‘The Revenge of Hobo Johnson’ presented us this hit piece that has absolutely priceless verses What: “And now I’m just laying here dead on my couch, Facebook and Google have their tubes in my mouth, and as they generously feed me my ads for the day, for the week, for the month, I think we’re fucked”.

The best indie songs of 2021, according to GQ