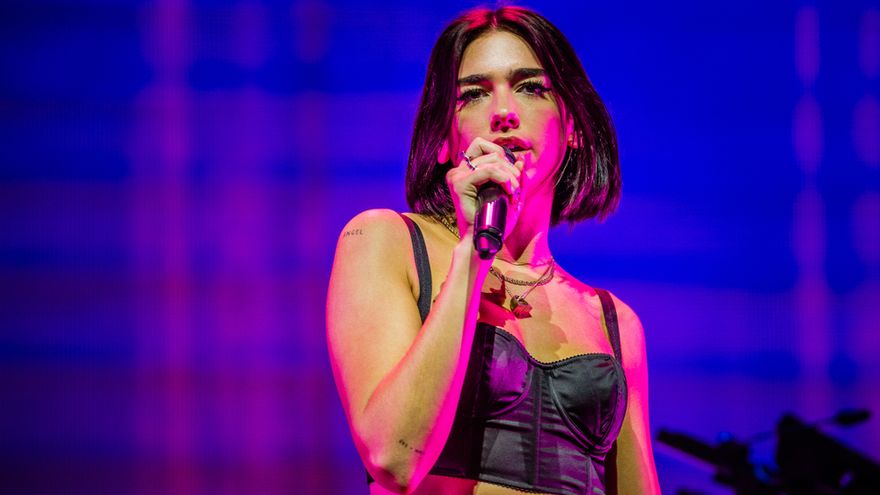 After two years of closures, reduced capacity and restrictions that made festivals and concerts unfeasible, especially the largest ones, 2022 brings a barrage of music quotes that have been waiting for their moment for a long time and many other new ones that are added to a calendar overflowing, finally, with world idols.

If ómicron does not disrupt the revival of the live music industry again, the next few months will see artists parade through Spain who had been far from these borders, such as Dua Lipa, Queen, Alicia Keys, Foo Fighters, Red Hot Chili Peppers, Metallica, Lorde, Shawn Mendes, Maluma o The Cure.

The first great global figure to land in Spain will be Canadian Bryan Adams. It will be on February 1 at the Wizink Center in Madrid and on February 2 at the Palau Sant Jordi in Barcelona.

Bring Me The Horizon will visit these cities in reverse order on days 4 (Sant Jordi Club) and 5 (Palacio Vistalegre). In addition, on the 13th The Lumineers will be at the former Sports Palace of the Community of Madrid.

In March, Franz Ferdinand will take their greatest hits tour to three points in the country: Barcelona (15, Sant Jordi Club), Madrid (16, Wizink Center) and Bilbao (19, Bilbao Arena). And at the end Van Morrison will arrive to play on the 29th in Madrid (Wizink Center) and on the 31st in La Coruña (Coliseum).

That day, Maluma plans to perform at the Palau Sant Jordi and on April 5 at the Wizink Center, within a long European tour. In July it will return to cities such as Palma de Mallorca, Marbella (Málaga), Murcia and Santander.

Shawn Mendes will cause the same hormonal revolutions passing through Barcelona on May 14, Barakaldo (Bilbao) on May 15 and Madrid on May 20.

The veterans Bad Religion will have an even more extensive calendar in Spain: the Bizkaia Arena in Bilbao on May 13, the Paris hall in Malaga on the 15th, Repvblicca in Valencia on the 18th, the Poble Espanyol in Barcelona on the 20th, the Wizink Center on the 21st and 22nd in the Fontes do Sar Multipurpose Pavilion in Santiago of Compostela.

June will be very powerful in international visits. Dua Lipa It will be on the 1st at the Palau Sant Jordi and on the 3rd at the Wizink Center. One day later, Red Hot Chili Peppers they will disembark at the Estadio de la Cartuja in Seville and on the 7th at the Estadi Olimpic in Barcelona.

American rock band Foo Fighters will perform on June 20 at the Wanda Metropolitano in Madrid as part of its tour for its twenty-sixth anniversary, a concert in which it will feature Liam Gallagher as guest artist.

Several Latin American figures will take over from them. Colombian Camilo will perform at the La Cartuja Stadium on June 18, at the Wizink Center on the 25th and at the Palau Sant Jordi on the 26th. Argentine Andres Calamaro, which will play at the Bilbao Auditorium on May 29, will go through several summer festivals and, on June 28, at the Wizink Center.

The day before, Alicia Keys will be in that same space., which will travel to the Wizink Center on July 4, where on July 6 and 7 the legendary Queen will take over, with Adam Lambert as vocalist.

Alejandro Fernández and his mariachis will set foot in A Coruña (Coliseum, July 17), Madrid (Wizink Center, 26) and Santa Cruz de Tenerife (fairground, July 30), while in parallel Iron Maiden will take their guitars to the Olympic Stadium Barcelona on July 29.

At a more national level, From now on it is possible to enjoy Actual, the first festival of the year, held in Logroño until January 8, with Nathy Peluso, Rigoberta Bandini, Alice Wonder and Rodrigo Cuevas, among others.

It will come to an end Inverfest in Madrid, with more than 120 concerts until February 6 starring figures such as Quique González, Triángulo de Amor Bizarro, M-Clan, Morgan, Fuel Fandango, Kiko Veneno and Carmen Linares.

2022 will be an equally intense year in appointments with the national stars, with tours among others of C. Tangana, Manuel Carrasco, Malu, Manolo Garcia, melendi, Vanessa Martin or Pablo Alboran, who will return to theaters for the first time since its inception a decade ago.

In addition there will be a series of unique events, such as the farewell tour of Joan Manuel Serrat, which will start on June 7 in Murcia and will tour the whole of Spain until the end in Barcelona on December 22 and 23, or the jump to the Wanda Metropolitano de Vetusta Morla stadium on June 24 and the recreation 40 years after the legendary concert “Rock And Rios” next March 12 in Madrid.

The best concerts for 2022: from Dua Lipa to Red Hot Chili Peppers