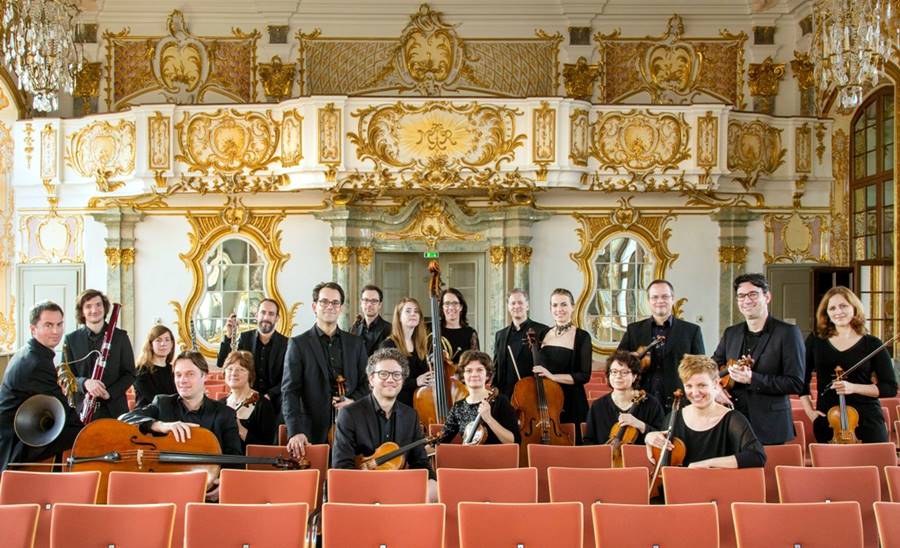 The Canary Islands Music Festival confirms that the concert of the Bavarian Chamber Philharmonic in La Palma remains as scheduled for tonight, Wednesday 14 at the Circo de Marte, in Santa Cruz de La Palma. The strict health prevention protocol that is applied in this scenario guarantees that the concert can be carried out without incident, with a rigorous control of the regulations currently in force to ensure a safe culture.

So the public will be able to enjoy tonight the crystalline sound, the perfect and natural music of this prestigious German formation that will perform a program that represents a good showcase of the history of music in the twentieth century, with works by Turina, Shostakovich, Barber, Williams, Macagni, Piazzolla and Rota, some of them well known thanks to the cinema.

Tickets are available at www.festivaldecanarias.com, where the Program of the concert, which will begin at 8:00 p.m.

The repertoire they perform responds to the “DNA” of this group, which includes recognizable pieces from film soundtracks such as the ‘Love theme’ from the movie ‘The Godfather’, the work of Nino Rota; and ‘Schlinder’s List’, a film by John Williams, or for having also appeared on the big screen as the ‘Symphonic Intermezzo of Cavalleria Rusticana’, the most famous composition by Pietro Mascagni that sounds in Scorsese’s ‘Wild Bull’.

The program offers other works also composed in the 20th century such as the ‘Chamber Symphony in C minor Op. 110a’, by Shostakovich (orchestration of the ‘Quartet No. 8 in C minor Op.110’, performed by his friend Rudolf Barshai), who wrote the original work in July 1960, during a visit to Dresden, devastated by the British and American bombings at the request of Russia. Also under the shadow of the wars, another of the works of the program, the ‘Adagio for strings’, by Samuel Barber, was composed during a stay of the author in Europe in 1936, when he was 26 years old, inspired by the disturbances known in Europe between the two wars.

It is completed by the pieces ‘The bullfighter’s song’, by Joaquín Turina, with a genuinely Spanish timbre, and the ‘Tango nº 1 for strings and violin solo’, a tribute to Piazzolla’s anniversary.

The Bavarian Chamber Philharmonic was founded in Augsburg in 1990 and just two years later, a co-production with Bayerischer Rundfunk resulted in its first CD, featuring music by outlawed composers from Theresienstadt, which received praise from the international music world. In 1996 he received the Prize for the Advancement of Music of the Society for the Promotion of Culture of the European Economic CircleThe high quality of this ensemble is attested by their auditions in Germany and abroad, as well as invitations to international festivals. Since 2004 he has organized his own concert series and in early 2009 he appointed Reinhard Goebel as his first guest conductor in order to deepen his successful collaboration with this distinguished musician.

The orchestra has produced CDs for all the major European labels. Among those recordings are Antonio Rosetti’s Horn Concerts, which received twice the highest award for BBC music. The new recording of Karl Amadeus Hartmann’s ‘Violin Concerto’ with violinist Suyoen Kim, a huge international success, and was voted as one by several radio stations in England and Belgium reference recording of all versions so far around the world.

The CD ‘Mozart de Paris’, with Reinhard Goebel, was awarded the coveted premio Diapson d’or in February 2008. In the same year the orchestra received the ECHO classic for the CD ‘Armida’, with soprano Annette Dasch. A recording of Mendelssohn’s’ Concertos for Two Pianos’, with conductor Christopher Hogwood and the ‘Silver-Garburg Piano Duo’, appeared in 2009. Among the many recordings made with Reinhard Goebel, the CD ‘Mozart 6 Concerti per il violino ‘, which was released in January 2014, deserves a special mention, as it received top accolades from the music press. In the spring of 2019, the acclaimed recording of the ‘Missa Solemnis en C’, conducted by Alessandro de Marchi, with the Das Vokalprojekt choir, marked the 300th anniversary of the birth of Leopold Mozart. This will be followed in January 2020 by a recording of three Mozart piano concertos with pianist Alexander Schimpf on Avi-Records.

But, in addition, the great interest of the orchestra in contemporary music is reflected in numerous early performances by composers such as Annette Fox, Alexander Rosenblatt, Manuela Kerer and Moritz Eggert, who have written works for this chamber ensemble.

Since March 2018 it has been expanding its offer for young audiences. Together with the pedagogue Stefana Titeica or in cooperation with Mehr Musik, the result is a series of children’s or family concerts. In addition, various interdisciplinary workshops are offered for teachers and school classes.