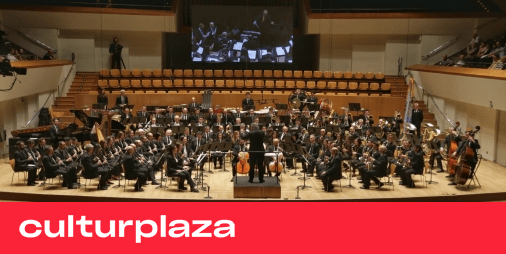 VALENCIA. (EP) La Valencia Provincial Council will hold its Music Bands Contest for the first time at the Palau de les Arts de València on the weekend of December 11 and 12, with the participation of eight musical societies from València and the municipalities of Alfarp, Chelva, Benigànim and Ador.

A raffle held this Tuesday in the plenary hall of the Diputación has determined the order of participation of the bands, in an act in which the changes in the contest were exposed after the parenthesis of last year caused by the covid-19, according to the provincial corporation has informed.

Due to the difficulties of the bands with the greatest number of musicians to present themselves to this type of competitions due to the security protocols against the pandemic, finally there will be eight musical societies that will compete in the second, third and fourth sections, leaving the Artistic Society Musical La Vall de Càrcer as a reserve for 2022 in the third section.

In the second section, the Santa Cecilia de Chelva Musical Society will compete, which will perform first, and the Alfarp La Lira Musical Protective Society, which will then do so with the Mare Nostrum by Miguel Asins as a work of obligatory performance.

The Provincial Council will grant these bands 4,000 euros for participation and another 3,000 euros if they get the honorable mention by a jury that, also for the first time, will not have any institutional representative.

This is one of the novelties together with the location and the scoring model, which aims to adapt to European standards by expanding the scale criteria from 4 to 10 so that the scores are more objective and accurate. Along the same lines of artistic improvement, the jury may have an international character and will be chosen from among professionals of recognized prestige in the field of music.

The third section will feature the participation of the Societat Musical La Tropical de Benigànim, which will open the contest followed by the Agrupació Musical Santa Cecilia de Ador and the Agrupació Musical Carrefa Fuente de San Luis, which will perform last. These bands will receive 3,500 euros for participation and 2,500 euros if they get the honorable mention, and they will have to perform La Festa de les Falles by Ferrer Ferran.

Finally, the fourth section of the Contest of Bands of the Provincial Council will be made up of companies from the capital and their districts, which will receive 2,500 euros for participating and 2,100 if they obtain the jury’s prize. The Societat Amics de la Música de Benifaraig will perform first, followed by the Sociedad Instructivo Musical El Palmar and the Banda Jove de l’Agrupació Musical Santa Cecilia de El Grao. All of them have the Verses del Alba de Julio Domingo as a compulsory work.

The provincial head of Bands, Jordi Mayor, has highlighted that “it is a satisfaction to resume the contest after the interruption as a result of the pandemic, which has had a strong impact on musical societies with serious problems to maintain their sociocultural activity.” In this sense, he has valued “the resilience and adaptation capacity of Valencian music bands”.