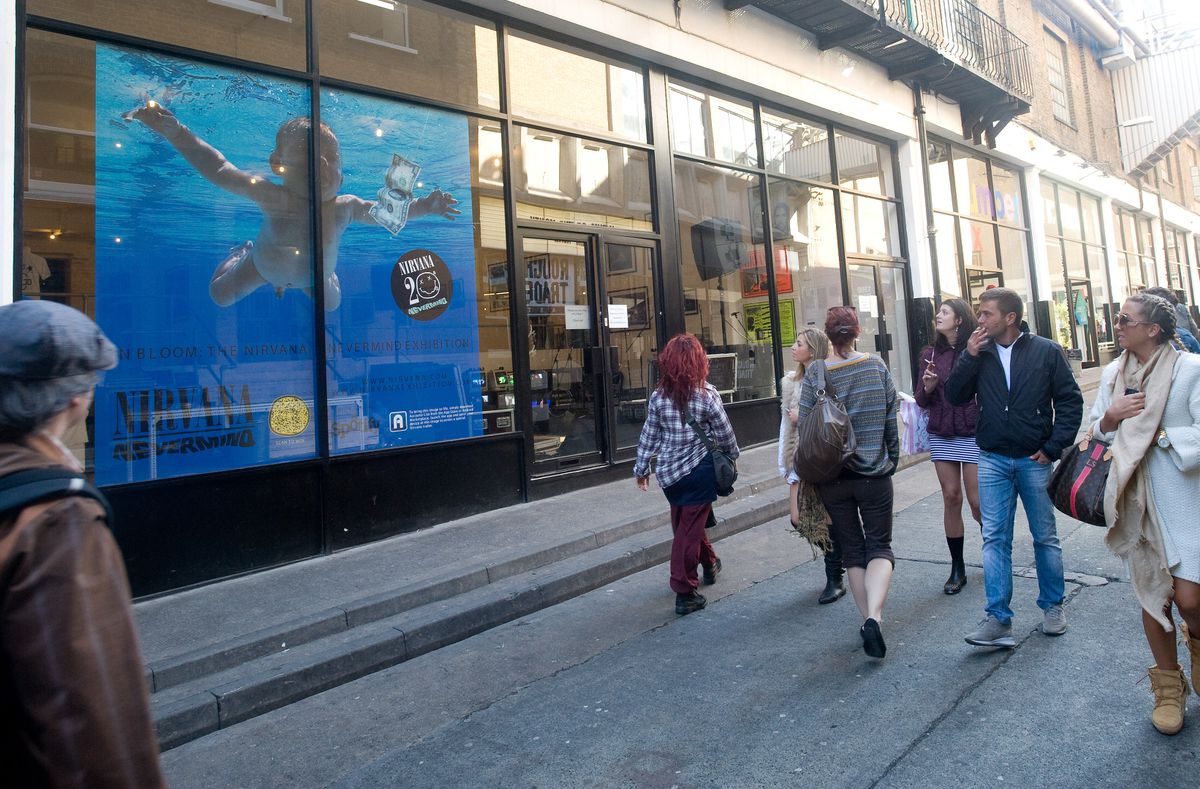 The American Spencer elden he was not just any child. 30 years ago, when he was barely four months old and without being aware of it, he starred in one of the most famous covers in the history of music: Nevermind, the album that catapulted fame to Nirvana and put the grunge on the international radar. “It’s strange to be part of such a culturally iconic image because I really had nothing to do with it. My mother has a crazy story. He says that, when he was young, he had a kind of vision that his baby was going to be everywhere ”, he told the pages of The Guardian in 2015.

That’s how it went. Taking into account that the second feature of the extinct band led by Kurt Cobain has sold more than 30 million copies since its launch, and that the cover has been reproduced ad nauseam on all kinds of products from merchandising, His face is anything but unfamiliar, and it is found in literally millions of homes, entertainment venues and showrooms around the world.

Initially, both the group and Robert Fisher, the art director of the Geffen Records label, came up with a much more explicit visual concept to illustrate Nevermind. “Kurt wanted a baby that was being born underwater. Back in those days, before the internet existed, you had to go to your local bookstore and browse birthing books to find photos. So that’s what I did … but there was no way to make a cover out of it. I couldn’t find any good photos. They were all too explicit to use ”, explained Fisher. After discarding the idea of ​​showing a birth, they had no choice but to resort to a submerged baby.

“Then Kurt came up with adding a hook to make the scene more shocking. We spent the afternoon sitting thinking about all the fun things we could put in it. For example, a piece of meat, such as a large raw steak. Or a CD or something that served to symbolize the music. We went to eat and we were like: ‘How about a burrito?’ Also: ‘How about putting a hot dog?’ We were like this for hours. I don’t remember who came up with the idea for the dollar bill, but we all thought it was pretty good. “

With the premise already clear, it only remained to find an executing arm. The chosen one was the photographer Kirk Weddle. “At that time I was trying to make a name for myself as the boy in underwater photography,” he narrated in The Guardian in 2019, “but when they asked me to do the cover for Nevermind I had no idea if I could do it. Taking pictures of a baby was new to me. I didn’t want him to end up drowning because of me! ” Fortunately, there was no misfortune to mourn. Above all, because the hook and the bill were inserted in a laboratory days later.

For that session of just five minutes, held at the Pasadena Aquatic Center, he charged $ 1,000 (about 820 euros at current exchange rates). The figure covered everything: from the necessary equipment to hiring a diver for possible rescues. “I knew I had the good photo. It’s the thing about old-school photographers – as a professional, you need to know you have the right one before you go. However, I wasn’t sure if the record company would accept it. So, just in case, I decided to go to a children’s swimming school and put half a dozen babies in the water. There was a 10-month-old girl that I thought might work, so I took a profile picture of her. But the record company loved Spencer’s original, “Weddle explained.

“They ended up choosing me. And I think it was due to my penis – a lot of the other babies were girls. I’m glad it wasn’t for something like an album by the Backstreet boys“Spencer joked about it in the interview he gave in 2015. In the same he added:” My parents knew who Nirvana was, but they weren’t very interested in the scene. grunge. My father, rick [quien trabajaba en Hollywood como artista de efectos especiales]At that time, he was attending art school and his friends often asked him for help with their projects. That’s how his friend Kirk called him and said, ‘Do you want to earn some money today and throw your son in the pool?’ My parents took me there, apparently they blew on my face to stimulate my immersion reflex [que hace que los bebés cierren la glotis en el agua], they submerged me, took some photos of me and took me out. That was it. They paid them 200 dollars and they went to eat tacos afterwards ”.

At first, the one known as Nirvana baby he was proud of his aquatic feat. He even got the logo of Nevermind on the chest. After leaving his studies a year before graduating from high school, his parents encouraged him to enter a military school. It didn’t last long, by then I already knew that he wanted to dedicate himself to the art world. His first chance came thanks to Shepard Fairey, the graphic designer behind the poster. Hope (hope) that Barack Obama used during his presidential campaign. She spent five years with him. He currently continues to reside in Los Angeles and is professionally dedicated to urban art.

Of course, as in any good story, there is also a less friendly side here. Unlike when she was a teenager, over time Spencer has changed her speech about her participation in the famous cover. Although in 2011 took a joke that many people laughed at the size of his member – “my girlfriend knows the truth about that,” he said, in 2016 he told the magazine Time just the opposite: “When I go to a baseball game I tend to think, ‘Man, everyone in the stadium has probably seen me naked as a baby.’ I feel like my rights as a person were overridden ”. Nor did it sit well with him that neither of the two surviving members of the gang, Dave Grohl and Krist Novoselic, have contacted him.

Another aspect that helps to understand this resentment is that the Eldens, beyond the 200 dollars that Kirk Weddle gave them, have not received since 1991 a penny for rights to an already legendary image. In reality, when Spencer turned one year old, Nirvana’s label just sent them a platinum album and a teddy bear. “Everyone who participated in the album has tons and tons of money. I feel like it’s the last of the grunge. I live at my mother’s house and I drive a Honda Civic. It’s hard not to get angry when you hear the amount of money at stake, “he explained in Time. Five years ago the possibility of taking legal action against Geffen Records was raised, but ended up giving up, thinking it was a losing battle.

Elden’s case is not unique in the world of music. It’s littered with covers, especially debuts that weren’t expected to sell much, that eventually became legendary. Roxy Music’s first album, titled after the group and released in 1972, has one of the most recognizable covers in rock, with model Kari-Ann Muller posing as a pin-up from the fifties. She charged 20 pounds for that photo.

In the case of the famous Meat is murder (1985), from The Smiths, the disc contains a quadruple image of a soldier whose helmet reads the title of the disc. His name was Michael Wynn, he was from Ohio, he was then 20 years old and the image was captured by photographer and director Emile de Antonio for his documentary on Vietnam In the year of the pig (1968). Wynn, like Spencer Elder, is not too happy.

On an official war veterans website, wrote in 2019: “They never contacted me to tell me that they were going to use that photograph. And I didn’t really like that The Smiths changed the words. I found out about all this when my sister found the album one day while shopping. ” In the original photo his helmet was not written “Meat is murder”, but: “Make war, not love.”