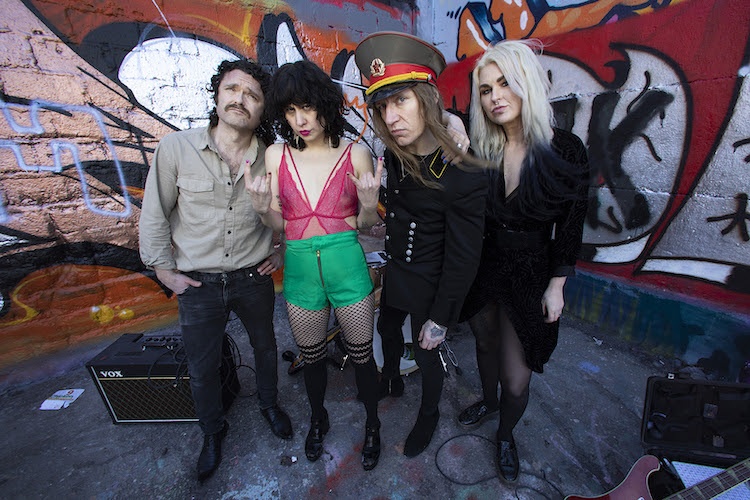 The swedish punk group The Baboon Show they return with the single “Oddball”. In March 2022 they will visit Spain on the occasion of the presentation of their next EP, which is scheduled to be released on January 28 next year.

“This new seven-inch EP from The Baboon Show is for everyone Oddballs Out there, all the misfits and outcasts who want to fit in or not. We do feel like Oddballs. Be who you want to be and have fun doing it. Oddballs, we salute you! ” proclaims the band.

After the release of the EP, The Baboon Show will perform on March 10 in the Capitol Hall from Santiago de Compostela, the March 11 at Santana 27 on Bilbao, the 12 in the Apollo room on Barcelona and the 13 in the But room from Madrid. Tickets are now on sale.

The Baboon Show formed in late 2003. With the release of a six-song EP in 2004 they began touring all over Sweden. The Baboon Show signed to the indie label National and released their first three albums in a period of one year and seven months. In addition to Sweden, the punk group have also played in Norway, Finland, Greece, Denmark, the Czech Republic, France, Germany, China, and Cuba.

They began to gain popularity with their fourth and fifth albums. “Punk Rock Harbor” (2011) and “People’s Republic Of The Baboon Show” (2013), produced by Pelle Gunnerfeldt, a producer also of The Hives and Randy, for which they were nominated for various awards in Sweden. Last year, the Swedish band released the EP “I never say goodnight”, the recording of which was delayed by the crisis caused by Covid-19. At that time, they already announced that a new album was on the way, but due to the pandemic they have postponed it to January next year.

The EP, to be released on January 28, will be accompanied by a comic illustrated by Gabriel Renner twenty color pages and an embroidered “Oddball” patch. Doctor Rock made the script based on memories and true stories from the tour of “The Baboon Show”. It’s really cool work and a lot of fun. Comic and patch are available and pre-order can be done here.