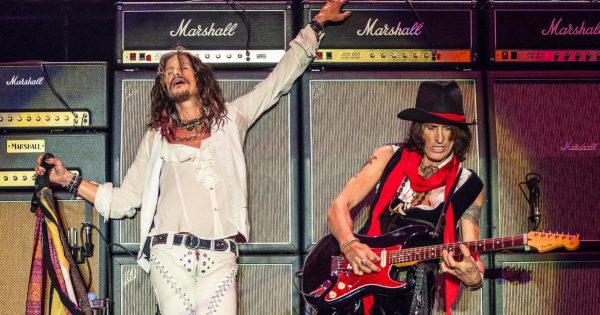 An agreement of Universal Music Group (UMG) will allow Aerosmith to gather its entire music catalogl. Because of this the 50 years of the band, which will be celebrated in 2022, will have for the first time an unprecedented, half-century compilation album from the iconic rock band.

Universal Music and Sony have been the two record labels that have accompanied the band throughout its almost 50 years. In that sense, the announcement becomes relevant because it is the first time that the entire musical catalog has been unified.

As reported UMG Aerosmith will celebrate the 50th anniversary with them. Also the entertainment brand “It will be the home for future music projects, as well as working with the band to develop, produce and distribute new films, television and other audiovisual content projects that celebrate the history of Aerosmith and its significant cultural impact,” claims UMG.

Strictly speaking, Aerosmith’s anniversary was 2020, but the global pandemic has delayed the celebration.

This musical novelty and celebration of Aerosmith, will make use of the historical «Vindaloo Vaults»; as well as the personal files of the band members Steven Tyler, Joe Perry, Tom Hamilton, Joey Kramer y Brad Whitford.

Collections of music, photos, video sequences, works of art, diary, song lists and memories all these elements will add to the new surprises that UMG prepares for the anniversary of the band.

One of the most iconic rock groups has among its legacy being the best-selling hard rock group in history; also in 2001 they would enter the Rock and Roll Hall of Fame.

Aerosmith co-founder and lead guitarist Joe Perry told UMG “It has been a long road, but I am extremely happy and proud to say on behalf of Aerosmith that we have been able to bring our 50 years of music under one roof by partnering with UMG. . This will allow us to bring our music to our fans in a way that we have never been able to before. It’s something we’ve dreamed of for a long time. It’s a win for Aerosmith, UMG, and ultimately our fans. Needless to say, we are very excited. It’s an amazing way to celebrate 50 years and many more years to come.

In this way, Aerosmith will celebrate five decades as a band of its stature deserves: in a big way.