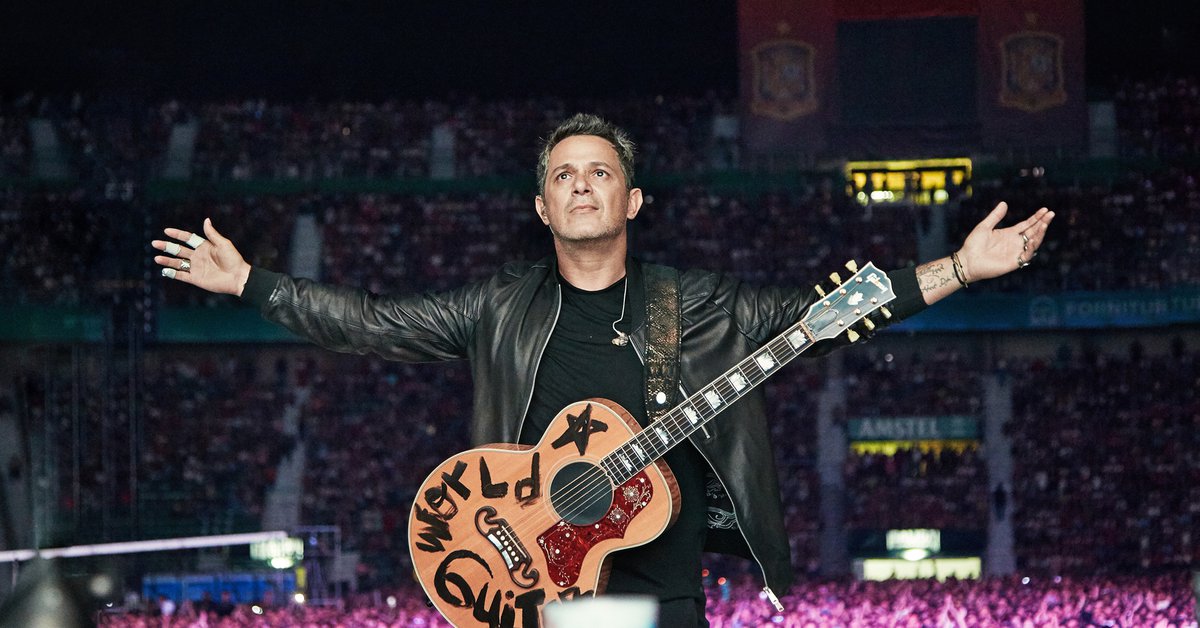 “How can you call it ‘revolution’?” the singer asked his almost twenty million followers. “Call him ‘I’m sorry’ and let Cuba continue”, he sentenced.

But it is not the first time that the multi-award winning Spanish artist questions the Cuban regime, in check since July 11, thousands of people took to the streets demanding a change.

Since 2010, Sanz has raised his voice against the direction the island has taken and whose crisis has been exacerbated by the COVID-19 pandemic. In a television interview that year he explained that he refused to participate in the “Concert for Peace” because on the island it is not possible to express oneself freely and because “in Cuba what the regime says is done.”

In 2019 he criticized the authorities for the handling of humanitarian aid collected for those affected by a tornado that hit Cuba and recently, as a result of the national outbreak of the On July 11 on the island, Sanz expressed his full support for the Cubans.

Cuban-American citizens in a demonstration in support of dissidents (Photo: EFE)


So some people spontaneously coordinated the campaign #SOSCuba through Twitter, Facebook, Telegram and WhatsApp to collect money, medical supplies, food and other supplies and send them to the places most affected by the pandemic. On the initiative Then civil society organizations, government organizations and citizens of Cuba joined, Spain, England, Ecuador, the United States and other countries that have organized in solidarity and demand a humanitarian corridor in the face of the health emergency.

Thousands of Cubans took to the streets that day to protest against the Castro dictatorship. The demonstrations began in the town of San Antonio de los Baños to the shout of “Down with the dictatorship!”, “Freedom” and “homeland and life”, but then they spread to other parts of the country such as Palmas Soriano (Santiago de Cuba), Havana and Guira de Melena and Alquízar, both from the province of Artemisa.

The response of the dictatorship were arrests, threats and constant repression. With changes, human rights organizations and dissident movements have accounted for almost 400 arrests since then.


The arrests occurred for dictatorship forces, mostly plainclothes agents, who began their raids after Miguel Díaz Canel called the “communist revolutionaries” to go out to fight the protesters.

In parallel to the arrests, the dictatorship blocked mobile dataWithout access to social networks, the protesters could neither find out about more demonstrations nor spread what was happening there to the rest of the globe.

Unlike previous marches – such as the Ladies in White (a group of mothers and wives of political prisoners) and the San Isidro Movement (artists who demand freedom of expression) -, These demonstrations have spread beyond their small enclaves and have been made up of tens of thousands of Cubans, despite harsh repression tactics.

The IAPA called for the union of organizations in favor of a free press in Cuba
Former Latin American presidents, leaders and journalists warned about the “myth” of the Cuban dictatorship
José Daniel Ferrer, 35 days missing in Cuba: “Díaz-Canel gave the order for his kidnapping”