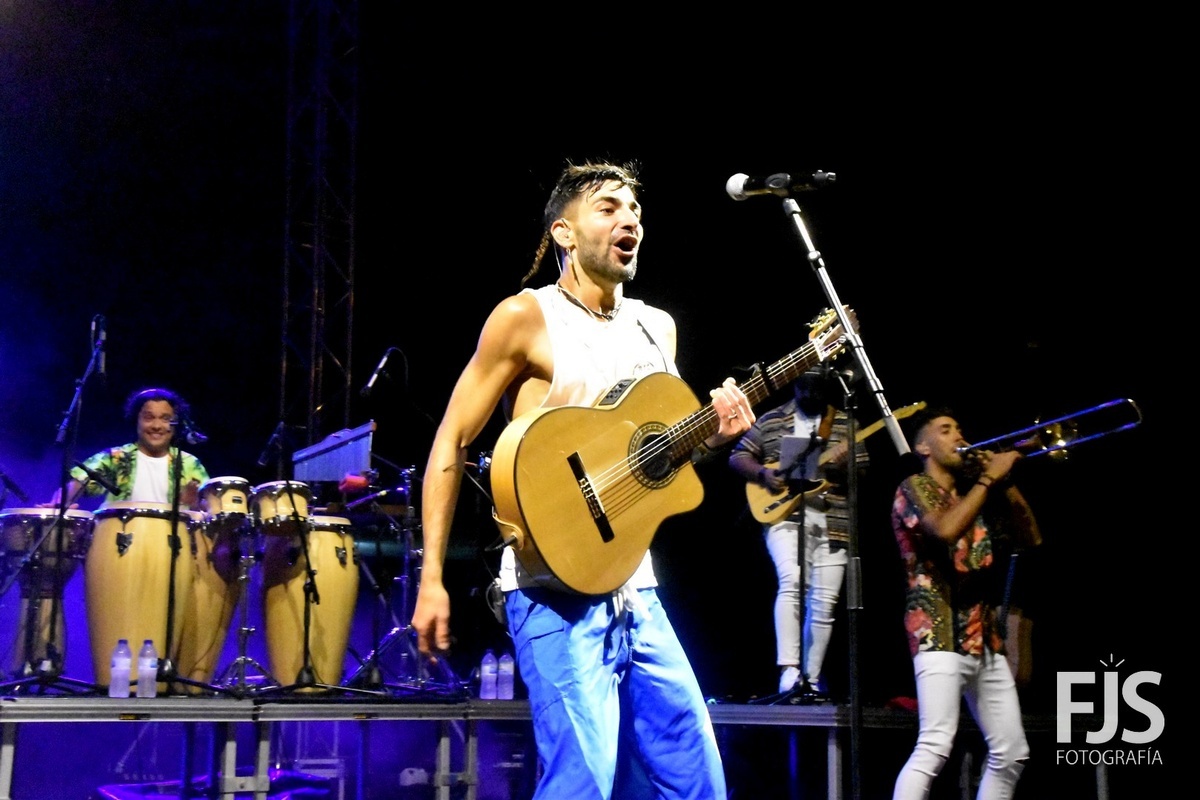 Telde closed a new edition of the summer campaign last night Ride the wave of life with the first mass outdoor concert to be held in the city during the current coronavirus pandemic.

It was in the José Vélez Auditorium of the San Juan urban park and was in charge of El Vega Life, creator of the “Rumbita Canaria”, known for his music and for his peculiar natural and positive way of life.

His rhythm caught the public who gathered at the venue and made them enjoy his compositions that give off a will to live, happy songs, with touches of humor that play with his identity as a Canarian.

The singular voice of this singer was in charge of putting the finishing touch to this intense summer campaign in a successful choice of the team of the Department of Culture and Youth led by the centrist mayor Juan Martel.

This Canarian musician already has more than 20 million visits on his YouTube channel, has reached the number one position of the 40 Principales de Canarias, has managed to make his five of his songs the song of the summer and has offered with great success concerts in cities such as Cádiz, Valencia, Seville, Granada and Malaga, taking the name of the Canary Islands to festivals such as Viña Rock, Cabo de Plata or Arenal Sound.

Culture and Youth has shown its joy to be able to celebrate, at last, an outdoor concert in the summer campaign, the first since the pandemic was decreed, “a recital that the public lived with joy and enthusiasm, enjoying a happy evening with a good atmosphere “.

Remember that the acts of Ride the wave of life They have been held in different settings: the Youth House, the Municipal Theater and the auditorium itself, with an excellent response from the public and high participation in attendance at the workshops, theater, cinema, music, humor, family activities, etc.

They have been three intense months of activity in which many artists and companies related to the local culture, of our municipality and of the island have been given the opportunity. ” We have supported what is ours when it is most needed ”, highlights from Culture and Youth, which thanks all the people who have participated and filled all the events with their presence. “Our gratitude to those who made this beautiful youth, cultural and educational adventure possible”, they finally assert.