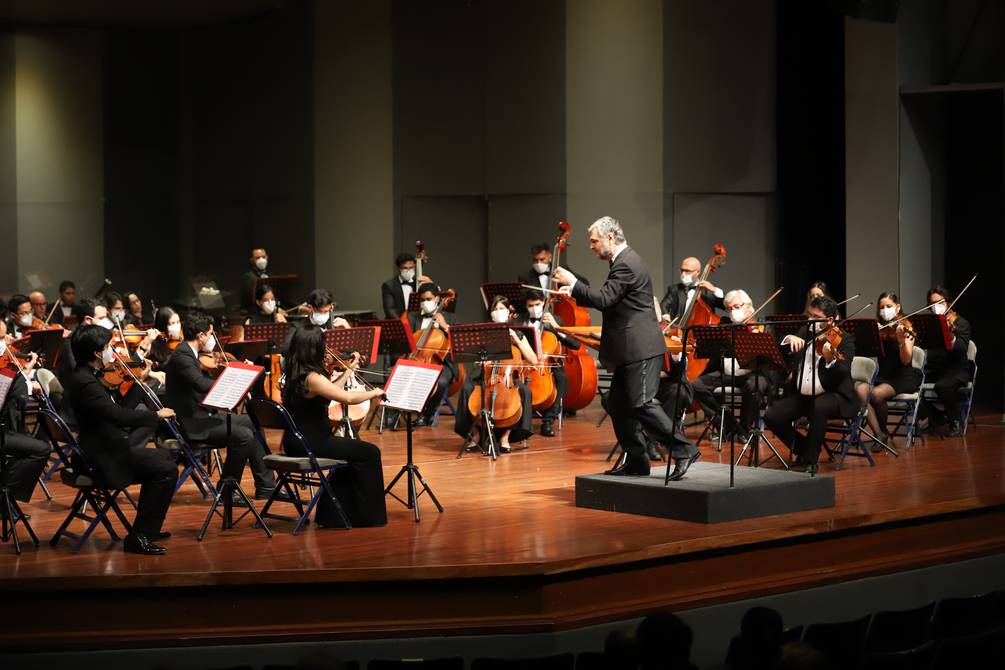 The musical program was in charge of the Municipal Philharmonic Orchestra of Guayaquil, on the night of Saturday, September 18.

There are few companies in Ecuador that can get their chest out of completing a century of experience. EL UNIVERSO newspaper has just joined this honor roll, a fact that the board of directors of the León Febres-Cordero Art Center Theater celebrated with a concert by the Guayaquil Municipal Philharmonic Orchestra, the night of Saturday, September 18.

The musical tribute for the 100 years of the newspaper started at 7:00 p.m. with the overture of the opera The Clemenza di Tito, by Mozart, under the direction of the maestro David Harutyunyan. Next, Tigran Matevevosyan, Armenian violinist guest of the Philharmonic, captivated the audience with his intervention in the piece “Meditation” by the On. 42 by Tchaikovsky, which just evokes the memories of a much loved place.

The 50 musicians of the orchestra also delighted the listeners in the main hall of the theater, partially occupied due to the limited capacity required by the pandemic, with the melodies of the Symphony 17 (in G major), by Mozart, and the Symphony 4, also known as “the Italian”, by Mendelssohn, among others.

“The ‘city theater’ celebrates the Diario de su ciudad, of the country, because through EL UNIVERSO the history of Ecuador, Guayaquil and the existence of our theater has been collected ”, highlighted Mrs. Graciela Jalón Lent, a member of the TCA board of directors, once the presentation was over. “Our wish was not to miss this important date.” Dona accompanied her Silvia Rivadeneira Avellán, first vice president of the theater, for whom the newspaper has been the largest disseminator of the news of the TCA in all its times. This concert was his recognition.

The evening ended around 8:30 p.m., with an intimate and casual toast among the attendees in the theater’s cafeteria, which was decorated with the banners allusive to the centenary of the newspaper.