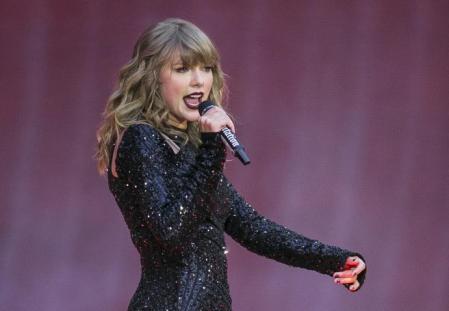 Climate change is one of the most addressed issues by most States in the world. The planet is suffering from excessive overheating in recent decades. In recent weeks, many celebrities have been targeted for making short-haul flights with their private jets, planes that favor pollution. There are many who think that it is a type of transport that could be expendable. Now, a study reveals that the private jet that has polluted the most so far in 2022 is that of the renowned singer Taylor Swift. The environment of the singer has already spoken about it.

The debate was put on the table by a photograph published by Kylie Jenner on social networks. The youngest of the Kardashian clan received a barrage of criticism for publishing a “post” on Instagram where she appeared with her partner, Travis Scott, along with her two private jets. “Do you want to ride mine or yours?” Jenner captioned the photo. The news made thousands of headlines worldwide, and the socialite It was harshly criticized in the comments of the photograph.

As soon as the journey they had made became known, the criticism was even harsher. Both celebrities traveled by jet on a journey that lasted approximately 12 minutes. The debate was served on a plate, since many environmentalists denounced that the trip could have been made by car, a polluting agent, but not comparable to the emissions generated by a private jet of these dimensions. Jets are the worst offenders of emissions per passenger, since there are more passengers on a commercial plane and the total emission is shared, but that does not happen on a private jet.

But it turns out that Kylie Jenner is not the famous one who leads the greatest use of private jet in this 2022, despite being the most criticized. To the surprise of many, the celebrity that has polluted the most in CO2 emissions through her private jet is Taylor Swift. This is revealed by a study conducted by yard. The singer of hits like Blank Space either lover It is the famous one that has polluted our skies the most since the beginning of this 2022.

This is revealed by an investigation of more than 1,500 flights through Celebrity Jets, a record that records the use of all the private jets of the most internationally recognized celebrities. The study has concluded that neither Kylie Jenner enters the ‘Top10’ list of the most polluting jets. On the other hand, Travis Scott does, her partner and father of her two children. The renowned rapper is ranked number ten.

The data obtained by the study are alarming. According to Yard, each celebrity has emitted an average of 3,376.64 tons of CO2 emissions just from using their private jet in 2022. That’s 482.37 times more than the average person’s annual emissions, since an average person it emits an average of 7 tons of CO2 per year. It has also been revealed that the average flight time is only 71.77 minutes, with an average distance of 66.92 miles (about 106 kilometers). Really short journeys for which it is worth using other less polluting means of transport.

Criticism of the 32-year-old singer has not been long in coming. “I recycle garbage and go shopping with a cart to avoid plastic bags. Meanwhile, Taylor Swift has emitted 8,200 tons of CO2 in one year on private flights, 1,100 times more than the annual emissions of an average citizen. The change climate are the rich”, said a user on Twitter.

After the publication of the study, the singer’s environment wanted to come to her defense. Her representative wanted to point out that Taylor’s jet “is regularly loaned to other people. Attributing most or all of these trips to her is flagrantly incorrect.” A defense that seems insufficient for many environmentalists, who continue to think that the use of this type of ship is excessive and immoral.