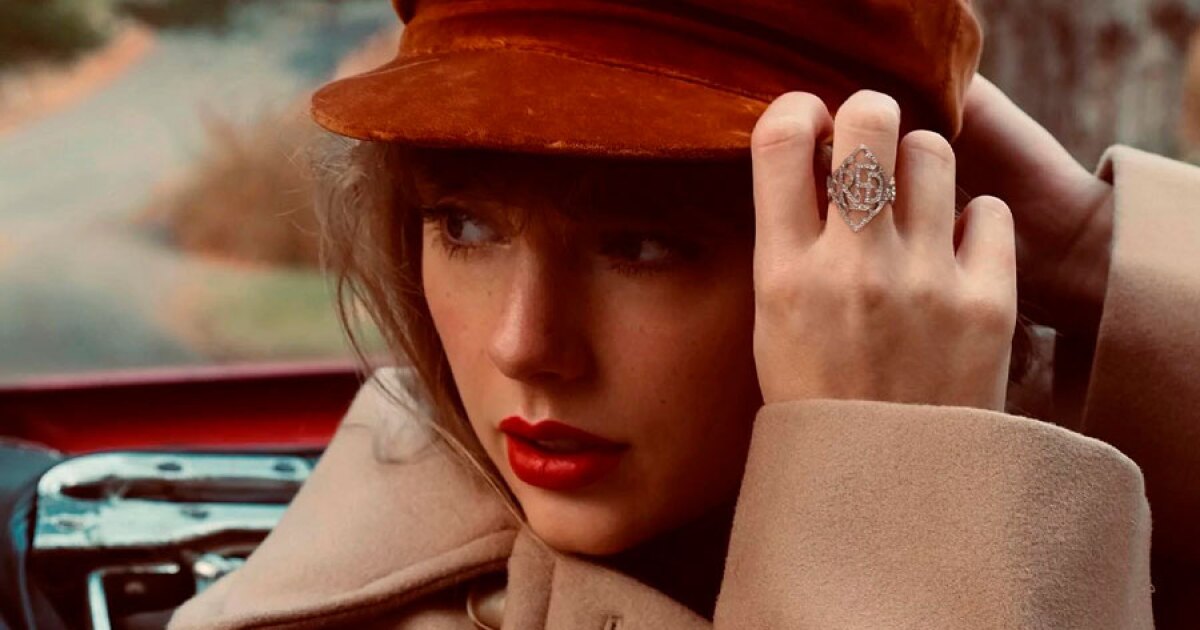 Red (Taylor’s version) It has been a success: it has the highest number of streams on a single album release day by a female artist in Spotify history, with more than 90.5 million.

Why is Taylor Swift making new versions of her albums? In 2019, she regretted the sale of her former label, Big Machine Label Group (BMLG), to Scooter Braun (who was also Kanye West’s manager). This caused her to lose the opportunity to have the original recordings of her first six albums. Given this, the artist decided to reject requests for her songs to be part of commercials, movies or any other space.

In an interview with Billboard in late 2019, Swift announced that she would redo all the original recordings of her albums. “I want my music to remain. I want it to be in movies and commercials, but only if it’s mine. “.

Taylor’s case has put artists and industry thinking about how copyright should be handled. Taylor’s plan has a lot to do with how the rights to the original recordings (also known as “masters”) were handled.

Masters is an old term in the industry. In the pre-digital age, it referred to the high-quality physical tape (or vinyl record) from which all subsequent versions of a track were played. Whoever controlled the “master” controlled its subsequent playback.

Today, we no longer use physical master copies. Instead, the term “masters” is used colloquially to refer to to the legal right that allows you to control the reproduction, distribution and public performance of a work, that is to say. controlling the copyright of the recording.

In theory, copyright law gives artists rights to “masters”, as “authors” of the recording. In practice, however, Each record label contract usually includes a clause in which the artist grants the label an exclusive and full license to the masters.

“It seems strange that the artist has to go through all these obstacles just to control the art he made, right? Well yeah, but this is the beast of the modern pop music industry; the contracts are bad, venture capital is king and the label has the upper hand ”, , Attorney at Public Knowledge.

5. Seems weird that the artist would have to go through all these hoops just to control the art they made, right? Well, yes, but this is the beast of the modern pop music industry; contracts are bad, venture capital is king, and leverage is always with the label.

For several years, Taylor tried, unsuccessfully, to regain the rights to his “masters.” Throughout history, artists like Billy Joel have wanted to do the same, but have not succeeded.

Prince also became famous for questioning record label practices and wanting to be in control of every aspect of his music.. The fact that an artist could not have his original recordings was something “completely aberrant” for him. That’s why he made one of his most famous moves: he changed his name to an unpronounceable symbol hoping (wrongly) that his contract with the label would not apply if he was no longer Prince.

Since his departure from Warner in the late 1990s, the musician owned his recordings and distributed them through an independent label that he created. Until his death in 2016, he did not rest to achieve his creative independence. “He opened the door for artists to think more about how they wanted their music to be distributed,” Gary Stiffelman, Prince’s attorney from 1986 to 1994, said on Billboard.

Why is it so difficult for artists to claim their rights?

In the 1970s, Congress created what is called a “right of withdrawal.” That right says that 35 years after the artist gives the label a license for his work, the artist can stop it at any time.

The system that Congress created is riddled with procedural hurdles, strict time requirements for the artist (can’t file too early, can’t file too late), and “work-for-hire” exceptions that the music industry has made. abused beyond recognition.

Although there is the right of artists to claim what corresponds to them, in practice it is extremely difficult to enforce it. For this reason, several organizations are working for it. Public Knowledge leads a petition to review this right.

“The time has come for Congress to take action and direct the Copyright Office to conduct a formal study of the right of withdrawal and find out how artists can (or cannot) exercise this important right. Only by shedding light on a problem that is often hidden from public view can we determine the best way to fix the system. This will help artists to take control of their creative future, support themselves and their families, and create new and original works that benefit us all ”, .

With the relaunch of her albums, Taylor Swift reaffirms her interest in making the music industry a safer and more convenient place for creators. Let us remember that in 2014, got streaming platforms to think about fair payment to artists.

Taylor Swift: a new chapter in her revolution to the music industry