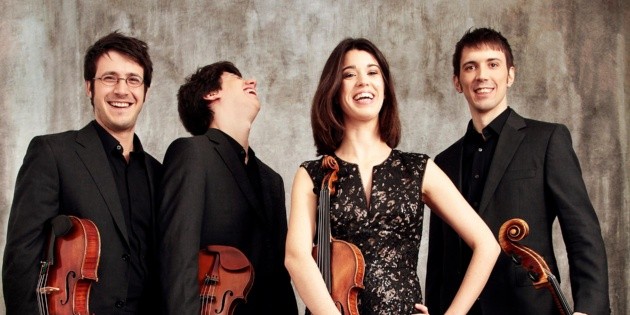 The act will take place coinciding with the celebration of Tots Sants. At 12 o’clock and in the city’s Plaça de les Cols, a string concert will be held open to everyone and which will be performed by the Gerhard Quartet, a group of four internationally renowned Catalan instrumentalists.

“With this act, we wanted to pay a small tribute to those people who have left us during this time and, at the same time, we wanted to accompany the families in mourning who have not been able to live as they would have liked. Tarragona does not forget its deceased and that is why we wanted to organize this event designed for everyone who has suffered a loss ”, explains the mayor of Tarragona and president of EMSERFUMT, Pau Ricomà, who adds that“ the concert of the Quartet Gerhard is a secular act and open to everyone ”.

A quartet of passionate chamber music

The Gerhard Quartet is a Catalan string instrumental group formed by four passionate about music. Robert Gerhard was a Catalan composer born in Valls and a disciple of Schoenberg at the beginning of the 20th century. Thanks to Gerhard, people like Webern or Schoenberg himself visited Barcelona very often.

This Catalan group is the winner of the third prize at the International Irene Steels-Wilsing Competition, in Berlin. He has also taken part in festivals such as the Bordeaux String Quartet Festival, the Mozartfest Würzburg or the Muzenforum Conciertan Bloemendaal. His commitment to newly created music is demonstrated in his performances at the CNDM Serías, in Madrid or at the Nuit de la Création, in Aix-en-Provence.

Tarragona will honor the deceased with a concert