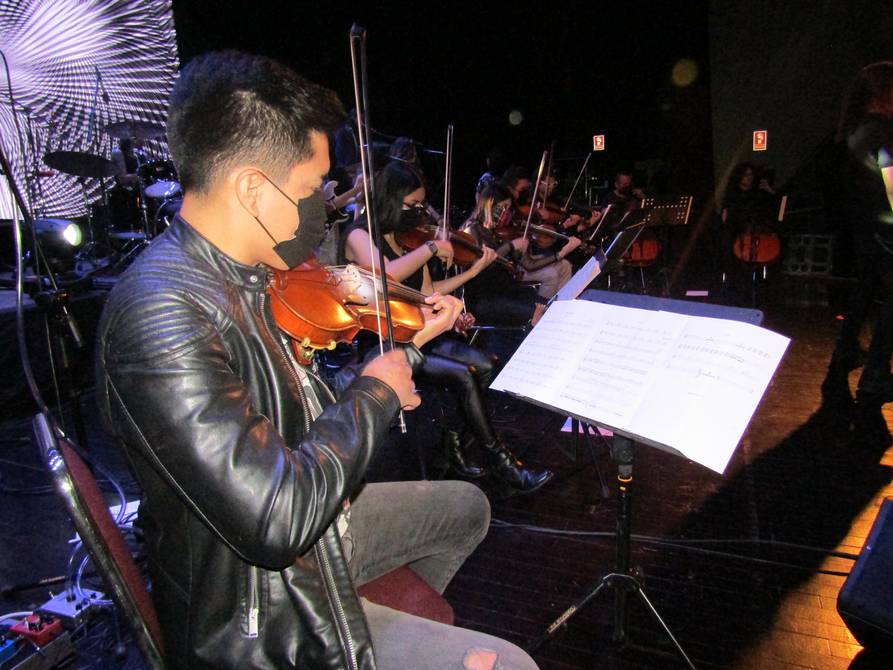 On stage there will be 20 musicians on stage, under the direction of maestro Felipe Aizaga, director and principal violinist at the Youth Symphony Orchestra Foundation.

These days the records Use Your Illusion I and Use Your Illusion II 30 years after its release and it is a good pretext for the songs of the American group to Guns N’ Roses play live again. The symphonic concert that will take place this Friday at the Casa de la Cultura theater in Cuenca coincides with this anniversary.

The music of the group led by Axl Rose and Slash It is a benchmark for rock fans and that is why Thunder Shows insisted on preparing a new tribute and symphonic concert. This production company was the first to reactivate face-to-face concerts in the city when months ago they presented three similar events, but with the themes of Pink Floyd, The Beatles and Soda Stereo.

For this occasion they handle a similar axis, this is to fuse symphonic music with the high decibels of rock n roll. On stage there will be 20 musicians, under the direction of maestro Felipe Aizaga, director and principal violinist at the Fundación Orquesta Sinfónica Juvenil del Ecuador.

He will lead the symphonic part, but the tribute band will be made up of José Salvador, main voice of Symphonic Incident, tribute band to Guns N ‘Roses. The manager of the riffs and the solos will be Ítalo Lima (Anima Inside guitarist), on the keyboards Fabrizzio Torres, Andrés Benavides (ex-drummer of Pulpo 3, Da Pawn, Colapso and Can Can), and Andrés Herbozo who among other projects accompanied the remembered guitarist Hittar Cuesta. .

Together, they will offer the people from Cuenca two hours and 15 minutes of concert where they will perform well-known songs that have sounded since 1987 as Sweet child of mine, You could be mine, Paradise city, November rain, Welcome to the jungle, Don’t cry, among others

Tickets have a value of $ 15, $ 20 and $ 30 for the different locations. The seats are numbered and available on the website www.thundershows.com and at Hotel Selina (former Hotel Crespo).

To guarantee compliance with biosafety measures, the organizers announce the presence of a cleaning company to disinfect the assistants, the bathrooms and the places of transit of people. In addition, distancing and the use of a mask are mandatory for the duration of the show. (I)