The opening show of San Marcos Fair 2022 was in charge of Steve Aoki and it took place at minute zero of this April 16. It should be noted that this cultural event in the state of Aguascalientes It had been postponed for two years due to the coronavirus pandemic.

After musicalizing the count that began the edition of the San Marcos FairSteve Aoki surprised the thousands of attendees with electronic music and imprinted his colorful style on the fair, even sharing giant balls for the public to play with them while they jumped and enjoyed their music.

The show was accompanied by colorful pyrotechnics and a very close interaction by the American producer with his audience, since the DJ invited people to play with their voices between songs.

DJ Steve Aoki was very warm with those attending this fair

The public at the San Marcos Fair showed solidarity during Steve Aoki’s presentation, as they managed to carry a person in a wheelchair and they took him to the stage, where he could take pictures with the producer. 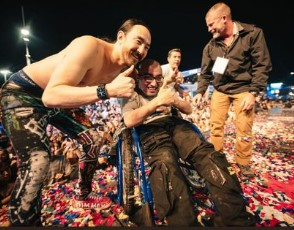 Besides, Steve Aoki performed his classic delivery of pastelazosa tradition that has been performed in concerts such as Tomorrowland in 2016, events in the states of Pachuca and Zacatecas in 2019, in Querétaro in 2019 and Lollapalooza in Chile in the same year.

Some lucky ones received a cake from Steve Aoki #CakeMe

This game consists of throwing a cake decorated with the name of this DJ directly in the face of the attendees, contrary to what might be believed, the person who receives his portion of bread and cream feels flattered. Such is the honor of receiving a cake from Steve Aoki, that a young man made a sign with the name “CakeMe”. 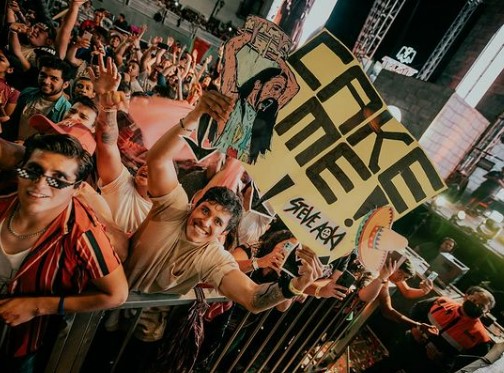 On the other hand, Steve Aoki surprised with the presence of Timmy Trumpet, an electronic music producer who became popular around 2016, the DJ also began his participation with a cartoon-style trumpet made of paper and a song by Panteon Rococo.

Timmy Trumpet and Steve Aoki performed a live “sample” of the song fix my soulafter the public went crazy when identifying the topic, they gave way to the rest of their presentation. 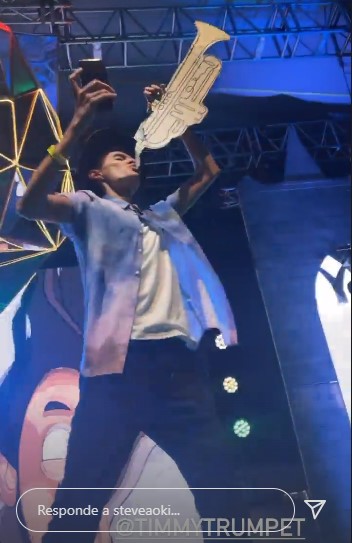 Each highlight of this presentation that lasted almost an hour and a half was shared by Steve Aoki himself on his Instagram account, in addition, he released a message with which he showed his love for the Mexican public of the San Marcos Fair:

“My biggest show in Mexico! About 200 thousand people. We took Aguascalientes last night. Incredible crowd ¡Viva México!”wrote the DJ of songs like send it Y waste it for me. Similarly, Steve Aoki tagged Nathanael Cano when the song they collaborated on came on. 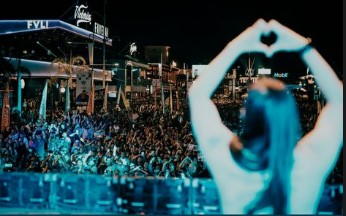 The DJ was delighted with his visit to Mexico (Photo: Instagram/@steveaoki)

The San Marcos Fair brings together a wide variety of artists, who perform in the palenque and town theater. Likewise, the festivity contemplates a commercial and industrial exhibition, where a livestock and local exhibition is held.

The official program of the San Marcos Fair can be consulted on its website and on their social networks, these are some of the artists who will participate in the Palenque of this event in 2022: 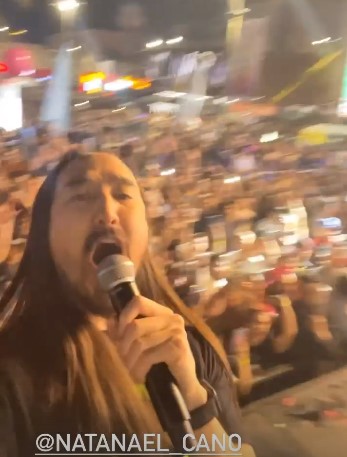 April 28: The Toucans of Tijuana 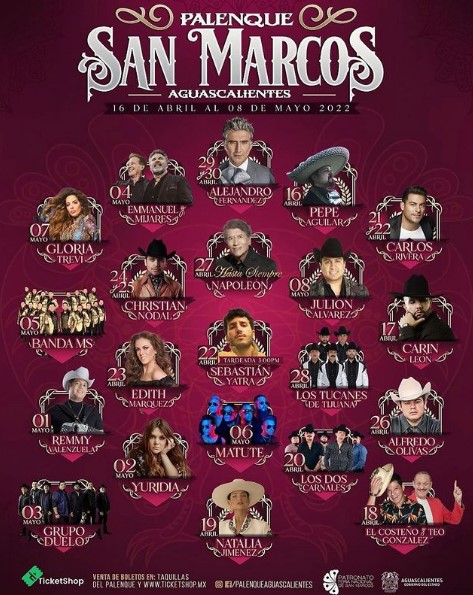 May 4: Emmanuel and Mijares

On the other hand, in the Forum of the Stars The following artists and bands will perform:

April 18: Three tenors in homage to Don Vicente Fernández, accompanied by the Symphony Orchestra and a mariachi 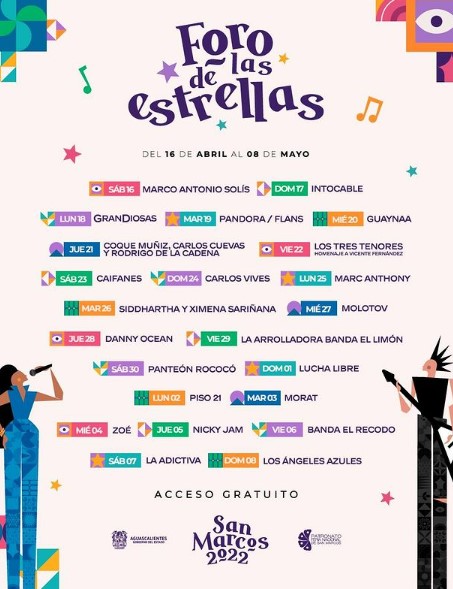 May 8: The Blue Angels

Due to COVID-19, the San Marcos Fair is suspended for the second consecutive year
Easter 2022: the paradisiacal destinations visited by famous Mexicans on their vacations
The best memes that Chris Martin and Coldplay left on their way through Mexico